Societal change on the horizon

Imagine what could be achieved if industrial policy focused on solving important challenges, or ‘missions’ like climate change, through collaborative innovation instead of just investing in individual 'traditional' sectors. 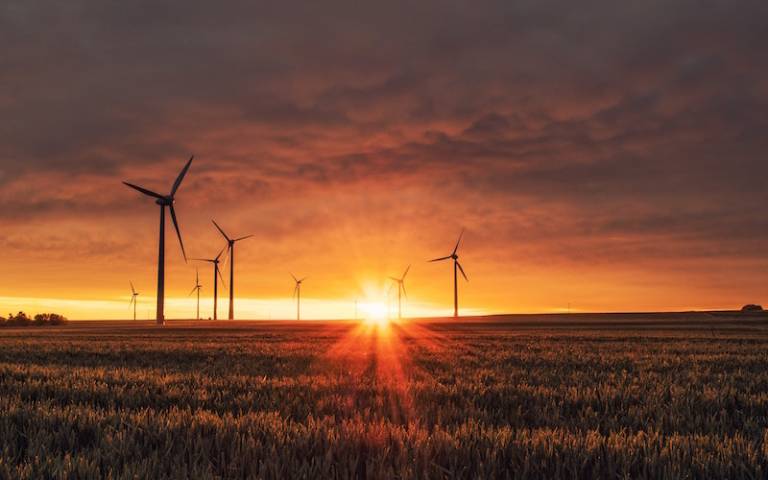 UCL’s Institute for Innovation and Public Purpose (IIPP)’s mission-oriented innovation is shaping global discussions about what a modern industrial strategy should look like.

Traditional industrial policy picks particular sectors for investment and incentives, for example the automotive, aerospace or creative sectors, often aimed at encouraging incremental changes and with a focus on individual technologies.

By contrast, a mission-oriented approach focuses on societal challenges rather than sectors such as climate change, an ageing society or the implications of artificial intelligence, and can stimulate innovation across many different sectors, where both public and private actors interact to solve.

This creates the potential for creating greater spillovers than a sectoral approach, whilst avoiding the risks of government capture by specific interests. Spillovers can occur for example when a technology invented to solve one problem later finds other useful applications. GPS was invented to better locate submarines and military equipment, but today it is used for hailing taxis and is critical to the $61 billion 'ride-sharing' sector.

“We need to define [innovation] missions that break down silos... We need to set our eyes on a specific target, and drive our scientific efforts towards reaching that target. And we need to be ambitious about it.

“Innovation-led growth is not just about fixing a market failure but also about setting a direction and creating new markets. If you just tackle the market failure, you can head into the wrong direction. So we need to set a direction for the future, and having a clear mission is a way of doing that.

You can read more about mission-oriented innovation in a report for the EC setting out how Horizon Europe could be shaped to direct European innovation towards big missions like climate change or clean air.

IIPP are working closely with the European Commission to implement this thinking and to deliver the €100 billion Horizon Europe program. Just in July this year, they launched a follow-up report titled Governing Missions at the EU Competitiveness Council in Helsinki which focusses on three key areas: funding and finance, public sector capabilities, and citizen engagement.