One of the top challenges in tackling cancer is catching it early enough to carry out effective treatment. Two UCL research groups are working to improve cancer screening programmes to benefit thousands more people. 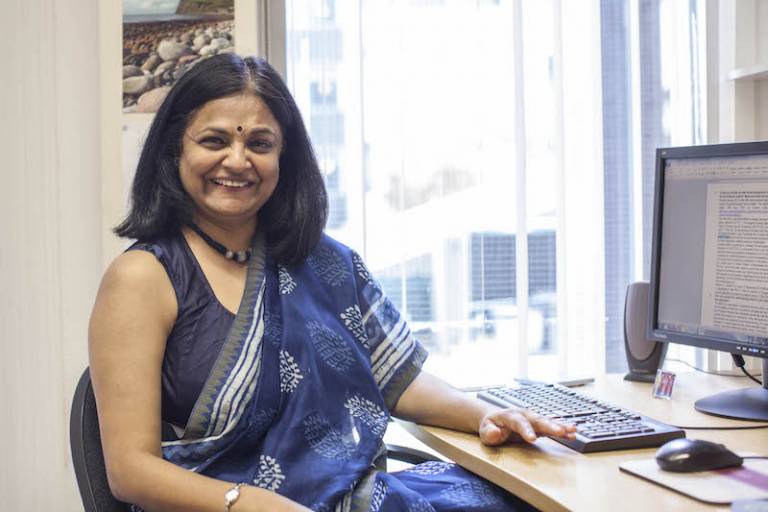 Bowel cancer is the second most common cause of cancer death in the UK.  Chances of survival are higher if the cancer is diagnosed early on. The NHS provides screening for bowel cancer but uptake has been poor in the most disadvantaged areas of the UK.

The ASCEND study, led by Professor Rosalind Raine (UCL Epidemiology & Health Care) and Professor Jane Wardle, aimed to reduce these inequalities through a variety of different evidence-based strategies such as endorsement by patients’ own GPs and enhanced reminder letters.

These strategies increased overall uptake and the enhanced reminder letter was also more effective in the most socially disadvantaged groups, thus reducing inequalities by delivering the greatest benefit to those with the greatest needs.
With minimal running costs, the interventions were seamlessly implemented at a national level. The researchers calculated that their interventions would enable 59,000 more people to take the screening test each year, resulting in over 90 additional cancers and about 250 risky polyps being identified annually.

“The research process and findings has led to a strong evidence base in service development and improvement to patient pathways in bowel cancer screening.

For ovarian cancer, a screening programme is not yet available. Despite significant advances in treatment, only about 45% of women survive for five years or more, largely because ovarian cancer is usually diagnosed at a late stage.

A team led by Professors Usha Menon (UCL Institute for Clinical Trials and Methodology) and Ian Jacobs (previously at UCL Institute for Women’s Health) has been working on whether screening picks up the disease earlier and save lives, with a major trial with over 202,000 women and 11 years of annual screening. Women who had no screening were compared with those screened with either a vaginal ultrasound or a blood test.

The researchers found that the blood test picked up the cancer earlier and the screening method appears to be cost-effective.
Extended follow-up is now underway to establish whether this results in lives being saved. If successful, then the blood-based screening programme may be able to reduce ovarian cancer deaths by a fifth.

The final results of the 20-year study should be available in 2021 to help the NHS make a decision as to whether to introduce ovarian cancer screening.

“If we are able to show that a simple blood test could save lives, then it would be possible for the NHS to introduce a screening programme for ovarian cancer, similar to breast and cervical screening.