Athena SWAN in the Faculty of Life Sciences

Launched in June 2005, the Athena SWAN Charter aims to encourage the recruitment, retention and promotion of women in Science, Technology, Engineering, Mathematics and Medicine (STEMM), and promote good practice.

It was originally set up to help more women progress in STEMM, but from 2015 was opened up to departments in Arts, Humanities, Social sciences, Business and Laws, as well.

UCL has the highest female to male ratio of the top 20 universities in the world for Biological sciences (57:43) (Times/world Rankings 2021)

Athena SWAN in our divisions

Some of the Faculty of Life Sciences' five divisions have each earned their own individual awards.

UCL is committed to the aims and principles of Athena SWAN and was one of the first universities to sign up to the scheme. UCL was awarded its first university-wide Bronze award in 2006, which was then renewed in 2009 and 2012. UCL has held an Athena SWAN Silver Award since 2015.

Find out more about Athena SWAN 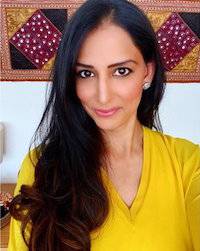 Nadia Bukhari is a Principal Teaching Fellow at the School of Pharmacy. She has a proven track record within the pharmacy profession and is the UCL Global Pharmacy Ambassador.

Nadia was featured at the 2020 Women of the World (WOW) festival and spoke about women empowerment with Women Emerging Isolation, a Common Purpose initiative.
Watch the talk here.