Register for Octopus – a revolutionary trial that will transform the way we test treatments for progressive MS. 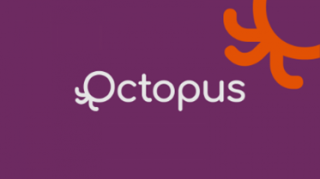 Octopus is a revolutionary trial that will transform the way we test treatments for progressive MS. A smarter way of testing potential treatments, it could deliver life-changing new treatments up to three times faster. The trial team, based at University College London (UCL), are currently finalising which treatments Octopus will test first.

How will Octopus work?

Octopus is a multi-arm, multi-stage (MAMS) design – the first time this has even been done in MS.

MAMS trials make it possible to test new treatments up to three times faster by:

Merging separate trials may sound obvious. But launching a MAMS trial for MS needs so many things to line up perfectly, from hospitals around the country equipped to be trial sites, to the incredibly complicated statistics that underpin the design.

Find out more about Octopus

Register your Interest in taking part in the UK MS Octopus trial.

Multiple Sclerosis (MS) is a progressive neurological disorder of the brain and spinal cord. It affects approximately 120,000 people in the UK and 2.5 million people globally. Most people with MS experience two stages of the disease: Early MS – Relapsing-Remitting MS (RRMS), which is partially reversible, and Late MS – Secondary Progressive MS (SPMS), which affects the majority of patients, usually after 10 to 15 years after diagnosis.

Immunomodulatory anti-inflammatory disease modifying therapies are increasingly effective in reducing relapse frequency in RRMS, however they have been unsuccessful in slowing disease progression in SPMS. This is the overwhelming conclusion from an analysis of 18 phase 3 trials (n=8500), of which 70% of the population had SPMS, all performed in the last 25 years. There is yet no current disease modifying treatment for SPMS.

Find out More about MS