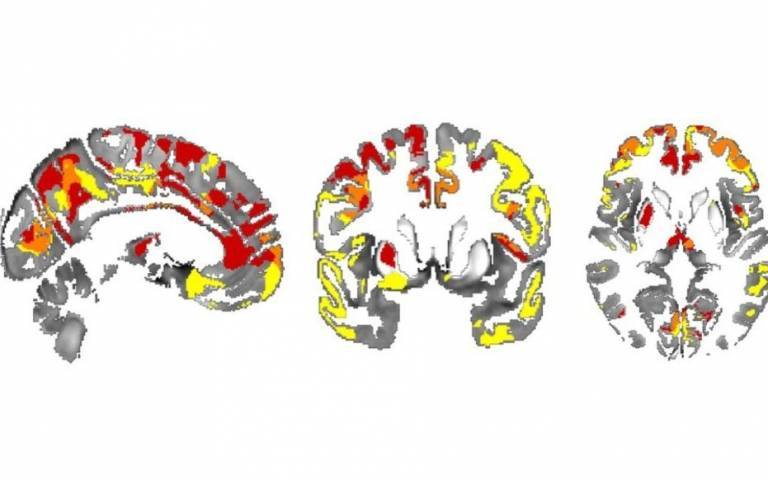 Areas with iron accumulation in the brains of people with Parkinson's, correlated with risk of cognitive decline. Credit: George Thomas et al