Amyloid beta pathology – protein deposits in the brain – might have been transmitted by contaminated neurosurgical instruments, suggests a new study led by UCL Institute of Neurology. 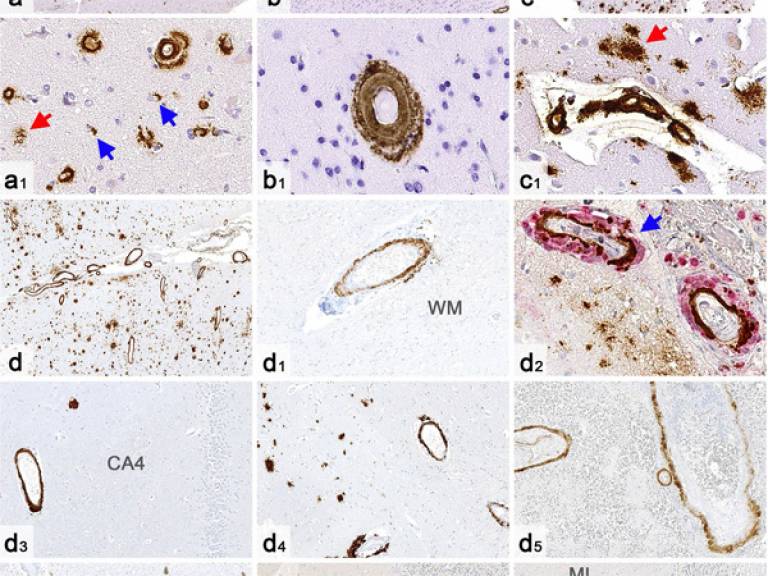 For the paper, published today in Acta Neuropathologica, researchers studied the medical records of four people who had brain bleeds caused by amyloid beta build-up in the blood vessels of the brain.

They found that all four people had undergone neurosurgery two or three decades earlier as children or teenagers, raising the possibility that amyloid beta deposition may be transmissible through neurosurgical instruments in a similar way to prion proteins which are implicated in prion dementias such as Creutzfeldt-Jakob disease.

Amyloid beta is best known for being one of the hallmark proteins of Alzheimer’s disease, but the researchers did not find evidence of Alzheimer’s in this study.

“It is well known that the abnormal proteins seen in Creutzfeldt-Jakob disease have been transmitted between patients by certain medical and surgical procedures. We have been investigating whether the same can be true for amyloid beta,” said the study’s lead author, Professor Sebastian Brandner (UCL Institute of Neurology).

The researchers looked in the pathology archive at the National Hospital for Neurology and Neurosurgery for biopsy and autopsy materials of young adult patients with confirmed amyloid beta pathology, which can lead to brain bleeds or harmful plaques, in the brain’s blood vessels. These deposits of the amyloid protein occur increasingly frequently in older individuals but only very rarely in younger people.

Four cases were identified – three of them were in their 30s, and one was aged 57 – all of whom had experienced brain bleeds caused by amyloid deposits in brain blood vessels. None had any known genetic causes that predispose to this pathology in younger people.

A separate review of the medical literature supported the discovery by identifying four other case studies with similar pathology and past surgical history. As these patients were all men with a history of head trauma, research teams had previously speculated that those were correlated.

In a comparison group of 50 people of similar ages from the same archives, the researchers did not find any amyloid beta pathology and only three had a recorded history of childhood neurosurgery.

Previous work in laboratory animals has shown that tiny amounts of abnormal amyloid beta protein can stick to steel wires and transmit pathology into the animals’ brains, but this paper is the first to suggest the same may be possible in humans.

“We have found new evidence that amyloid beta pathology may be transmissible. This does not mean that Alzheimer’s disease can be transmitted, as we did not find any significant amount of pathological tau protein which is the other hallmark protein of Alzheimer’s disease,” said Professor Brandner.

“Our findings relate to neurosurgical procedures done a long time ago. Nevertheless, the possibility of pathological protein transmission, while rare, should factor into reviews of sterilisation and safety practices for surgical procedures,” he said.

“Neurosurgery is becoming increasingly common in older individuals. As amyloid beta pathology increases in brains with age, this raises the potential for onward transmission of protein pathology to other individuals in the same hospital,” said the study’s first author, Dr Zane Jaunmuktane (UCL Institute of Neurology).

As this study was small and retrospective, the authors hope their findings stimulate others to explore these ideas further. They are currently expanding their study by looking at more archives across the UK.

“There are several reasonable alternative explanations for our findings that we cannot yet rule out. Further research is required to clarify things. A large epidemiological study would be particularly useful,” said co-author Professor Simon Mead (MRC Prion Unit at UCL).