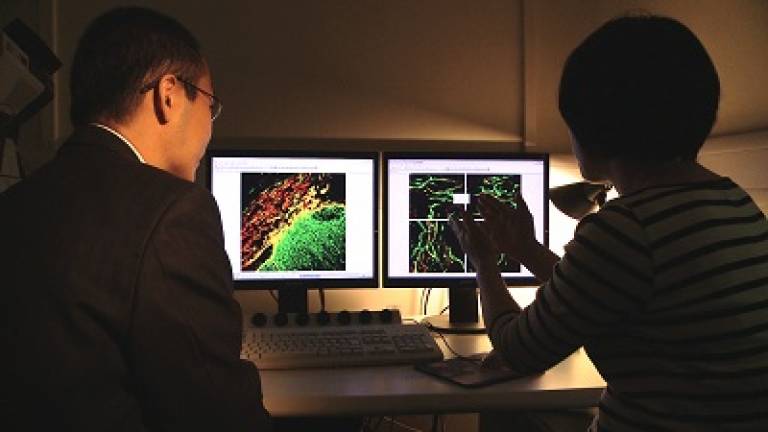 Dementia is one of the greatest scientific, medical and socio-economic challenge of our times and affects more than 46 million people worldwide. As populations age, dementia is going to become more common with devastating personal, social and economic implications.

The Medical Research Council (MRC) and its founder charity partners the Alzheimer’s Society and Alzheimer’s Research UK, are establishing the Dementia Research Institute (DRI) in fulfilment of the ambition identified in the Prime Minister's 2020 Challenge on Dementia. In addition to the UCL hub, the DRI will include regional centres to both build upon existing strengths in UK dementia research and incorporate new dimensions and capabilities.

Professor Bart De Strooper has been appointed by the MRC as the Director of the DRI. The scientific programmes within the DRI will be established next year with the hub becoming operational by 2020.

Professor Michael Hanna, Director of the UCL Institute of Neurology is delighted that the MRC have awarded the DRI to UCL and said the following:

" “We are uniquely placed to host the DRI hub and look forward to playing an enabling role nationally in driving the therapeutic agenda forward. We have worked hard as a team to secure this critically important award and I am indebted to the entire team, particularly the Director of the Institute of Neurology, Professor Mike Hanna and the Chair of the Dementia Strategy Board, Professor Nick Fox. UCL has internationally leading dementia genetics research, with major programmes in Alzheimer’s, Frontotemporal Dementia, Huntington’s, Parkinson’s, Prion and other neurodegenerative diseases. Brain imaging and biochemical markers of disease are providing valuable new tools for clinical trials whilst the strength of our clinical cohorts, expertise and biological resources allow emerging new treatments to be tested for the first time in people – a key stage in the development of new therapies. The entire team looks forward to welcoming Professor Bart de Strooper in his capacity as DRI Director, working with him to enable his vision and to deliver a transformative UCL DRI Hub putting patients and their families at its heart, as partners and as inspiration for our efforts.”