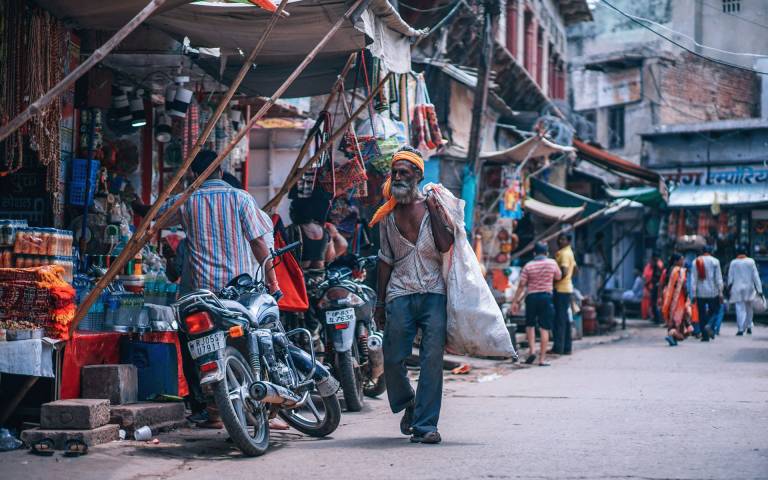 These offer postgraduate students, postdoctoral fellows and staff access to workshops, lectures and a range of other events focused on both disciplinary and interdisciplinary historical scholarship.

The UCL China Centre for Health and Humanity takes an interdisciplinary approach to research and teaching, and is strong in the social sciences: history and culture, archaeology, the environment, law and international health and development. It is committed to UCL's Grand Challenges especially as they relate to China: global health, sustainable cities, intercultural interaction and human wellbeing.

The Confucian concept Ren 仁, the quality that makes individual and society 'human' or 'humane', is at the centre of contemporary Chinese ethical discourse and CCHH will take up this debate in relation to health. We support interdisciplinary research and education in all these aspects of China's health, and China's impact on world health, past, present and future.

The UCL Centre for the Study of South Asia and the Indian Ocean World (CSSA) brings together researchers and postgraduate students working on South Asia from across the disciplines. The Centre forms an important part of UCL's Institute of Advanced Studies, and promotes research and teaching related to the geographical region of South Asia and its intersections with the wider world, including the South Asian diaspora. In the coming years, the CSSA aims to grow interdisciplinary South Asia related activities at UCL, including grant-funded research; postgraduate teaching and research; lectures, seminars and workshops; and visiting fellowships. It will also act as one of London's hubs for research and cultural events related to global South Asia.

The UCL Centre for Transnational History provides a forum for research and graduate training in the field of transnational history across different departments and faculties of UCL, including the History Department, the School of Slavonic and East European Studies (SSEES), and the departments of Anthropology, History of Art, Scandinavian Studies and Science and Technology Studies and the Institute of Education.

Centre for the Study of the Legacies of British Slavery (LBS)

Colonial slavery shaped modern Britain and we all still live with its legacies. The slave-owners were one very important means by which the fruits of slavery were transmitted to metropolitan Britain. We believe that research and analysis of this group are key to understanding the extent and the limits of slavery's role in shaping British history and leaving lasting legacies that reach into the present. The stories of enslaved men and women, however, are no less important than those of slave-owners, and we hope that the database produced in the first two phases of the project, while at present primarily a resource for studying slave-owners, will also provide information of value to those researching enslaved people.

Spatially and spiritually halfway between the British Library and the School of Advanced Studies, the UCL Centre for Medieval and Renaissance Studies is a focal point for collaboration in the Bloomsbury area, a square half mile that must contain the largest concentration of manuscripts, books, and seminars relating to the period from 400 to 1600 in the Anglophone world. A central objective of the Centre is to enhance the understanding by the research community in Bloomsbury of the medieval and renaissance manuscripts and incunable collections in the British Library and to train young scholars to use them more effectively.