This initiative focused on the annotation of Parkinson's disease-relevant proteins and was funded by a 3-year Parkinson's UK grant (G-1307) from January 2014 to December 2016. 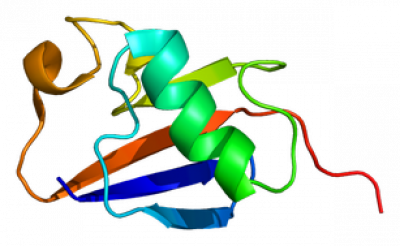 The Parkinson's UK-funded GO annotations have facilitated the detailed and high-quality annotation of over 800 Parkinson's disease-relevant genes, providing 4,500 GO annotations. There are many ways in with the impact of our curation on data analysis and annotation resources can be demonstrated. Annotations contributed by this project to the GO Consortium dataset are attributed to ParkinsonsUK-UCL.

For this initiative we created two priority gene lists.

Our longer Parkinson's-relevant priority list includes 329 gene products. These were chosen based on their interaction with high-priority gene products or because of their role in Parkinson's disease-related biological processes

The following processes were prioritised, following discussions with experts in the field. These processes are considered to have important roles in Parkinson's disease.

Genes in this list were prioritised for comprehensive annotation using GO because variants in these genes have been implicated as having a role in Parkinson's disease, either in published linkage or association studies.

HUGO Gene Nomenclature Committee (HGNC) approved gene symbols and names are listed, the PubMed identifiers indicate the publication describing the association with Parkinson's disease, and the UniProt IDs link to the QuickGO Gene Ontology annotations for each protein. Genes identified in genome-wide association studies are those suggested by the authors to be the most likely candidates and genes known to contain causative variants are highlighted in bold font.