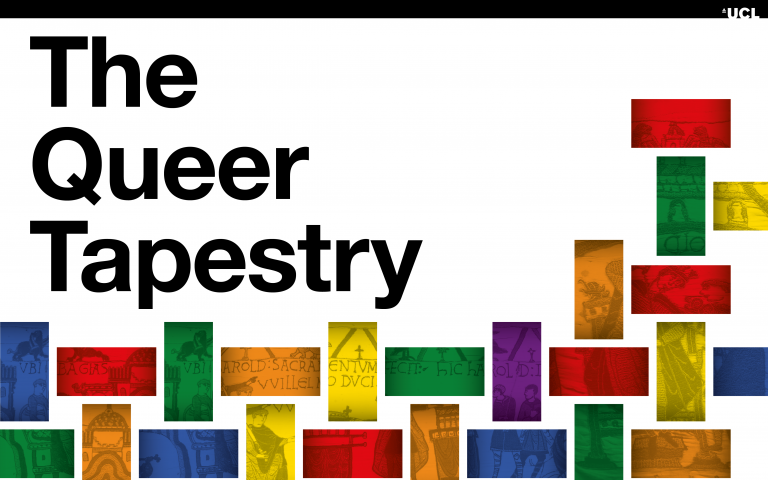 This exhibition will be on public display in the North Cloisters of UCL’s Wilkins Building throughout February 2019 to coincide with LGBT History Month. It has been devised by members of Out @ UCL and UCL's LGBTQ+ Advisory Group LEAG in collaboration with UCL Culture and UCL Alumni Relations.

The exhibition aims to uncover the rich histories and voices of UCL’s LGBTQ+ community from the past 50 years and beyond. It shares the experiences of a range of former students and staff: from biographies of historical figures, such as celebrated professor (and poet) A. E. Housman, to personal contributions from alumni, including Slade alumna and artist Maggi Hambling.

On 1 February, the exhibition launched with a private view to celebrate the 10th anniversary of Out @ UCL; the network for lesbian, gay, bisexual, trans or queer staff. Staff, students, alumni and allies gathered to celebrate and discuss ideas for developing an LGBTQ+ Alumni Network.

The project has received support from UCL Equality Diversity and Inclusion and Professor Anthony Smith, LGBTQ+ Equality Champion and Vice-Provost (Education) at UCL. Out @ UCL is a key part of the university’s ecosystem, reflecting and guiding policy relating to sexual and gender diversity.

Why ‘queer’? Why tapestry?

“Although in academic and activist circles, the word ‘queer’ has been ‘reclaimed’, it still carries with it memories of hurt associated with that longer history, and it’s important not to forget word’s continuing associations with homophobia and transphobia. But ‘queer’ is also useful shorthand, potentially cutting across divisions customarily erected between gender and sexuality; it usefully describes experiences that don’t neatly map into a single  category of sexual or gender identity.”

“The Queer Tapestry at UCL is shadowed by older objects such as Bayeux Tapestry, which you’ll see faint glimpses of in the panels of the exhibition. This exhibition, too, is made up of a series of texts and images that shed light on the past from particular perspectives." 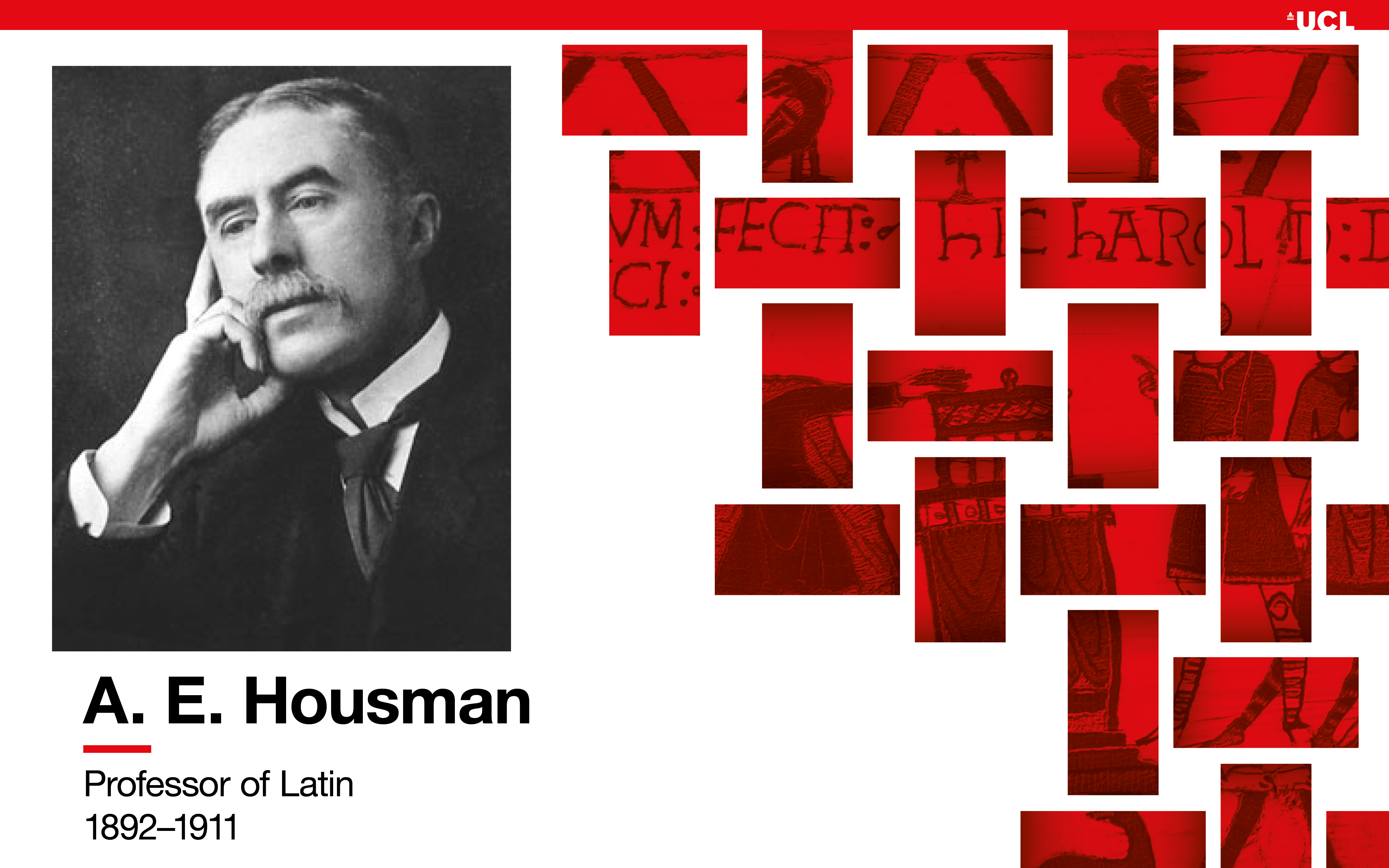 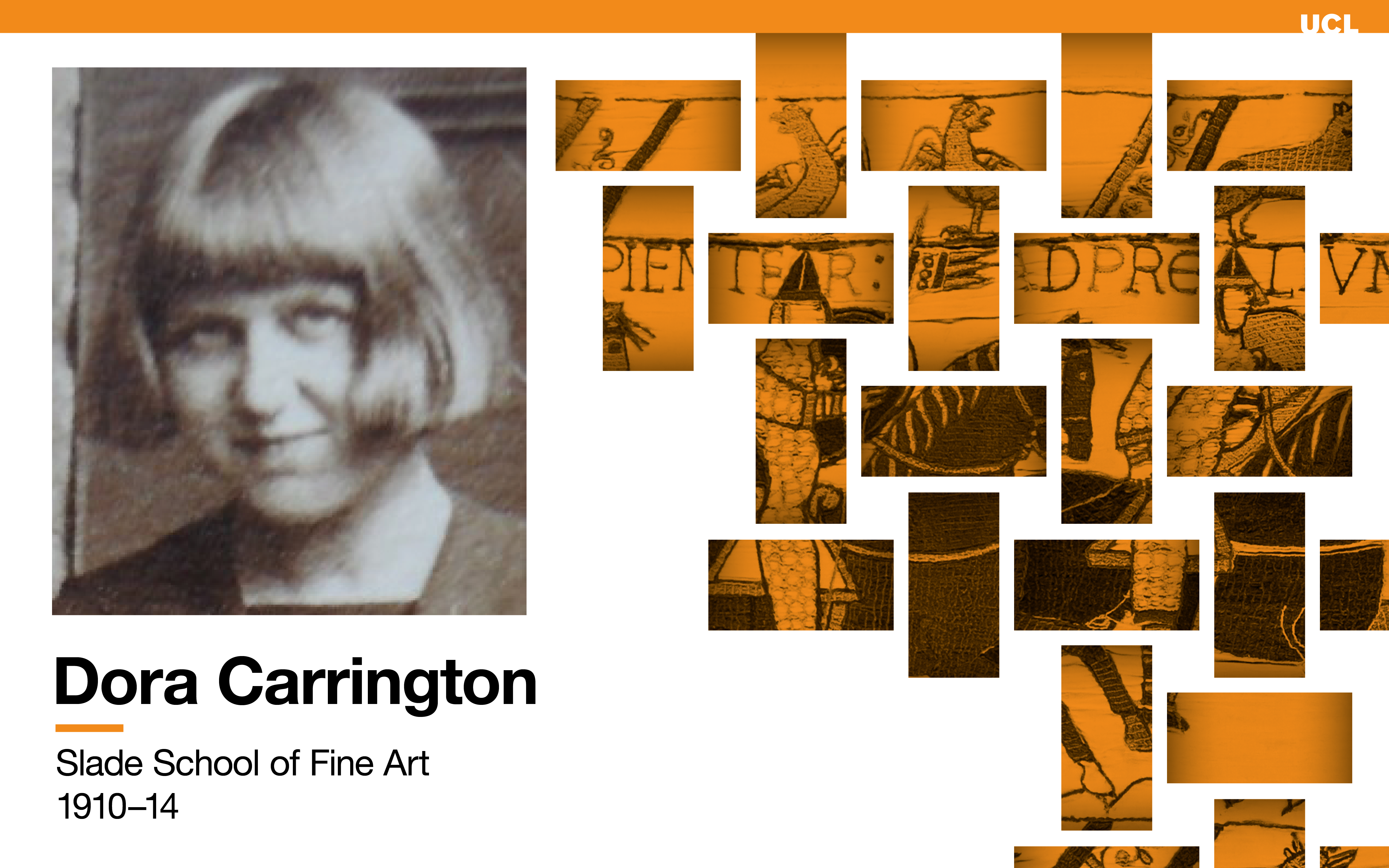 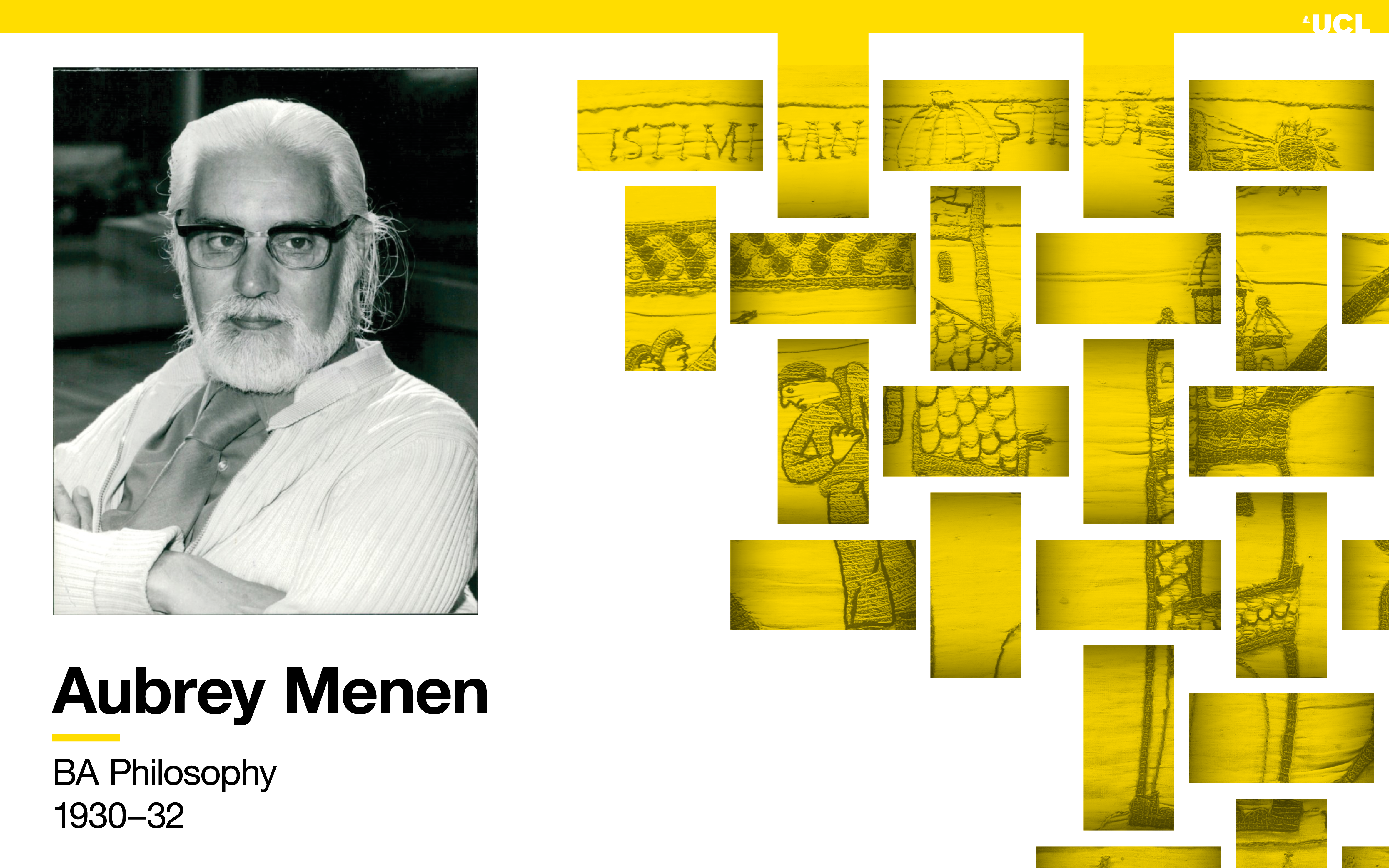 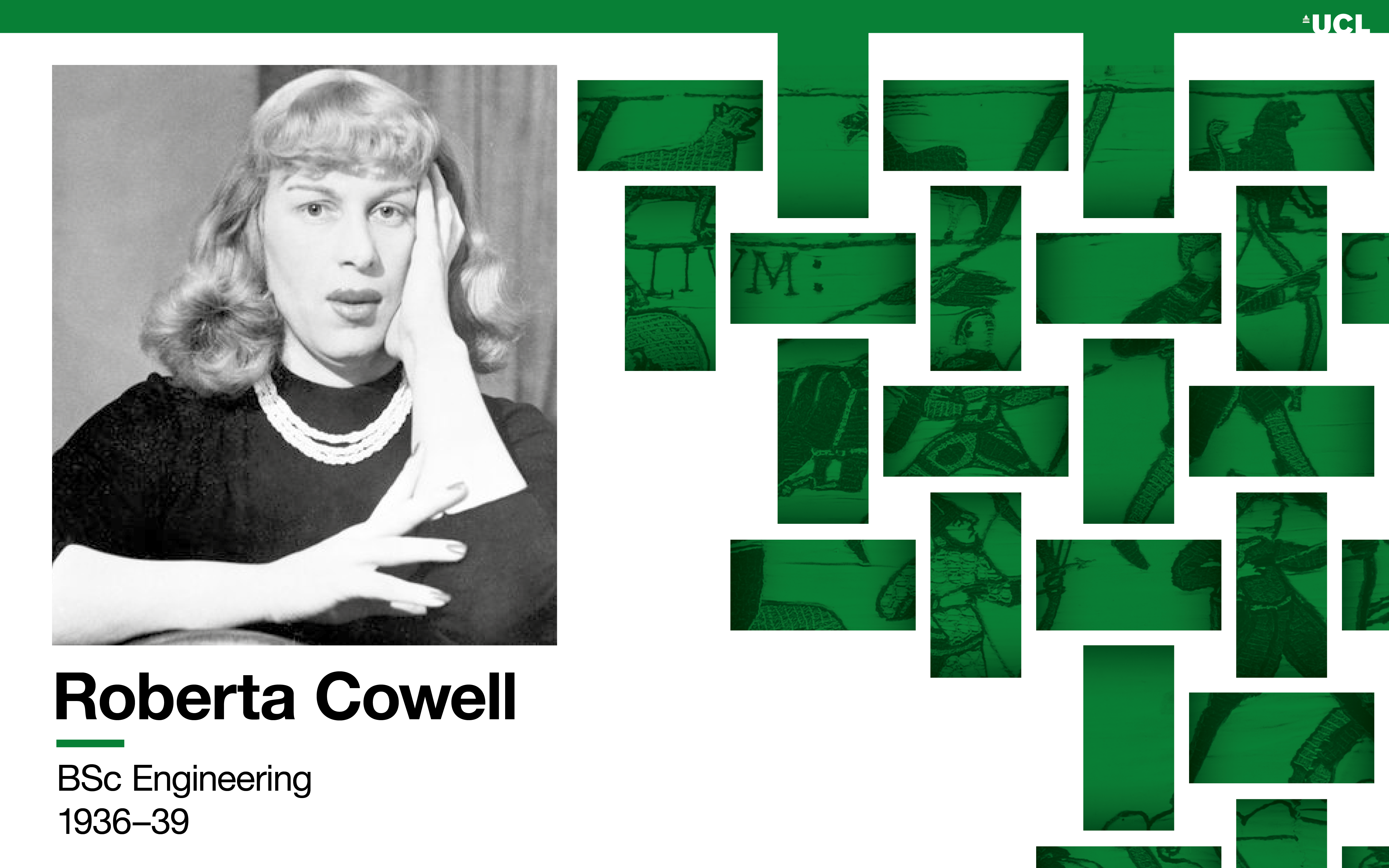 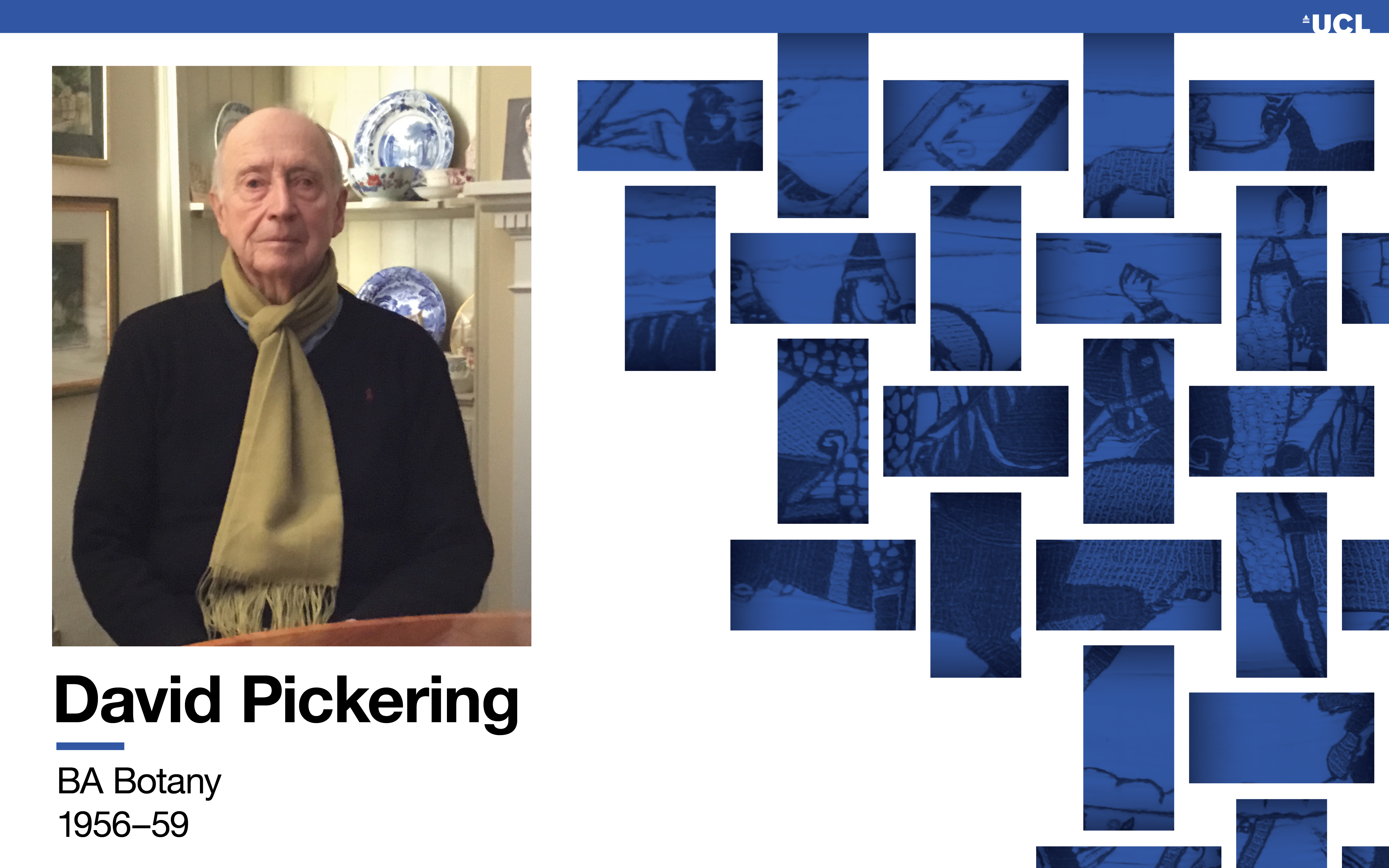 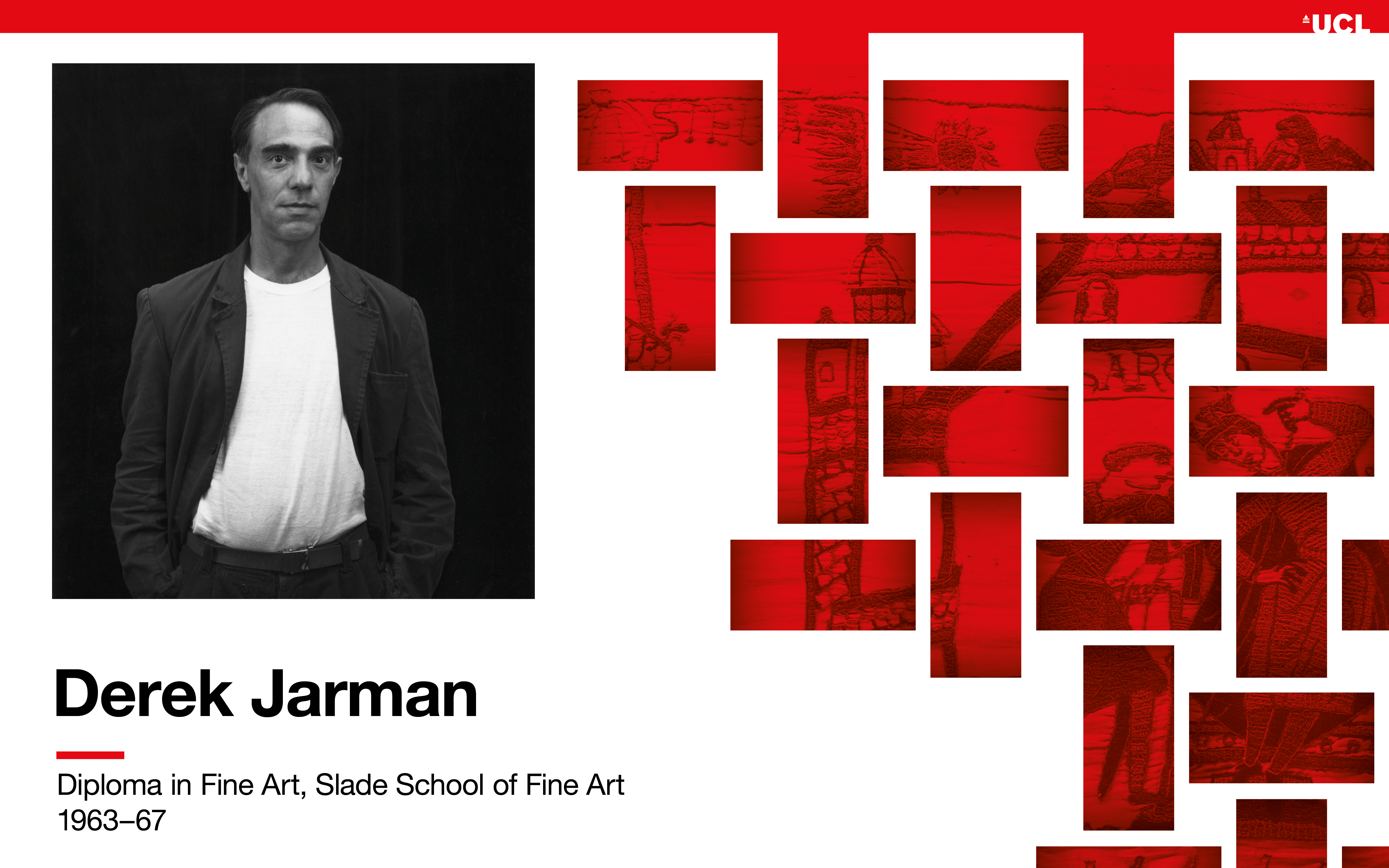 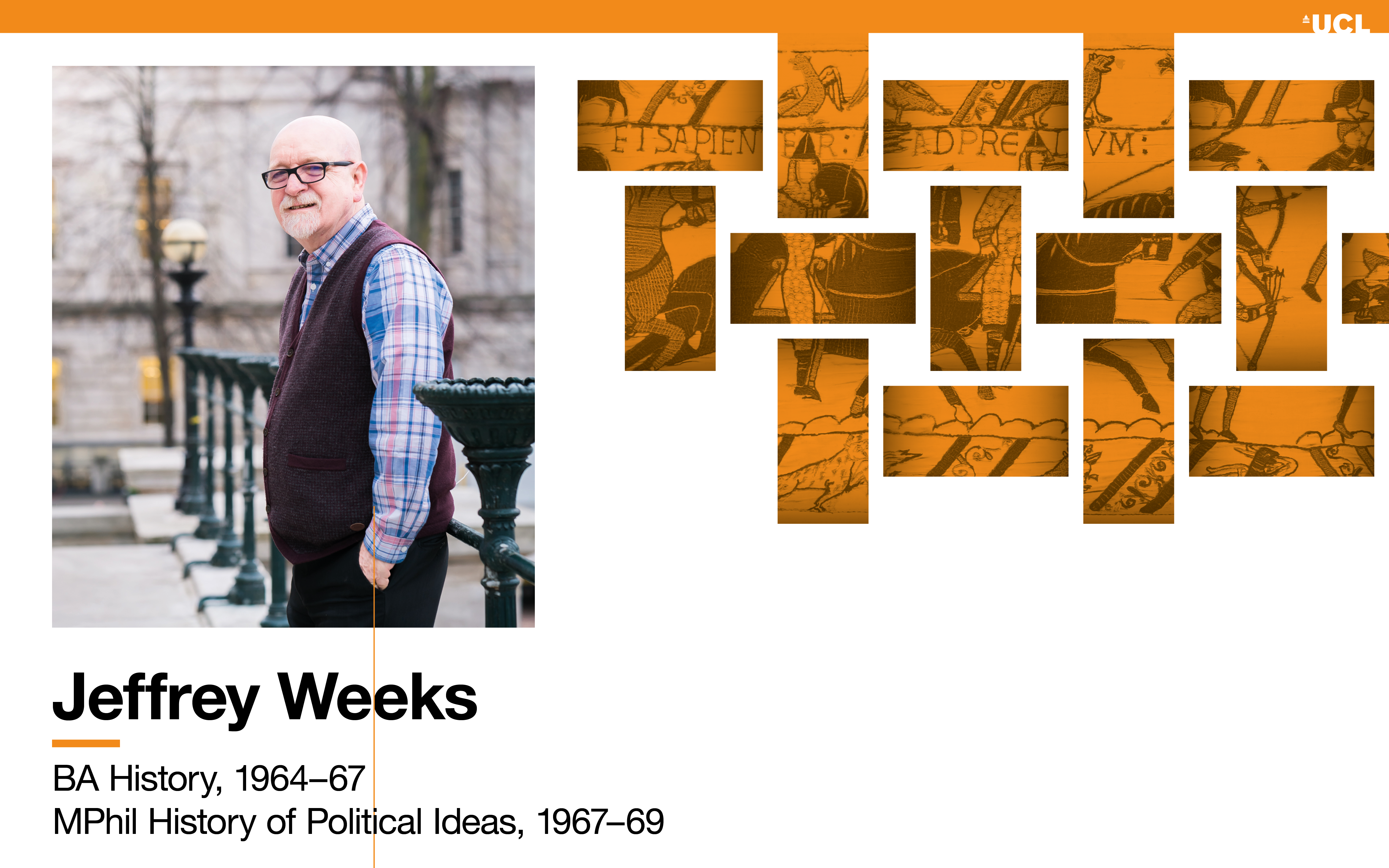 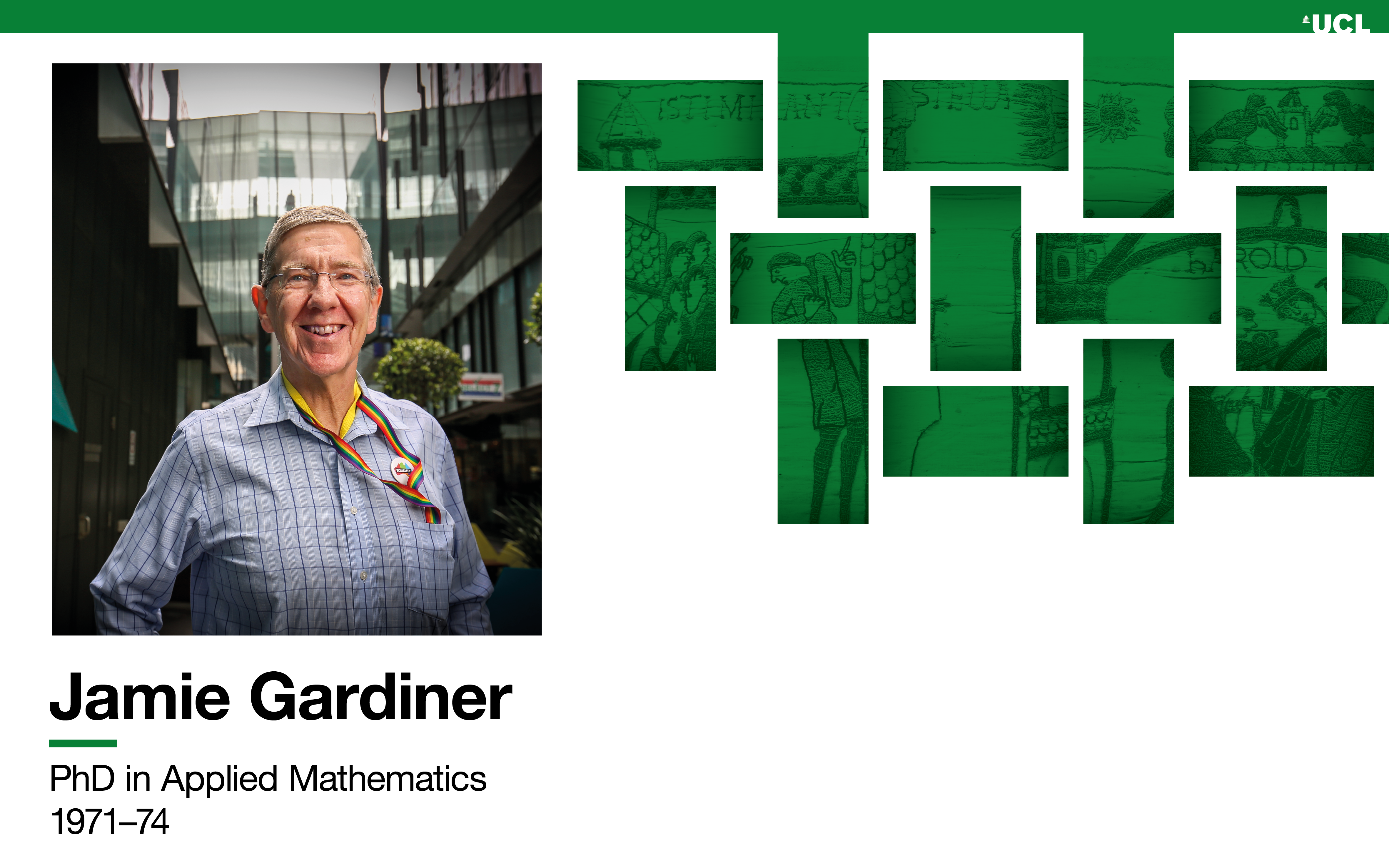 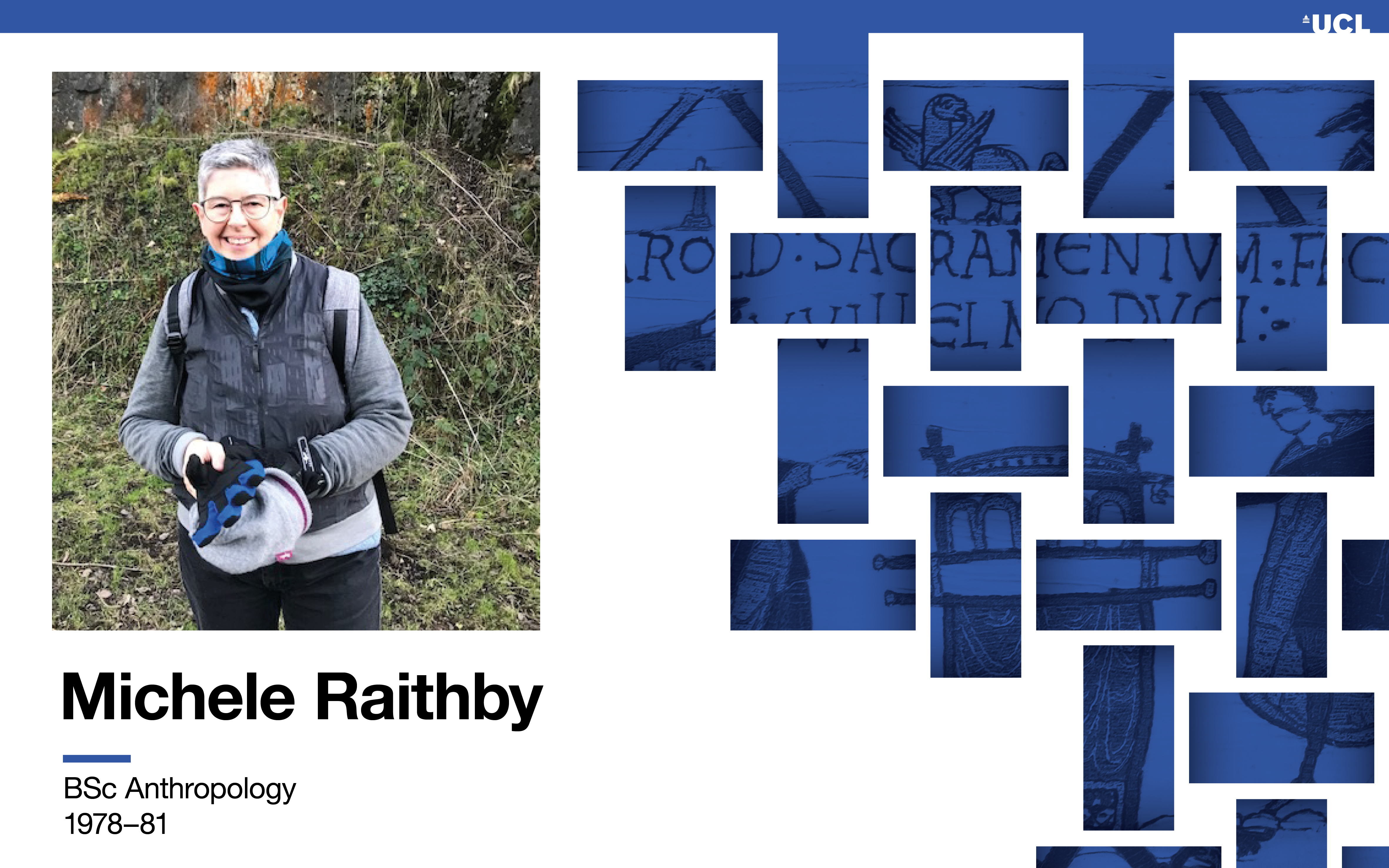 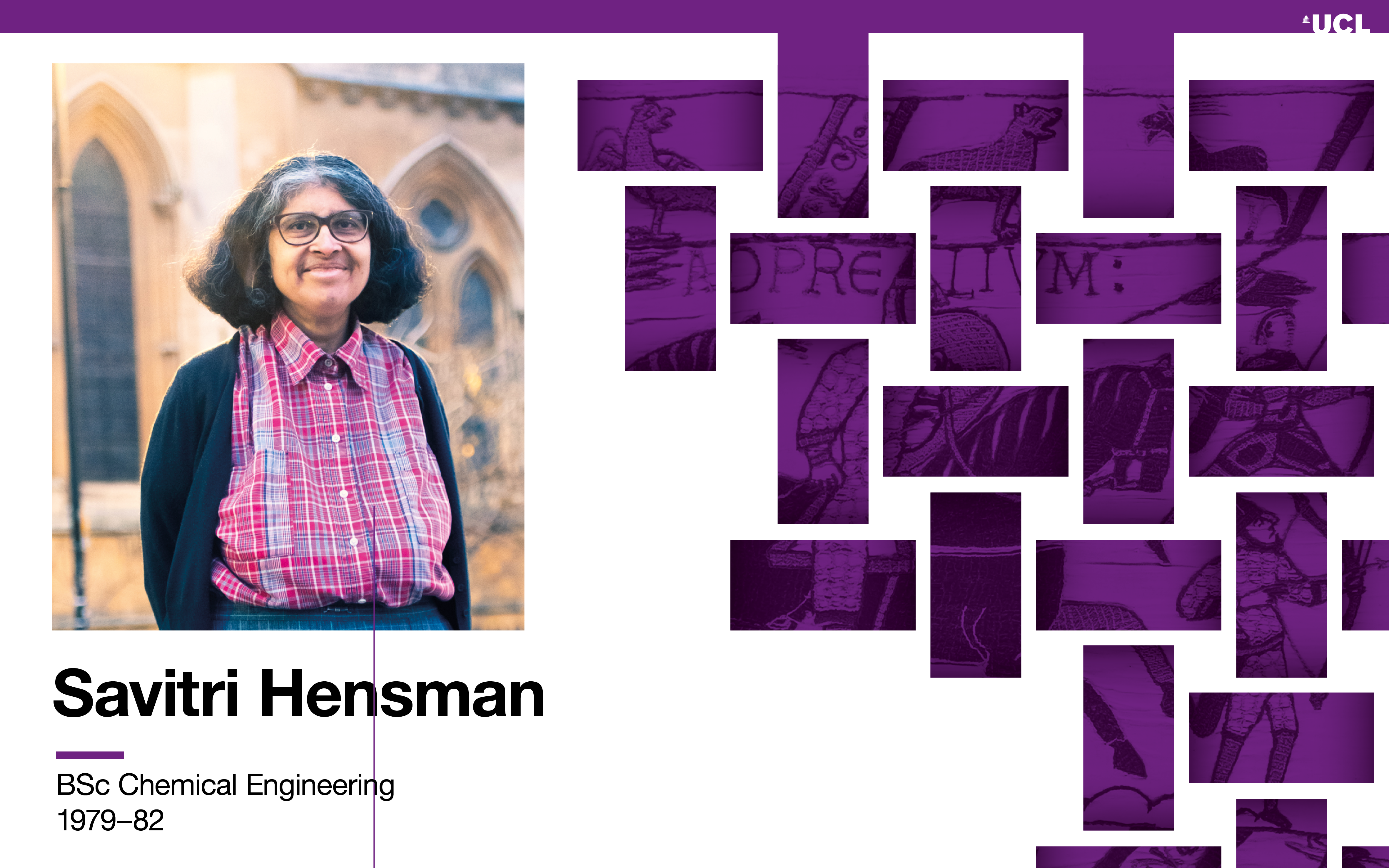 The Queer Tapestry is an Out @ UCL / LEAG production. Sandy Kutty and Bob Mills curated and collated the texts. The project is supported by UCL Culture, UCL Alumni Relations and UCL Equality, Diversity and Inclusion.

Special thanks to the various alumni who contributed such wonderful stories and recollections.