Leading AI company DeepMind is establishing a Professorship of Machine Learning and Artificial Intelligence at UCL - where two of its co-founders, Demis Hassabis and Shane Legg, were students. 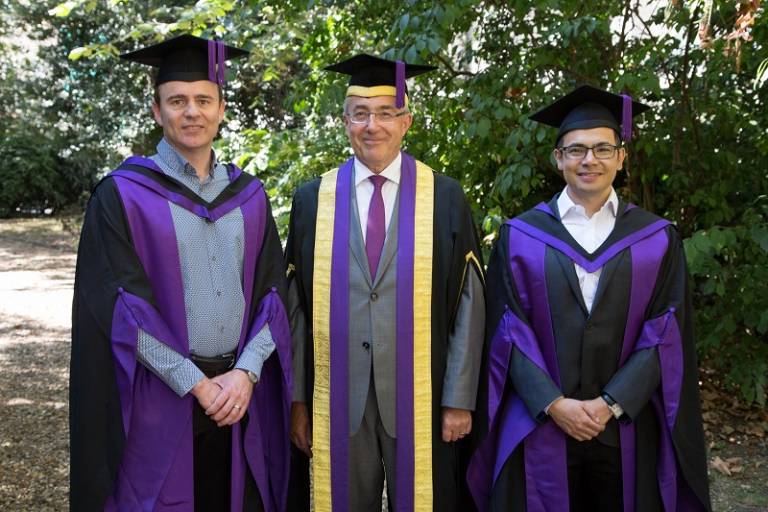 The new Professor, who will be based in UCL’s Department of Computer Sciences, will spearhead AI research at the university in collaboration with other UCL researchers, enhancing the university’s capabilities and world-class reputation in this rapidly evolving field. The new Professor will have full academic freedom to set his or her own research agenda.

In addition to the Professorship, DeepMind’s gift will also support two post-doctoral research associates and one PhD student, creating new opportunities for researchers to get ahead in this transformative emerging sector.

DeepMind was founded by Demis Hassabis, Shane Legg and Mustafa Suleyman in 2010, after Demis, who had recently completed his PhD in neuroscience at the university met research associate Shane in UCL’s Gatsby Computational Neuroscience Unit. Since then DeepMind has become one of the world’s most renowned AI companies, gaining global attention in 2016 when its self-learning computer program AlphaGo took on a human grand master of the complex Chinese game Go and won four games out of five.

The company has retained its strong connection with UCL throughout its development, including supporting AI research and learning at the university with philanthropic funding for a range of postgraduate scholarships for underrepresented backgrounds, and through teaching and course development.

DeepMind Co-Founder and Chief Executive Demis Hassabis says: "In many ways DeepMind's story is intertwined with UCL - meeting my co-founder Shane Legg as postdocs in the Gatsby unit in 2009 was a pivotal moment, and UCL has held a special significance for us ever since. I'm delighted that with the establishment of this new DeepMind professorship, we're able to support further scientific breakthroughs towards the development of safe and ethical AI."

UCL’s President & Provost Professor Michael Arthur says: “The UK has a proud history of being at the forefront of great world-changing innovation. Artificial intelligence is set to be one of those era-defining step-changes, and is rightly one of the four Grand Challenges of the Government’s Industrial Strategy. As DeepMind illustrates so well, the AI revolution is powered by brilliant people, so this investment in talent is crucial. UCL is absolutely delighted to develop our relationship with DeepMind in this way, and to open up more opportunities to collaborate with one of the world’s most exciting and creative companies.”

Professor John Shawe-Taylor, Head of UCL’s Department of Computer Sciences, says: “We are delighted by this opportunity to further develop our relationship with DeepMind. As well as educating the next generation of AI researchers, our vision is to show how AI can empower ordinary citizens through a flourishing start-up community informed by world-leading research.”

The new DeepMind Professor is expected to be in post by September 2019.

Find out more about DeepMind here.