UCL Dementia Research Retail Coalition: a bedrock for the future of dementia study 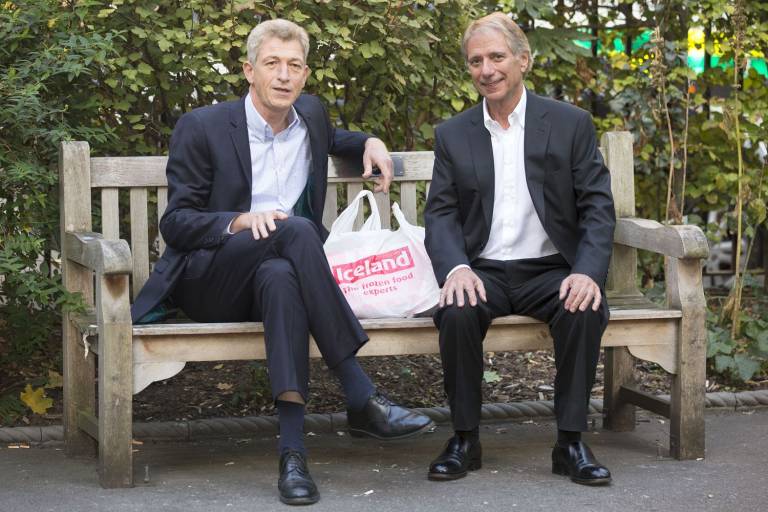 “Dementia is a cause immensely close to my own heart, and those of very many of my customers and colleagues. There’s no doubt that by partnering with UCL, I know we are fighting for a future in which no life will be devastated by it. Myself and my wife are extremely honoured to be recognised on UCL’s Donor Wall for our part in this story.” – Sir Malcolm Walker, Founder and Executive Chairman of Iceland Foods

Globally affecting nearly 50 million people, dementia is regarded by many as unstoppable. This figure is expected to rise to 152 million by 2050. And as our population ages, there will be increasing pressure on our health and social services. To begin to turn the tide in fighting one of the greatest scientific, medical and socio-economic challenges of our time, powerful partnerships are vital in funding focused, long-term research into genetics, evidence-based treatments and support for patients and carers.

And that’s where individuals like Sir Malcolm Walker step in – leading collaborations that can be truly transformational in our understanding of dementia.

“I asked [Professor Nick Fox] what it was that researchers needed to make the breakthroughs we’ve seen in other diseases such as cancer or heart disease. He said the biggest barrier to progress was investment – and investment in the right areas,” says Sir Malcolm Walker.

As the brainchild behind the UCL Dementia Research Retail Coalition, the Iceland Foods Founder and Executive Chairman has played a leading role in funding dementia research at UCL. The Coalition is a group of nine UK retailers who put aside the rivalries of the high street to raise £20 million for UCL’s world-leading dementia research with Iceland Foods Charitable Foundation having contributed £10 million of this total. The coalition was founded following the introduction of the 5p carrier bag levy. The other members are Asda, Waitrose, Morrisons, WHSmith, Farmfoods, Booths, Poundland and HSS Hire.

Andy Murray, Chief Customer Officer, Asda, and Chair of the Asda Foundation, said: "Dementia affects so many of our colleagues and customers, either directly or through a loved one, and while Asda is trying to make life easier for customers living with the disease with initiatives such as our inclusive shopping hour, ultimately the big challenge is to stop its progress altogether. We were immensely proud to be a founding partner of the Retail Coalition and we're honoured to be included on the UCL Donor Wall. I hope that our investment goes some way towards the research needed to understand and try to tackle dementia." 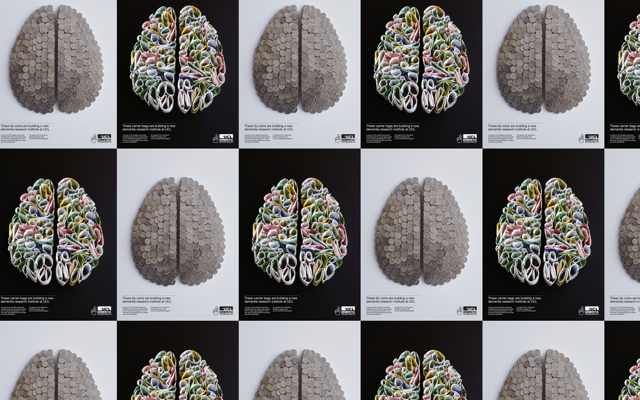 The key driver for this investment was to support the development of the UK Dementia Research Institute at UCL – a facility dedicated to world-class research into understanding what causes dementia, how it develops and how it could be slowed or stopped.

Launching the Interim Hub of the UK Dementia Research Institute

The UK Dementia Research Institute (UK DRI) is a £290m investment into dementia research from founding funders: the Medical Research Council, Alzheimer’s Society and Alzheimer’s Research UK. The hub of the UK DRI will be based at a state-of-the-art, highly collaborative neuroscience centre on the site of the Eastman Dental Hospital on Gray’s Inn Road, London. The building will also be home to parts of the UCL Queen Square Institute of Neurology. The Hub acts as the bedrock of the UK’s dementia effort, bringing together academia, industry, the NHS, funders and patient organisations. The aim is to find better ways to diagnose and treat people with devastating neurological disorders, and when it’s completed in 2024, it will house over 500 neuroscience researchers.

For groundbreaking research to continue while this build is ongoing, The Interim Hub has been launched at the extensively refurbished Cruciform. In an event to celebrate such a landmark achievement, Sir Malcolm Walker cut the ribbon to mark its official opening in July 2018. 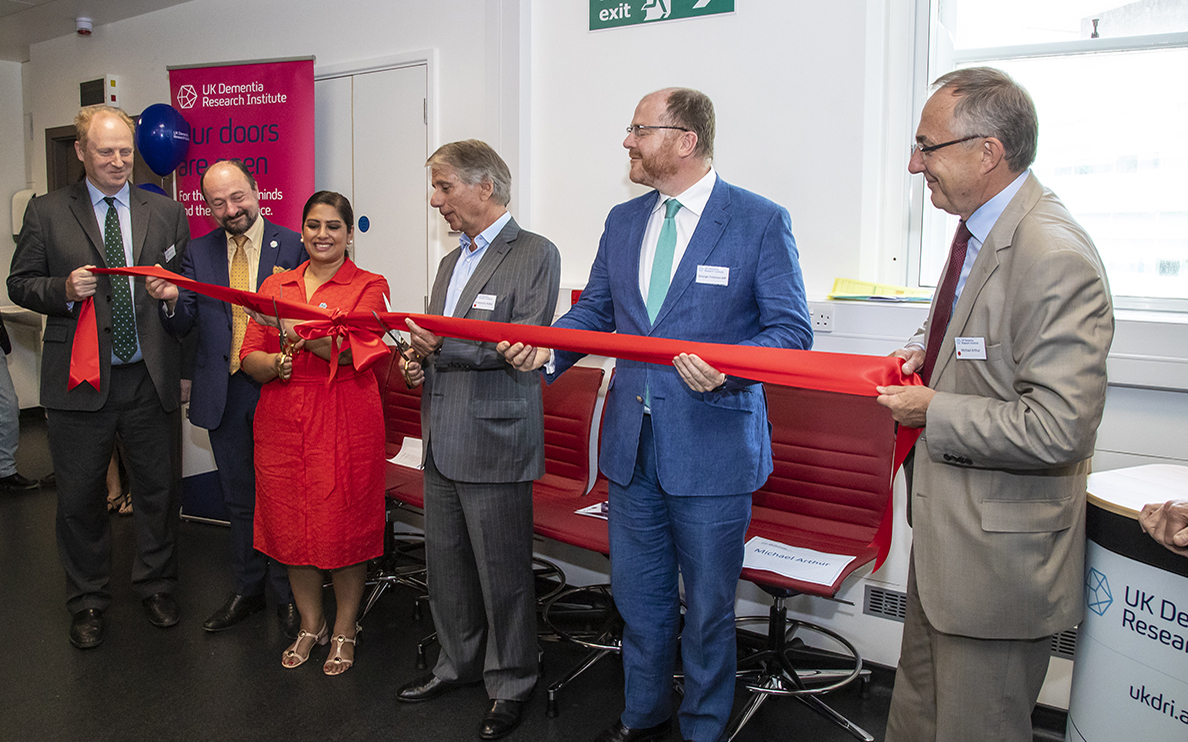 For UCL’s Nick Fox, Professor of Clinical Neurology and close collaborator with Sir Malcolm, philanthropic developments like this are crucial. He says: “We know that for previously ‘incurable’ diseases like HIV or certain cancers, we now have effective treatments.

“Life expectancies that were really short – death sentences – are now nearly normal in some cases. The only way that progress was made was through focussed and sustained long-term investment.”

In recognition of transformational philanthropy at UCL, on the 23rd May, UCL is unveiling its new Donor Wall at the heart of its Bloomsbury campus. This striking art installation has been created by Slade School of Fine Art graduate, Dr Sarah Fortais, and will feature the hands of over 60 of the university’s most generous donors cast in aluminium and bronze. These donors are members of the UCL Circle of Benefactors who have supported UCL with transformational giving over £1 million in areas such as cancer research, neuroscience, scholarships and more.