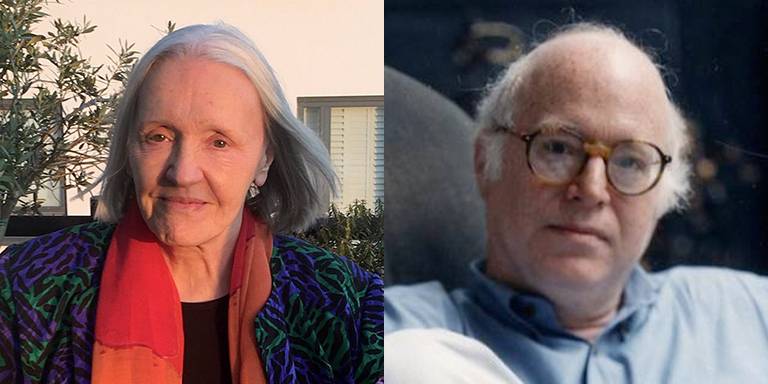 IIPP welcomes global thought leaders Saskia Sassen and Richard Sennett to our institute as honorary professors; they will help us to reimagine how cities as public places enable new forms of innovation and experimentation to tackle societal challenges such as the climate emergency and inequality.

Professor Christoph Lindner, Dean of The Bartlett Faculty of the Built Environment, said of the appointment:

“The Bartlett has always been a home for radical thinking about cities and we are thrilled to welcome Saskia Sassen and Richard Sennett - two of the world’s most influential and daring urban thinkers. Their ground-breaking work has long been part of our faculty’s discussions, and I can’t wait for that conversation to continue and evolve in person as we work to build a just and sustainable future."

“I am immensely proud to welcome both Saskia and Richard to IIPP and indeed to the Bartlett. I set up IIPP with the ambitious goal to rethink how modern societies create value and cities are at the heart of the challenges we face, particularly the climate emergency and inequality. Richard and Saskia are the absolute thought-leaders in this and they will help us set up a new research programme at IIPP to bring together cities, justice and innovation.”

Saskia Sassen is the Robert S. Lynd Professor of Sociology at Columbia University. Her research focuses on cities, immigration and states in the world economy, with inequality, gendering and digitisation as three key variables running through her work. She is the author of eight books and the editor or co-editor of three books. Together, her authored books are translated into over twenty languages. Her most recent volume Expulsions: Brutality and Complexity in the Global Economy looks at why today's socioeconomic and environmental dislocations cannot be fully understood in the usual terms of poverty and injustice; they are more accurately understood as a type of expulsion - from professional livelihood, from living space, even from the very biosphere that makes life possible. She has received many awards and honours, among them multiple doctor honoris causa, the 2013 Principe de Asturias Prize in the Social Sciences, election to the Royal Academy of the Sciences of the Netherlands, and made a Chevalier de l'Ordre des Arts et Lettres by the French government.

Richard Sennett currently serves as Senior Advisor to the United Nations on the Council on Urban Initiatives. He is Senior Fellow at the Center on Capitalism and Society at Columbia University, Visiting Professor of Urban Studies at MIT and Chair for Theatrum Mundi. Over the course of the last five decades, he has written about social life in cities, changes in labour, and social theory. His books include The Hidden Injuries of Class, The Fall of Public Man, The Corrosion of Character, The Culture of the New Capitalism, The Craftsman, and Building and Dwelling. Among other awards, he has received the Hegel Prize, the Spinoza Prize, an honorary doctorate from Cambridge University, and the Centennial Medal from Harvard University.

From Richard Sennett on joining IIPP and the Bartlett:

"Both Saskia and I are really looking forward to joining this new initiative, and to working with colleagues and students more generally at the Bartlett."