Richard Sennett is Honorary Professor at the UCL Institute for Innovation and Public Purpose (IIPP). 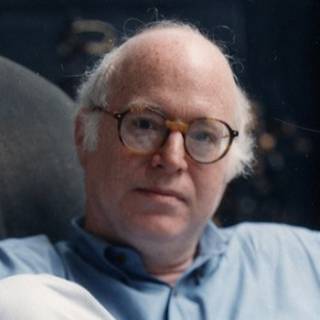 Richard Sennett OBE FBA currently serves as Senior Advisor to the United Nations on the Council on Urban Initiatives.  He is Senior Fellow at the Center on Capitalism and Society at Columbia University, Visiting Professor of Urban Studies at MIT and Chair for Theatrum Mundi.

Previously, he founded the New York Institute for the Humanities, taught at New York University and at the London School of Economics, and served as President of the American Council on Work.

Over the course of the last five decades, he has written about social life in cities, changes in labour, and social theory. His books include The Hidden Injuries of Class, The Fall of Public Man, The Corrosion of Character, The Culture of the New Capitalism, The Craftsman, and Building and Dwelling.

Among other awards, he has received the Hegel Prize, the Spinoza Prize, an honorary doctorate from Cambridge University, and the Centennial Medal from Harvard University.

Richard Sennett grew up in the Cabrini Green housing project in Chicago.  He attended the Julliard School in New York, where he worked with Claus Adam, cellist of the Julliard Quartet.  He then studied social relations at Harvard, working with David Riesman, and independently with Hannah Arendt.