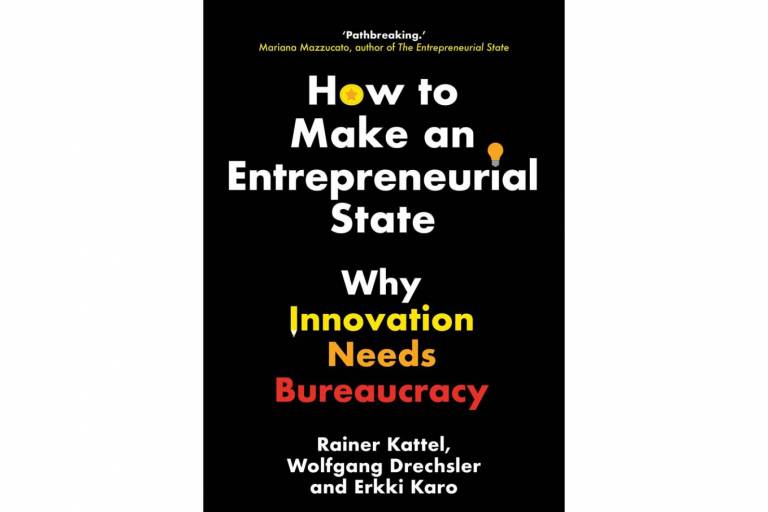 Join us for 'Why Innovation needs Bureaucracy', a panel event bringing together global leaders to explore the concept of the ‘entrepreneurial state’ – a state which invests public money in innovation, thereby becoming the primary financial risk-taker in new and untried technologies.

Purchase a copy of the book here

Following the publication of IIPP’s Deputy Director Prof Rainer Kattel's new book, How to Make an Entrepreneurial State: Why Innovation Needs Bureaucracy, written with IIPP Honorary Professor Wolfgang Drechsler and Erkki Karo, Head of Department at the Nurkse Department of Innovation and Governance at TalTech in Estonia. IIPP is delighted to host a fascinating panel discussion around the concept of the ‘entrepreneurial state’ including a Q&A session with the audience.

Institute Director Mariana Mazzucato wrote a book defining the concept and how it has led to the economic success of the US in 2013, called The Entrepreneurial State. In this new book, described as “pathbreaking” by Mariana herself, Rainer and his colleagues seek to show how the public sector must adapt and persevere to advance technology and innovation.

This vital account explores the complex and often contradictory positions of innovating public bodies—and shows how they can overcome financial and political resistance to change for the good of us all.

'The book discusses issues at the very heart of IIPP – how should public organisations work in order to support inclusive and sustainable innovation,’ Professor Rainer Kattel.

This virtual event will take place on Zoom. 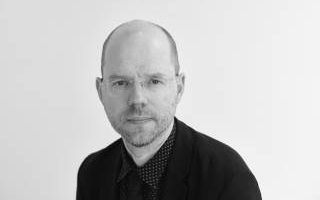 Professor Kattel has also served on various public policy commissions, including the Estonian Research Council and European Science Foundation. He has worked as an expert for the OECD, UNDP and the European Commission, and served as a member of E-Estonia Council advising the Prime Minister of Estonia. Currently, he leads the Estonian Government’s Gender Equality Council.

Honorary Professor at UCL Institute for Innovation for Public Purpose 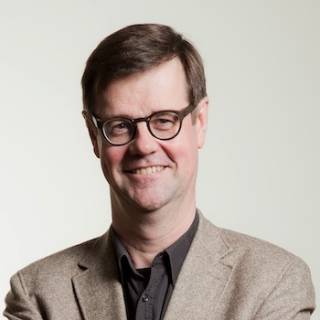 Wolfgang is Professor of Governance at the Ragnar Nurkse Department of Innovation and Governance at Tallinn University of Technology, as well as an Associate at Harvard University’s Davis Center.

His academic focus areas include Technology, Innovation & Governance; Non-Western paradigms of governance, especially Buddhist, Confucian, and Islamic (Southeast and East Asia); and Public Management Reform generally. He also has a strong background both in heterodox economic theory and in classical political philosophy.

He has a PhD from the Uni­ver­sity of Marburg and a SocScD (honorary doc­torate) from Cor­vi­nus Uni­versity of Bu­dapest. He has been André Molitor Chair at the Univer­sité catholique de Louvain and was previously a Visit­ing Professor at the Uni­versities of Lund and of Erfurt, at the Cen­tral University of Finance and Eco­nomics Bei­jing, at the Uni­versity of Malaya, at Zhejiang and at Gadjah Mada Univer­sities, at the Na­tional Institute for Development Admin­istration (NIDA) Bangkok, and at the Lee Kuan Yew School of Public Policy, Na­tional Uni­versity of Singapore (full-time). In 2019, he was an ANZSOG Visiting Scholar.

Within civil service, Wolfgang has been Ad­visor to the President of Estonia, Executive Secretary with the German Wissenschaftsrat during German Reunification, an APSA Congressional Fellow as well as a Senior Legislative Analyst in the United States Congress. Additionally, he has been a consultant to international institutions such as the OECD, the Council of Europe, SIGMA, the World Bank, the European Union (especially Commission and Parliament), the Inter-American De­velopment Bank, the UNDP, to national govern­ments, and to private sector organisations.

Wolfgang has received the Estonian National Science Award, the Alena Brunovskà Award for Teaching Excellence, the Maar­jamaa Rist (Estonia’s Order of Merit), the German Federal Merit Cross and the Senator Boorsma Award from SECoPA. He is author or editor of more than 20 books and journal issues and well over 100 scholarly articles. More about Wolfgang Drechsler

Research Fellow at Ragnar Nurkse School of Innovation and Governance 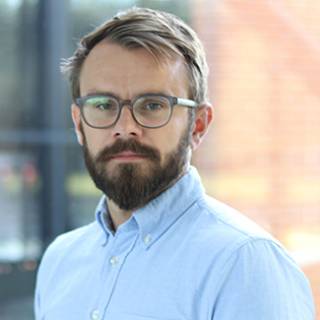 Erkki Karo is a Research Fellow at the Chair of Public Management and Policy. He has received BA from the University of Tartu and PhD from the Tallinn University of Technology. He has also been a visiting PhD research student at the Katholieke Universiteit Leuven, University College London and University of Iceland.

He is a co-organizer of the permanent study group on Public Administration, Technology & Innovation at the European Group for Public Administration (www.ttu.ee/pati). Currently (until 2015) he is a principal researcher in the Research and Innovation Policy Monitoring Programme and coordinator of the ETF grant Institutions and economic development in East Asia and Central and Eastern Europe. More about Erkki Karo 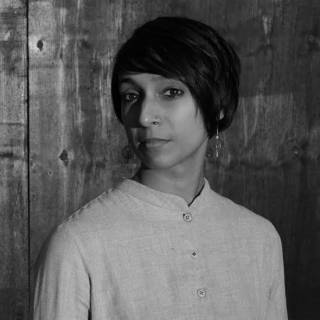 She is an architect and planner who works as a public servant at Homes England and previously at the Greater London Authority, Publica and We Made That.

Pooja is a Fellow at the Institute of Innovation and Public Purpose, Associate at the Quality of Life Foundation and a member of the Design South East Review Panel.

She has previously mentored at FLUID and Stephen Lawrence Trust, and taught at Central Saint Martins.

Pooja was nominated for the Planner’s Woman of Influence in 2018 and 2019. More about Pooja Agrawal 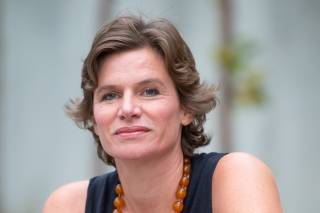 Mariana Mazzucato (PhD) is Professor in the Economics of Innovation and Public Value at University College London (UCL), where she is Founding Director of the UCL Institute for Innovation & Public Purpose (IIPP). She is winner of international prizes including the Grande Ufficiale Ordine al Merito della Repubblica Italiana in 2021, Italy's highest civilian honour, the 2020 John von Neumann Award, the 2019 All European Academies Madame de Staël Prize for Cultural Values, and 2018 Leontief Prize for Advancing the Frontiers of Economic Thought. She was named as one of the '3 most important thinkers about innovation' by The New Republic, one of the 50 most creative people in business in 2020 by Fast Company, and one of the 25 leaders shaping the future of capitalism by WIRED.

She is the author of four highly-acclaimed books: The Entrepreneurial State: Debunking Public vs. Private Sector Myths (2013), The Value of Everything: Making and Taking in the Global Economy (2018), Mission Economy: A Moonshot Guide to Changing Capitalism (2021), and most recently The Big Con: How the Consulting Industry Weakens our Businesses, Infantilizes our Governments and Warps our Economies (2023). She advises policymakers around the world on innovation-led inclusive and sustainable growth. Her current roles include being Chair of the World Health Organization's Council on the Economics of Health for All, Co-Chair of the Global Commission on the Economics of Water, a member of the South African President’s Economic Advisory Council, the Scottish Government’s Council of Economic Advisors, the European Space Agency’s High-Level Advisory Group on Human and Robotic Space Exploration for Europe, and the United Nations High-level Advisory Board (HLAB) on Economic and Social Affairs, among others. 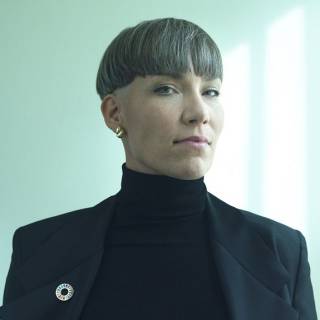 Working with digitalisation since the 1990-ies, Darja Isaksson is the founder of two successful agencies, working with business- and product development for clients such as Sony Ericsson, IKEA and Husqvarna.

In her work, she has led teams where the results have been innovative services and products used by millions of customers, as well as new ways of working with innovation. Apart from being executive advisor and board member of multiple companies, she has served as advisor to the Swedish Government in the Digitalisation council as well as the Swedish Prime Ministers Innovation Council, evaluated national research and innovation programmes and served on the board of Swedish research institutes RISE ICT and RISE Interactive.

As a result of her work, she has been awarded "Most powerful opinion maker in Sweden", and is listed as one of the "Worlds' 100 most influential people in digital government." She is the Director General of the Swedish Innovation Agency Vinnova since August 2018. More about Darja Isaksson 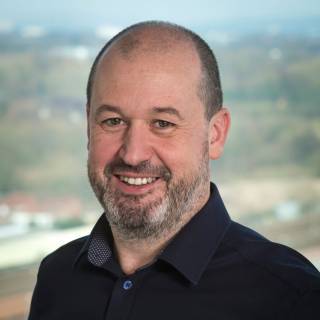 Mike was awarded a CBE in the 2014 New Year’s Honours list in recognition of the digital transformation of public services, and for working to develop football in the borough of Hackney.