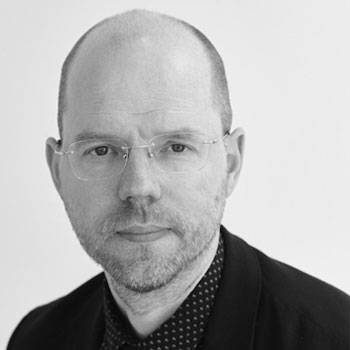 Rainer is professor of innovation and public governance at IIPP.

He led Ragnar Nurkse School of Innovation and Governance for 10 years, building it into one of the leading innovation and governance schools in the region.

Professor Kattel has also served on various public policy commissions, including the Estonian Research Council and European Science Foundation. He has worked as an expert for the OECD, UNDP and the European Commission. Currently, he leads the Estonian Government’s Gender Equality Council, and is a member of E-Estonia Council advising the Prime Minister of Estonia.

He has published extensively on innovation policy, its governance and specific management issues. His recent books include:

In 2013, he received Estonia's National Science Award for his work on innovation policy.

Rainer's research focusses on organisational and institutional aspects of innovations and innovation policies. Much of the technology in your reading device was funded either directly by the public sector or is a spillover from this funding. It may have been commercialised and packaged into new desirable and useful products, but the fundamental technologies that makes our modern devices “smart” were publicly funded. But what makes states entrepreneurial? What is it that makes government machinery dynamic and bold enough to shape the future of innovation? Rainer's research shows that successful governments—entrepreneurial states — manage to deliver a delicate balancing act: they are able to create space for agility (taking risks and experimenting, responding to new challenges) and providing stability (minimising long-term risks and uncertainty). Originally, the word “capacity”, which seems to be medieval neo-Latin, strictly meant “space for something”, a sense in which it is also still used today. Capacity for innovation in bureaucracy is about having the space — skills, networks, organisations — for both agility and stability. His forthcoming book with Yale University Press on innovation bureaucracies will be the first book length study of these organisations.

Rainer's research on digital transformation in the public sector focusses on emerging international paradigms in how governments digitalise their activities. The main research goal is to understand how public digital infrastructure and government platforms are shaping public services and their delivery, socio-political and market dynamics. His research is mapping how countries such as Estonia, the UK, Italy, and others implement in highly diverse ways the digital government.

His research on public sector innovations focusses on issues such as legitimacy and trust, key elements of innovative public services that have previously received scant attention. This line of research has also resulted in the first academic study of innovation labs in the public sector.

In innovation policy, he has studied the impact of new public management reforms and European Union architecture on innovation policy-making, as well as policy learning across borders. His paper on public procurement as an industrial policy tool won Best Paper Award at the World Procurement Conference in 2010.

He has also co-edited a key comparative volume on public procurement of innovation and a major volume on alternative economic theories.