Wolfgang Drechsler is an honorary professor at the UCL Institute for Innovation for Public Purpose (IIPP). 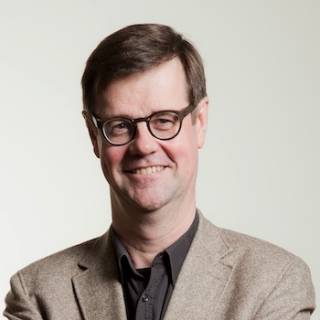 Wolfgang is Professor of Governance at the Ragnar Nurkse Department of Innovation and Governance at Tallinn University of Technology, as well as an Associate at Harvard University’s Davis Center.

His academic focus areas include Technology, Innovation & Governance; Non-Western paradigms of governance, especially Buddhist, Confucian, and Islamic (Southeast and East Asia); and Public Management Reform generally. He also has a strong background both in heterodox economic theory and in classical political philosophy.

He has a PhD from the Uni­ver­sity of Marburg and a SocScD (honorary doc­torate) from Cor­vi­nus Uni­versity of Bu­dapest. He has been André Molitor Chair at the Univer­sité catholique de Louvain and was previously a Visit­ing Professor at the Uni­versities of Lund and of Erfurt, at the Cen­tral University of Finance and Eco­nomics Bei­jing, at the Uni­versity of Malaya, at Zhejiang and at Gadjah Mada Univer­sities, at the Na­tional Institute for Development Admin­istration (NIDA) Bangkok, and at the Lee Kuan Yew School of Public Policy, Na­tional Uni­versity of Singapore (full-time). In 2019, he was an ANZSOG Visiting Scholar.

Within civil service, Wolfgang has been Ad­visor to the President of Estonia, Executive Secretary with the German Wissenschaftsrat during German Reunification, an APSA Congressional Fellow as well as a Senior Legislative Analyst in the United States Congress. Additionally, he has been a consultant to international institutions such as the OECD, the Council of Europe, SIGMA, the World Bank, the European Union (especially Commission and Parliament), the Inter-American De­velopment Bank, the UNDP, to national govern­ments, and to private sector organisations.

Wolfgang has received the Estonian National Science Award, the Alena Brunovskà Award for Teaching Excellence, the Maar­jamaa Rist (Estonia’s Order of Merit), the German Federal Merit Cross and the Senator Boorsma Award from SECoPA. He is author or editor of more than 20 books and journal issues and well over 100 scholarly articles.