Wolfgang Drechsler is an Honorary Professor at the UCL Institute for Innovation for Public Purpose (IIPP). 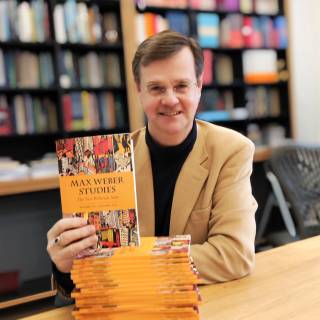 Wolfgang Drechsler is Honorary Professor at the UCL Institute for Innovation for Public Purpose (IIPP), and Principal Investigator of the Islamic Public Value project at IIPP, funded by the John Templeton Foundation.

Wolfgang has received the Estonian National Science Award; the Alena Brunovskà Award and the Merit Award from NISPAcee; the Outstanding Alumnus Award from Bridgewater College; the Maarjamaa Rist, Estonia’s Order of Merit; the German Federal Merit Cross; TalTech’s Top Scientist award as best PhD advisor for three years in a row; and the Senator Boorsma Award from SECoPA. He is the author or editor of more than 20 books and journal issues and well over 150 scholarly articles, as well as editor-in-chief of Halduskultuur. His book How to make an Entrepreneurial State: Why Innovation needs Bureaucracy (with IIPP Deputy Director Rainer Kattel and Erkki Karo) was published by Yale University Press in September 2022.

Wolfgang’s areas of interest include Non-Western PA, Governance, and Economics, especially Islamic, Buddhist, and Confucian; Technology, Innovation & PA; and Public Management Reform generally. He also has an active interest in Political Philosophy and in Economic Theory. His regional foci are Southeast and East Asia and Central and Eastern Europe.