Professor Christoph Lindner announced as new Dean of The Bartlett

Professor Lindner will take up his post as The Bartlett marks its 100th anniversary year and tops renowned QS Subject World Rankings as the best Architecture and Built Environment faculty in the world. 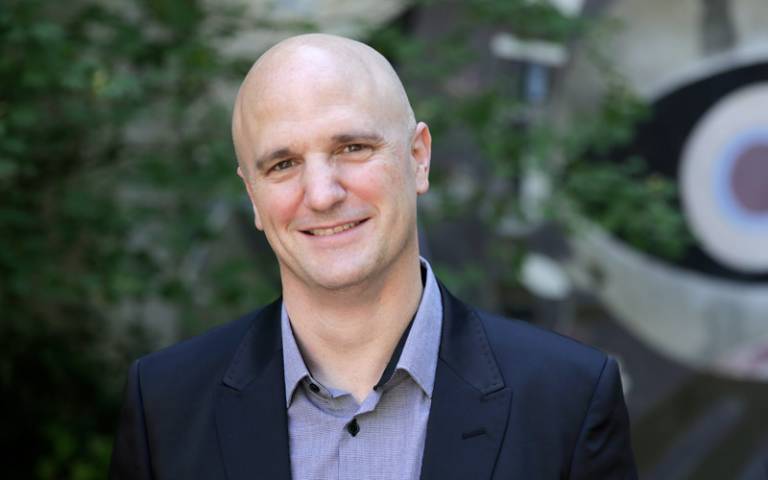 The Bartlett, UCL’s global faculty of the built environment, has announced Christoph Lindner as its new Dean. Professor Lindner becomes the 14th Dean of the faculty and will succeed the current Dean, Professor Alan Penn, when he officially takes up the post on 1st September 2019. The news comes the week after The Bartlett was announced as the number one place in the world to study Architecture and the Built Environment in the QS World Rankings by Subject.

The appointment was made following a worldwide search and a competitive interview process. Professor Lindner is currently Professor and Dean of the College of Design at the University of Oregon and is renowned for his research in the areas of globalisation and gentrification, brutalist architecture, creative urbanism, and the rise of elevated parks in postindustrial cities.

“We are delighted to welcome Christoph as the incoming Dean at this important time for the faculty. In recent years, the Bartlett has grown to become the most comprehensive built environment faculty in the world, recognised for the quality of its research, teaching and external engagement. It has the capacity to profoundly shape the way people around the world perceive and interact with the built environment.

I would also like to pay tribute to Alan Penn. Over the past 10-years, The Bartlett has cemented its position as a world-leader and its recent success is down to the leadership Alan has provided.

The past ten years

The departing Dean, Professor Alan Penn, will step down following two five-year terms in the role – the maximum allowed by UCL. During his ten years at the helm, Alan Penn has directed The Bartlett Faculty through major organisational change, transforming it into a faculty of twelve schools and institutes deeply engaged with developing new thinking about the built environment in the 21st Century.

Under Alan Penn’s tenure, the Bartlett’s study programme has doubled from 36 to 77 different programmes with over 3,500 students. The Faculty has also grown five-fold in terms of income and over six times in terms of staff numbers. To accommodate this growth, the Bartlett estate has developed from 5,500m2 to 14,000m2, including the refurbishment of 22 Gordon Street and launch of the Here East facility on the Queen Elizabeth Olympic Park. Accelerate, the pioneering education and mentoring programme aimed at increasing diversity in the architecture profession, was also established during this time.

Professor Christoph Lindner will be tasked with leading key future objectives for the school. These include establishing a UCL Energy Impact Accelerator programme, encouraging and supporting cross-disciplinary practice, maximising opportunities for cross-disciplinary work at Here East, playing a key role in UCL East, and a focus on equality, diversity and inclusion.

“The Bartlett is unique for bringing together the most radical and advanced thinking on all aspects of the built environment. It is an exciting time for the faculty which has just been ranked as the top institution in the world for architecture and built environment subject and is celebrating the centenary of The Bartlett name. I am thrilled and energised to be joining an innovative academic community committed to shaping a fairer and more prosperous future for cities and societies across the world.

Speaking about the appointment of his successor, Professor Alan Penn said,

“I am really pleased that we have managed to attract Christoph Lindner to take up the Deanship of The Bartlett. His work has a breadth of coverage that fits excellently with the faculty and his experience on both sides of the Atlantic will bring a fresh perspective as we negotiate uncharted territory over coming years.

Throughout 2019, The Bartlett is marking 100 years since Sir Herbert Henry Bartlett a civil engineer and building contractor consented to the department being named in his honour after a donation in 1911 to fund a new building to house the School of Architecture. The centenary year will be used to explore the radical thinking that has characterised The Bartlett for a century, celebrating the past and present while setting an agenda for the future of the built environment.

Deans of The Bartlett

The Schools and Institutes of The Bartlett