Project First Light is an ERC funded research activity whose principal goal is to examine the role that early galaxies played in driving cosmic reionisation. Via deep imaging in blank fields and through gravitationally-lensing clusters, galaxies in the reionisation era are examined spectroscopically using a variety of large ground-based telescopes. Lower redshift analogues of galaxies in the reionisation era are also studied in detail to understand the physical processes by which Lyman continuum photons are produced and can escape into the intergalactic medium. This focused observational activity is supplemented by a theoretical component based on numerical simulations incorporating radiative transfer and the modeling of nebular emission lines as a probe of the nature of the ionising radiation field. The group is actively planning programmes to be undertaken with future facilities including the James Webb Space Telescope - you can read about our accepted proposals on the James Webb Space Telescope here.

Congratulations to Guido Roberts-Borsani for receiving the prestigious Chancellor’s award at UCLA in November 2022! Guido was a former UCL postgraduate and postdoctoral researcher in the First Light team and remains a continuing collaborator.

The citation for his award highlights "his contributions to our understanding of the birth and early growth of galaxies... and his clear leadership in the planning analysis of the first observations with the James Webb Space Telescope." Well done Guido! 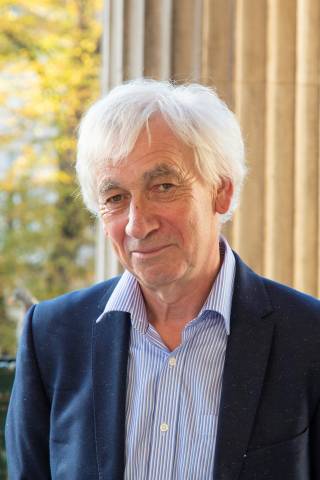 Each year, Clarivate produces a list of “Highly Cited Researchers” - an elite group most frequently cited by their peers over the last decade.   The group comprises those individuals whose multiple highly-cited papers rank in the top 1% by citations in the Web of Science

This year, In the field of astronomy, Clarivate identified 104 astronomers world-wide and 12 in the UK, including Richard Ellis.

Members of the First Light team claim to have the first convincing evidence for when the first stars and galaxies began to shine. Their analysis indicates that this important moment, known as the “cosmic dawn,” occurred between 250 to 350 million years after the Big Bang. The researchers also calculated that the first galaxies, seen at their birth, will likely be sufficiently luminous to be detected with NASA’s James Webb Telescope due for launch later this year.

Discovering when the cosmic dawn began has been the life’s work of Professor Richard Ellis who commented: “The Holy Grail in observational cosmology has been to look back far enough that one might see the very first generation of stars and galaxies emerging from darkness. We now have convincing evidence of when the universe was first bathed in starlight and  hope to soon make direct observations of this event with the James Webb Space Telescope.”

The scientific article, led by Dr Nicolas Laporte with co-authors Romain Meyer and Guido Roberts-Borsani (all former UCL team members)  and Richard Ellis is being published in the Monthly Notices of the Royal Astronomical Society.

Further details can be found here. 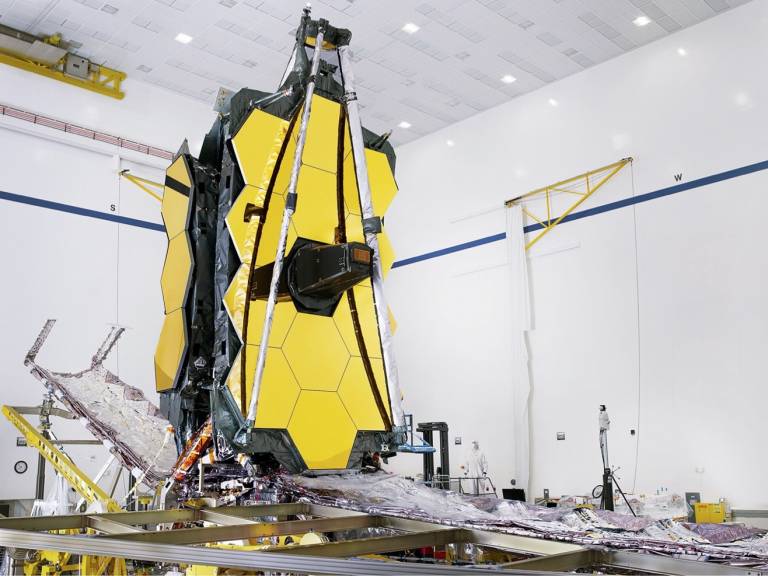 A list of the accepted proposals can be found here.

In addition to the First Light group’s success described above, it is interesting to note that 16% of all 83 accepted JWST proposals in the ‘Galaxies’ category are led by a current or former postdoctoral researcher or student supervised by Professor Ellis. In 1996 Professor Ellis was the only European-based member of the NASA ‘HST and Beyond’ committee that recommended the construction of what became JWST. 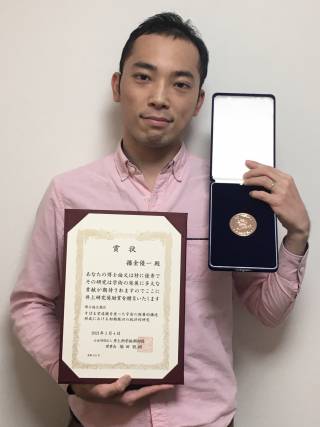 Congratulations to Yuichi Harikane (Honorary Researcher with the First Light team), who has won an Inoue Research Encouragement Award for Young Scientists from the Inoue Foundation for Science. This prestigious award is given to researchers under the age of 37 who have obtained a doctoral degree in the field of science and engineering in the last three years. The Institute of Physics have awarded Richard Ellis the Michael Faraday Gold Medal and Prize, in recognition of over 35 years of pioneering contributions in faint-object astronomy. In awarding this honour, the IoP noted Richard's relentless efforts to push to earlier epochs through faint-object spectroscopy and the use of gravitational lensing, which have inspired generations of young observers who follow in his path.

In May 2018, our team made an important contribution towards astronomers' understanding of the timescales during which the first galaxies appeared in the Universe, by studying a galaxy formed 250 million years after the Big Bang. These results come from observations carried out with the ALMA observatory and the Very Large Telescope.

Significant breakthrough in understanding the early formation of stars

Our project has seen a number of papers published, which are available on UCL Open Access and via our website.

A popular summary of our progress was published in EU Research.

The team is led by Professor Richard Ellis, and supported by both Research Associates and PhD students.