After 4 years' service as Project Manager, Rebecca moved on and upwards to a new role as Senior Research Officer in the Department. To thank her for her sterling service we enjoyed a farewell lunch in a nearby Turkish restaurant.

All the best and thanks Rebecca!

To celebrate the gradual release of lockdown, the group had lunch together for the first time since September 2020 at the Bleeding Heart Bistro in a cobbled courtyard near Holborn, London. Urban legend has it that the courtyard’s name commemorates the murder of Lady Elizabeth Hatton whose family formerly owned the wealthy area. It is said her body was found here on 27 January 1646 with her heart still pumping blood. Despite this gruesome history, a good time was had by all! 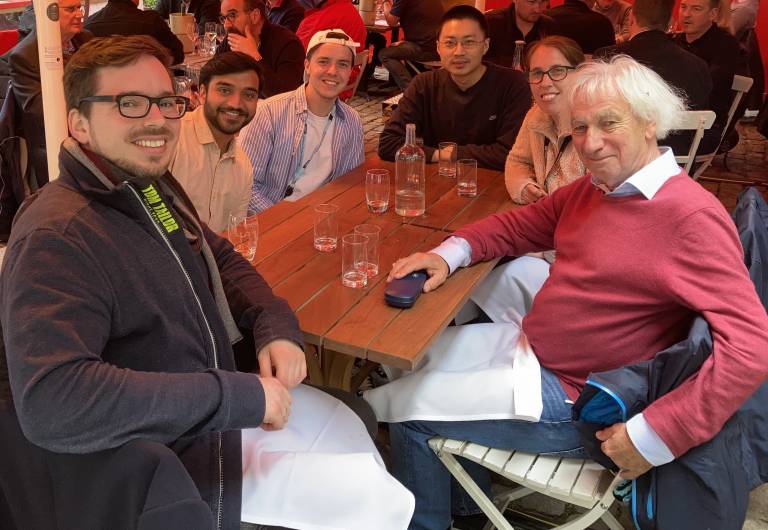 After a sumptous lunch we visited nearby Ely Place, which used to be the London townhouse of the Bishops of Ely, Cambridgeshire from 1290 to 1772. Remarkably, until recently, this part of London was considered to be Cambridgeshire, with its own gatehouse (pictured) and beadles (a sort of police force).

A slightly different summer outing in London during the Covid-19 pandemic (and the first 'in-person' meeting for the team since March!).

On 17 July 2019, the First Light team took a summer outing - a self driven boat trip down the Regent's Canal.