Co-director of Shaqadud Project (Sudan)- Alternative formsof cultural adaptation to mid-Holocene desiccation, in collaboration with LadislavVaradzin, Institute of Archaeology of the Czech Academy of Sciences, Prague

Dorian is Professor of Archaeobotany. He has taught undergraduate and postgraduate modules on methods and theory in Environmental Archaeology, Archaeobotany, the origins of agriculture, historical linguistics and archaeogenetics, and regional archaeology courses on Sudan and on Asia (South, East and Southeast Asia).  He does intensive practical teaching on seed identification for crops and major economic taxa from across Eurasiaand Africa. He currently co-ordinates the MSc in Environmental Archaeology.

Dorian Q Fuller (born Rolla, Missouri, USA) isProfessor of Archaeobotany and joint director of the International Centre for ChineseHeritage and Archaeology. He began teaching at UCL since completing his PhD atCambridge in 2000. He has worked widely in archaeobotany and archaeologicalfield projects across the Old World, in parts of Africa, including numerousfield projects in fieldwork projects in many parts of India (since1997), Sudan(since 1997), China (since 2004), Ethiopia (since 2011), Turkey (Ҫatalhöyük, 2011-2017),Iraqi Kurdistan (since 2014), as well as field projects in Thailand, Myanmar,Morocco, Spain, Gibralter, Pakistan, and Sri Lanka. His fieldwork has focusedon archaeobotanical sampling of archaeological sites aimed to fill in key gapsin direct evidence for past agriculture.  His laboratory work focuses onplant macro-remains, but sometimes includes archaeological wood charcoal,phytoliths and parenchyma. In addition to working on plant assemblages fromcountries listed above under fieldwork, he has carried out or supervisedlaboratory on archaeobotanical assemblages from Bangladesh, Cambodia, Vietnam,Tanzania, Kenya, Rwanda, Uganda, Benin, Mali, Mauretania, Senegal, Libya,Kazakhstan, Iran, Israel, Italy, Britain, Ireland, Serbia, Caribbean, Chile, Hehas also carried out some ceramic analyses (from India and Sudan). He has alsocarried out botanical and ethnobotanical fieldwork, especially in the study ofwild and cultivated rice ecologies.

Dorian’s majorresearch projects have includes more than a decade on research on early rice.The Early rice project (2009-2019) was funded through 3 grants from the NaturalEnvironment Research Council. This project has improved methods and evidencefor the evolution and spread of rice agricultural systems throughout Asia, andhow these have impacted social and environmental change, including prehistoricincreases in the greenhouse gas methane that came from rice. Another majorproject was the ERC-funded "Comparative Pathways to AgricultureProject" (2013-2018), which compared domestication trajectories for morethan 30 crops across different regions of Asia and Africa.

He is author of Treesand Woodlands of South India. Archaeological Perspectives (2008) and aco-editor of Far From the Hearth: Studies in Honour of Martin Jones(2019), Archaeology of African Plant Use (2014) and Climates, Landscapesand Civilizations (2012). He was one of founding editors of the journal Archaeologicaland Anthropological Sciences, which he edited from 2008-2020. He is on thecommittee of the International Work Group for Archaeobotany; and the committeeof the Sudan Archaeological Research Society. He held a Japanese Society forthe Promotion of Science visiting professorship in Kyoto in 2007. He has taughtcourses as a visiting Professor at Peking University, ShandongUniversity,  Sichuan University and Northwest University in China. He is UK director (since 2012) of the International Centre for Chinese Heritageand Archaeology, joint centre of UCL and Peking university established in 2004.He is an Honorary Professor at the School of Cultural Heritage at NorthwestUniversity in Xi’an

Faces of the IoA - Dorian Fuller 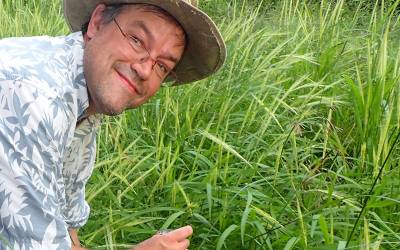 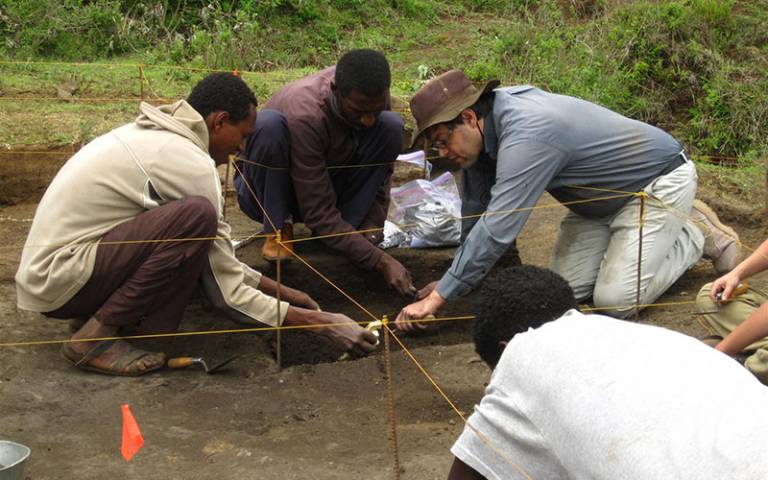