Old English Monsters: The Making of the Monster

What defines a monster, and why? Lorna Webb has been exploring the famous old English text, Beowulf, and discussing the representation of a monstrous character in this Halloween-themed blog post! 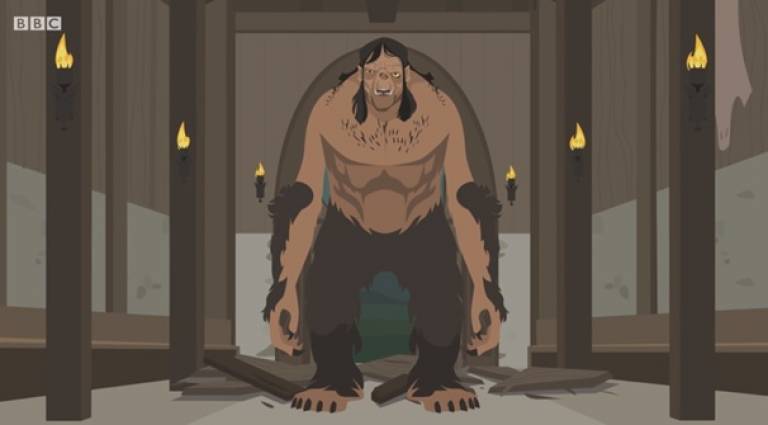 At first, the question ‘what makes a monster?’ seems easy: Frankenstein’s monster, Dracula, maybe even Godzilla. But what makes these examples monsters? Is it their actions, how they look, or something deeper that sets them apart from normal society? Monsters do not exist in a vacuum and have layers of historical background behind them reflecting the collective fears and the breakdown of societal norms of a cultural development.

The word monster originates from the Latin word monstrum, which means "to remind, warn, instruct, or foretell.” This indicates the literary purpose of a monster, they are what comes when societal laws are broken, when unnatural things occur (Dauber 2019).

Stories with these themes can be found through stories from classical civilisations which shows both monsters and monstrous behaviour. Examples include creatures such as the Polyphemus (Murgatroyd 2007) with his eating Odysseus’ men and then acts by human characters such as Medea (when she murders her children) and Hercules (when he kills his family).

With the advent of Christianity, monsters and monstrous behaviour became more in line with the teachings and attitudes of early Christianity. Examples of both monstrous creatures and acts by human characters from as far back as the early medieval time can be found in The Nowell Codex.

Currently housed in the British Library, The Nowell Codex is a manuscript containing a number of works which all describe monsters or monstrous acts (Godden and Lapidge 2013). A famous work from the Nowell Codex is ‘The Wonders of the East’ (which has drawings and descriptions of fantastic creatures), but here I will unpick ‘Beowulf’...

The Monster(s) of Beowulf

Beowulf is a famous Old English epic poem. It has been studied and translated to modern English, so you or I can enjoy it! The poem draws on a variety of things… Scandinavian legends, mythical monsters, warrior culture, folklore, Icelandic sagas, and early Christian ideals.

This complex text survives in only one copy. This makes Beowulf even more important as a work of early medieval literature; as it stands alone. In the poem there are three monsters; Grendel, Grendel’s Mother and the Dragon. We are just going to focus on Grendel.

“A fiend out of hell” (The introduction of Grendel in Beowulf, line 100) 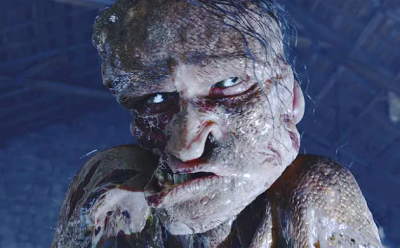 Grendel as depicted in the 2007 film adaptation of Beowulf (Credit: Guardian article).

The poem tells of the title character coming to the aid of Hrothgar, king of the Danes, whose court is being terrorised by the monster Grendel. Every evening for 12 years, Grendel has attacked, killed, and eaten occupants of the court. Grendel also has little physical description, and instead is simply described as “shadowy” (l.703). Despite this lack of description, these actions and heritage of Grendel make him appear monstrous. We can unpick this strongly when thinking about early Christianity…

Beowulf, as a written source appears at a time where both pagan religions and Christianity intersect. This means that elements from both cultures are contained in the manuscript.

The Old Testament biblical events found in the poem Beowulf are very sparse. This could mean they were added later to a mostly pagan poem. In Biblical references connected to Grendel the poet of Beowulf has used the two examples from right at the beginning of the Bible to allude to the beginnings of good and evil, right, and wrong and the difference between the hero and the villain.

When Grendel first appears, he is described as “a well-known wanderer in the borderland wastes” (l.100-106) and is described as being descended from Cain (Mellinkoff 1979:143). The biblical Cain is the Bible’s first murderer and is resultantly sent out of society by God (Neidorf 2021). Grendel is seen in the same way, deemed as an exile.

Throughout the first part of the poem, Grendel is described as “enemy of mankind, feond mancynnes; mancynnes feond”. This is taken further in another of his monstrous acts...

“(He) drank the blood from the veins, swallowed in sinful gulps.” (Beowulf, line 741)

God specifically forbids this to Noah after the flood and this creates a link between the consuming of blood and the committing of sins. In the story of Cain and Abel when Cain murders his brother he buries him in the ground, which “consumes his blood”. Jorstad (2016) goes into more detail on this subject but the parallel with Grendel’s consumption reveals his monstrous nature and reinforces his status as an “enemy of mankind” and Grendel’s role in the breakdown of a society.

The consumption of blood is an important theological issue in early medieval Christianity. The “blood” element in the Christian communion service is an important sacrament. The links between the monstrous and the divine are blurred in the context of Christian communion, with Christ’s blood being consumed but forgiving the drinker’s sins. This is interesting when compared to the condemnation the pagan Grendel is treated to.

So what makes the monster? Grendel is described as a being from a race of outcasts, descended from the cursed line of Cain, the first murderer. He represents someone/something outside the control of God and outside of society; he represents a world without order. The nature of the old English monster can be summarized as the manifestation of unnatural things against God and society without laws and culture. However, it is not that black and white.

The Old English word “Āglǣca” is used to describe Grendel (l.730). But its meaning is unknown as it is also used to describe Beowulf himself. It has been suggested that this word could mean both “monster” and “hero”. Is Beowulf the great hero the poem indicates? Or is his treatment of Grendel unjust? This could show that fundamentally, in every human being there is something deeply “monstrous.”

The way of Old English monsters reflects the attributes of the nature of humanity and the consequences of pagan beliefs, the new way to understand and apply Christian beliefs to early medieval societies and a way of explaining the route to salvation through Christian theology.

All translations of the Old English are by Seamus Heaney found in Donoghue (2002).

BBC Bitesize have a child friendly video version of Beowulf.