At UCL we create an atmosphere where intellectual innovation thrives. We pursue new avenues of research driven by the curiosity and commitment of our academics in their fields. UCL’s world-leading reputation is built on this foundation of attracting the best minds, enabling careers to flourish through outstanding programmes that support and nurture talent, and roles that challenge and inspire. Through these activities we create the perfect conditions for cross-disciplinary collaboration and research that changes the world for the better.

New campus gets set to open in the Olympic Park 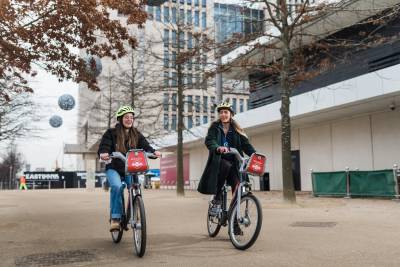 UCL’s brand new campus, UCL East, is just months away from opening in the Queen Elizabeth Olympic Park at East Bank in September 2022, as part of the education and cultural legacy of London 2012.

UCL East will be home to around 60 new degree programmes and research in interdisciplinary fields that build on UCL’s existing reputation for collaboration, disruption and innovation. These range from biodiversity, decarbonising transport and disability and accessibility to robotics, AI, and manufacturing. Our aim is to help turn UCL’s excellence in research, teaching and learning into an even greater number of practical applications that deliver economic and social value to London and the world.

The new campus on the waterfront in the Park will include apartments for over 500 students, cafes, shops, workshops, a cinema and public art installations. Students will study in cutting-edge new research centres on courses developed with experts from business and industry, such as the Advanced Propulsion Lab.

UCL East’s unique environment will bring diverse minds from different disciplines together to tackle the biggest issues facing the world today. For all the latest developments on UCL’s new campus, follow @UCLEast on Twitter. 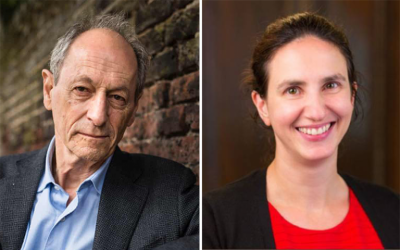 Two UCL academics have received special recognition by the British Medical Journal awards which celebrate those who are transforming healthcare.

Professor Pagel (UCL Mathematics) was recognised for her courageous public engagement work during the Covid-19 pandemic. She used detailed Twitter ‘threads’ to debunk myths about Covid-19 and to highlight the strain faced by intensive care units. Her words struck a chord with tens of thousands of readers online.

Professor Sir Michael Marmot (UCL Institute of Epidemiology & Healthcare) received an Outstanding Contribution to Health award for his work in health inequalities. His report Build Back Fairer: The Covid 19 Marmot Review (December 2020) found social and economic conditions before the pandemic contributed to high and unequal mortality rates. The author of several landmark reviews on public health, including hugely influential Fair Society Healthy Lives: the Marmot Review, commissioned by the then Prime Minister Gordon Brown, Professor Marmot has spoken extensively on the subject throughout the pandemic, to online audiences all over the world. 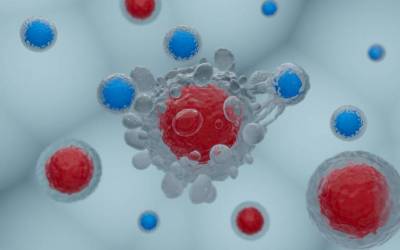 The CAR-T programme led by Led by Dr Martin Pule at the UCL Cancer Institute is the most comprehensive of its kind in Europe. It is revolutionising the way we think about treating cancer. The personalised therapies created use patients’ own immune cells and re-engineer them to attack the disease in the body, making it highly effective against forms of cancer where traditional treatments like chemotherapy have been unsuccessful.

Previously available only to patients under 25 due to certain side effects, the treatment has now been further refined by academics, and has trialled in older adults with great success. Dr Claire Roddy, co-lead on the programme, described it as ‘probably the biggest breakthrough in the last 20 years’ for these types of blood cancers which are notoriously difficult to treat – namely leukemia and lymphomas. There is also hope that the treatment can be further modified to treat other forms of cancer. 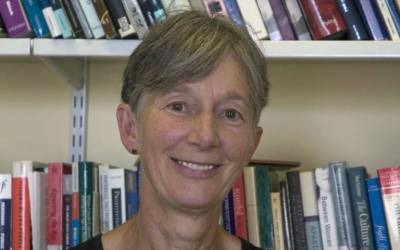 In September 2021, the highly prestigious Leverhulme Medal and Prize was awarded to Catherine Hall FBA, Emerita Professor of Modern British Social and Cultural History and Chair of the UCL Centre for the Study of the Legacies of British Slavery.

Awarded every three years for significant contribution to knowledge and understanding in a field within the humanities and social sciences, the award recognises Professor Hall among the most methodologically innovative researchers worldwide. The impact of her work is particularly important to the study of class, gender, empire and postcolonial British history - and in helping us to apply this improved understanding of the past to the inequalities of today.

The Centre for the Study of the Legacies of British Slavery is the UK’s leading public history centre for research on the history of slavery and its aftermath. Its data, analysis and expertise is freely accessible online to people all over the world. 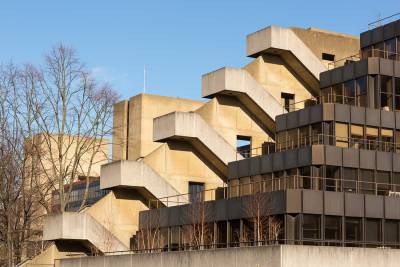