Dr Corisande Fenwick is Associate Professor in Mediterranean Archaeology. She is also Director of the British Institute for Libyan and Northern African Studies, a British International Research Institute sponsored by the British Academy. Her current research focuses on empire and everyday life in the late antique and Islamic world, particularly North Africa. She is primarily interested in the formation of early medieval states and empires and above all how people experienced the complex regime changes that characterised the Mediterranean 500-1000CE. In 2022, she was awarded a Philip Leverhulme Prize for Archaeology.

Corisande is currently PI of the ERC-funded project EVERYDAY ISLAM- Becoming Muslim: Cultural Change, Everyday Life and State Formation in early Islamic North Africa (600-1000), Co-PI of the AHRC-DFG funded project ISLAMAFR: Conquest, Ecology and Economy in Islamic North Africa (with Moheddine Chaouali and Philipp von Rummel), Co-PI of the Society for Libyan Studies flagship project ‘Bulla Regia: Mobility, Identity and Community in Christian North Africa (with Moheddine Chaouali), Co-Director of the INSAP-UCL Medieval Volubilis Project (with Elizabeth Fentress and Hassan Limane) and Co-I of the AHRC funded OASCIV: The Making of Oasis Civilisation in the Moroccan Sahara (with David Mattingly, Youssef Bokbot and Martin Sterry). Prior to this, she was Co-PI of the British Council funded capacity-building project 'Training in Action' for members of the Tunisian and Libyan antiquities services.

Corisande is currently on research leave, however, she normally teaches the following modules:

Course Co-ordinator: ARCL0064 Selected topics in the archaeology of the Later Roman Empire

Course Co-ordinator: ARCL0167 The Transformation of the Roman Mediterranean

Corisande received her BA in Archaeology, Classics and Classical Art from the UCL Institute of Archaeology. She then moved to California, where she gained an MA in Classics and a PhD in Anthropology at Stanford University in 2013. Before returning to UCL in 2015, she held a post-doctoral fellowship at Brown University and a Leverhulme Early Career Fellowship at the University of Leicester. She has been awarded research grants and fellowships from various bodies, including the European Research Council, the Arts and Humanities Research Council, Leverhulme Trust, British Academy and Social Science Research Council.

Her recent publications include the monograph Early Islamic North Africa (Bloomsbury, 2020) and the co-edited Oxford Handbook of Islamic Archaeology (OUP, 2020) and Aghlabids and their Neighbours: Art and Material Culture in Ninth-Century North Africa (Brill, 2017) 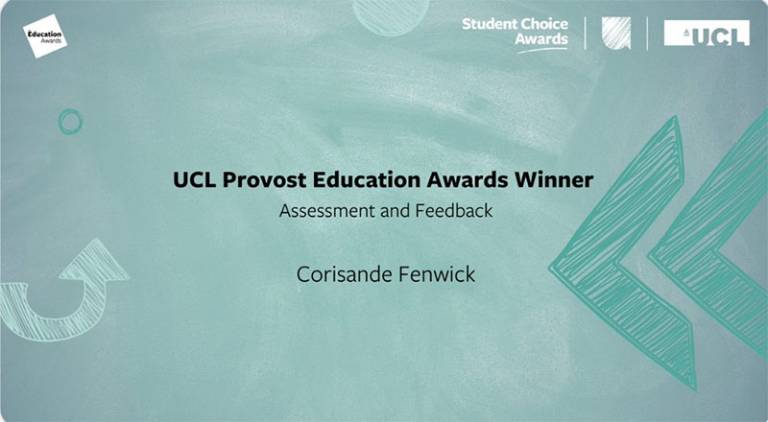