Sharing our work with the wider world

UCL was the first university in England open to all, irrespective of race, religion or gender. We remain committed to raising aspiration and improving access to education. We recognise and act on our responsibility to share our work with wider society, proactively engaging in dialogue with communities to ensure relevancy in our activities.

In 2015 UCL Press was launched as the UK’s first fully open access university press, offering our innovative research to anyone, anywhere in the world. In October we celebrated our 5 millionth download from readers across 244 countries and territories, as far afield as Antarctica and North Korea.

Among the most popular titles were Social Theory after the Internet and Brexit and Beyond – Rethinking the Futures of Europe, with the 5 millionth download being The Global Smartphone – Beyond a Youth Technology. To explore the huge variety of titles available visit the UCL Press website, or you can search on Google Play, WorldReader, JSTOR and many other reading platforms online. 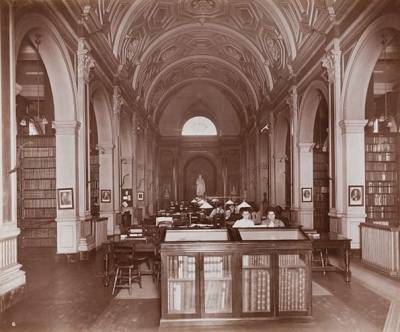 For any institution that creates knowledge, the caretaking of its key documents and findings are crucial to its long term success. The UCL Department of Information Studies was the first School of Librarianship in the UK and since its founding 100 years ago, has shaped information management practices now used in collections and archives all around the world.

To mark the centenary, Curator Dr Alda Terracciano collaborated with students and members of staff to explore the history of the department with a fascinating exhibition, Geographies of Information, which has now been made available online. It includes interviews that explore key issues faced by information professionals and how the industry is changing in the digital age. It stimulates conversation between academia and the professional world, raising questions for all of us around access to information and how its various forms and sources work together to support research.

UCL’s first ever climate action campaign, Generation One, was launched in October of 2021 to inspire people to make pledges on small, climate-positive changes – from increasing the fuel efficiency of their cars to considering the carbon footprint of their favourite foods.

The invitation to make a pledge came ahead of the UN’s COP26 climate conference, where UCL’s team of experts took part in the discussions and provided expert commentary.

The campaign was inspired by the words of former US President Barack Obama: “We are the first generation to feel the effect of climate change, and the last generation who can do something about it.” An exhibition staged by UCL Culture, Inspiring Action on the Climate Emergency, gave a snapshot of how UCL research is creating catalysts for positive change globally, locally and at UCL, and explained the science and potential impact behind each of the 26 pledges. UCL also hosted a series of public events exploring climate justice through workshops, talks and discussions, and released a podcast featuring some of our world-leading climate experts discussing crucial topics from fashion to finance.