There are three major aims of the maternal medicine group. 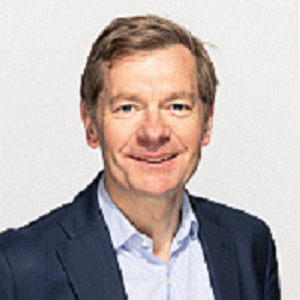 The Stamp Trial: a multi-centre double-blind, placebo-controlled trial of Pravastatin to ameliorate early severe pre-eclampsia, in collaboration with Aston and Birmingham Universities. Publication of this Medical Research Council (MRC) funded, UCL-sponsored trial is expected in 2016.

Pre-eclampsia is a multi-system syndrome of pregnancy characterized by gestational hypertension and proteinuria. Pre-eclampsia affects 3-5% of pregnancies and worldwide is associated with over 60,000 maternal deaths per year. Delivery remains the only cure, but premature delivery can be detrimental to neonatal health whilst delayed delivery exposes the mother to the escalating risks of an unpredictable multi-system disorder.

The mechanism by which the placenta invades the uterine placental bed and induces angiogenesis involves a delicately regulated interaction of immunological and angiogenic factors. Placental derived growth factors involved in placental angiogenesis have altered expression in pre-eclampsia and fetal growth restriction, which are also involved in cardiovascular disease.

Agata Ledwozyw is investigating the relationship between maternal immunosuppressive factors and placental angiogenic factors in women at risk of pre-eclampsia.

Acute Fatty Liver of Pregnancy (AFLP) affects approximately 1:10,000 pregnancies, but it is a devastating syndrome that causes death and profound disability of mother and newborn. AFLP resembles a fatty acid oxidation (FAO) defect. However, two FAO enzyme deficiencies associated with the condition do not explain the majority of cases.

Dr Mandeep Kaler is investigating the cause of AFLP in previously affected families  using novel techniques to identify functional defects in FAO.  She is using whole genome sequencing to identify novel gene variants associated with fatty acid metabolism. Identification and treatment of novel metabolic disorders could prevent the disorder in the first place and reduce on going morbidity in affected offspring.

Pregnancy: a predictor for future health

During pregnancy, almost every organ of the mother's body has to work harder in order to meet the demands of the developing fetus. Women with chronic disease struggle to fulfil these physiological demands. As a consequence, pregnancy outcome can be compromised and long-term maternal health may be threatened.

Gestational syndromes generally develop in the second half of pregnancy when the physiological burden of pregnancy is at its greatest. For example, the progressive insulin resistance of pregnancy acts as a stress-test that transiently unmasks carbohydrate intolerance which we term “gestational diabetes mellitus” in women who are predisposed to type-2 diabetes. Childbirth leads to remission of the maternal condition, but the disease returns in later life when the effects of aging and weight gain expose a persistent vulnerability to diabetes.

Currently, we are investigating the consequences of acute fatty liver of pregnancy on future maternal health.

We have shown that obese men with insulin-resistance are at risk of fathering growth-restricted babies with epigenetic changes to metabolism-controlling genes.(Hillman S. et al. Diabetes Care 2013;36:1675-1680 and Hillman SL. et al. Epigenetics 2015;10:50-61)

In collaboration with Professor Vardhman Rakyan’s group at QMUL, we are investigating whether there is evidence of intergenerational inheritance of acquired epigenetic marks from obese fathers to growth-restricted babies. Further, could pre-conception paternal weight loss reverse obesity-related DNA methylation profiles (DMPs)?