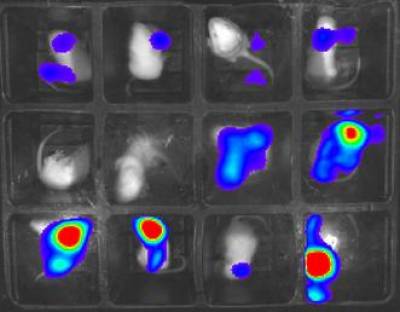 Rajvinder Karda has devoted her doctoral studies to the development and application of bioluminescence imaging of molecular mechanisms underlying neurological development and disease.

She has been studying the application of genetically-encoded biosensors LPS-induced brain inflammation. This formed part of a larger body of research which has just been published in Nature Scientific Reports.

In a separate project, with Masters student Riccardo Privolizzi, she has been studying the effect of expression of X-linked inhibitor of apoptosis protein (XIAP) when delivered by AAV vector to astrocytes in neonatal mice, in a mouse model of cerebral palsy.