Founded in 2004, the UCL Elizabeth Garrett Anderson Institute for Women’s Health (EGA IfWH) is an academic department of the Faculty of Population Health Sciences of University College London (UCL) and is located in London, United Kingdom.

The EGA Institute for Women’s Health has four academic research departments: Reproductive Health, Maternal and Fetal Medicine, Women’s Cancer, Neonatology, and a commitment to global health that runs through all its research.

The Institute has direct links to a rich history of women’s health care and rights dating back to more than a century. This tradition provides an inspiring background to our endeavours to make a difference in women’s health. 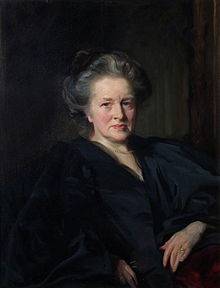 Elizabeth Garrett Anderson was a pioneer of women’s rights in medicine and society. Born in 1836, she made history in 1865 when she passed her medical exams and became the first female doctor to qualify in Britain, despite vigorous opposition from the medical establishment. She was also Britain’s first woman mayor and an early suffragette. She fought tirelessly for women to have access to high-quality health care and for the right of women to practise medicine. In 1872, at the age of 36, she founded the first British hospital for women in London – which became the Elizabeth Garrett Anderson Hospital after her death. In 2008, the hospital's maternity and neonatal services moved to the new University College London Hospitals Elizabeth Garrett Anderson Wing where the majority of our clinical academics are based. 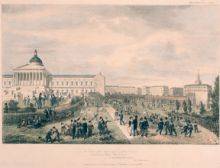 Founded in 1826, UCL was the first university in England to admit students of any race, class or religion. It was also the first university to welcome women on equal terms with men and the first English university to offer the systematic teaching of medicine, law and architecture. UCL has retained this strong tradition of equal opportunity for all whilst consolidating its status as one of the world’s leading universities. 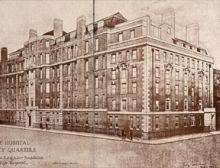 The Obstetric Hospital on Huntley Street was founded in 1923 as part of University College Hospital (UCH). It was the birthplace of many historic innovations in women’s health including the development of ergotamine, which has saved millions of lives worldwide by preventing and treating haemorrhage associated with childbirth. The Fetal Medicine department pioneered the treatment of Rhesus babies, which has become one of the most important life-saving interventions for newborns in the last 100 years. The Neonatal Unit at University College London Hospitals (UCLH), founded in the 1960s, was one of the world’s first dedicated intensive care units for newborn babies and has initiated developments in neonatal care which are now used throughout the world. 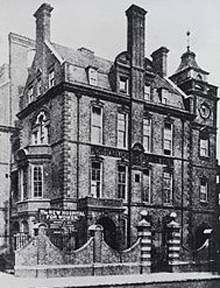 In 1999 as part of NHS reorganisation, the Elizabeth Garrett Anderson Hospital merged with the Obstetric Hospital at UCLH and moved to Huntley Street. In 2008, the majority of women's health services moved to the purpose-built new Elizabeth Garrett Anderson (EGA) Wing. This new facility brings the best of our history of innovation together with the latest technology and facilities.