It's a trap! How I got students to engage with assessment: the power of guided marking

When Dr Steven Vaughan got first year UCL Laws students to mark the first ever essay he wrote as a Law student, the reaction was 'priceless' 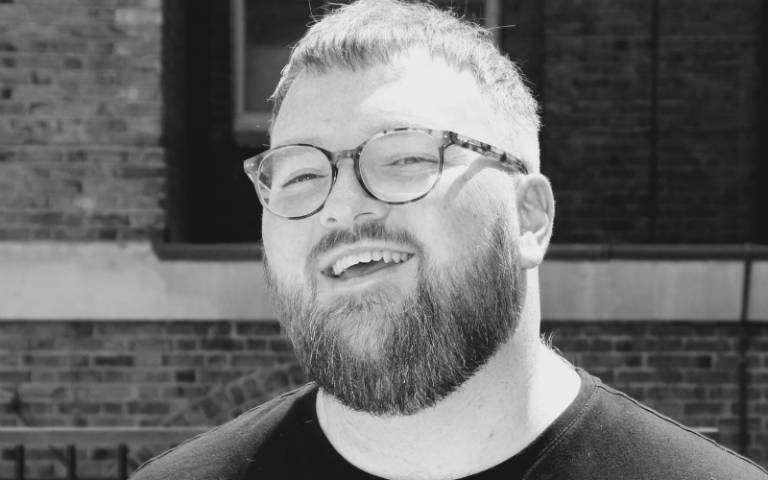 In September 2018, the Faculty of Laws introduced an innovative, compulsory new first year module for all undergraduates, ‘Laws’ Connections’.

It includes some lectures on basic skills and, as part of this, I thought of an interesting way to get the students to engage with marking.

Developed and led by Professor Maria Lee, this module supported our circa. 220 students with their transition to university life and introduced them to the world of law and legal studies through a social problem, rather than a legal category.

Instead of students immediately starting to study (for example) Criminal Law or Contract Law, they could choose two of the following four problems to explore intensively over their first two weeks:

The aim was not to teach them the content of, or to make them experts in, the specific laws. Rather, we want to enthuse them about their future studies, and to introduce them to some basic legal concepts and skills in a supportive environment.

As part of Laws’ Connections we offer a series of skills lectures, which I lead and run.

In their first week, during one of my lectures, titled ‘Marking Exercise’, I gave every student in the lecture theatre a copy of an essay and told them, at the start of the lecture, what we would be doing:

The students then had around 40 minutes to read, mark and give feedback on the essay (it was four pages long).

As part of the lecture, I explained marking ranges at university (what is a “two-one” etc), told them about average first year marks (somewhere in the 50s… to manage their expectations and those of their family and loved ones) and then went through, line by line, the Faculty’s marking criteria.

Having done this, I then turned to the essay I had handed out to them. I told the students that the essay:

All of the above was true. What the students did not know was that I was the author of the essay…

It was the first thing I had ever written on my law degree and which I had kept, along with all of my other undergrad essays, since 1999.

Showing students that they are not expected to be brilliant, yet….

The following week, I gave a follow up lecture: ‘The Essay Marking Exercise: Reflecting on Feedback’.

My second slide was a picture of Admiral Akbar from Star Wars saying his famous line; ‘It’s a trap!”.

I told the students that the essay they had marked had, in fact, been written by me when I was 18 and in my first month at university.

The looks on their faces were priceless. Some laughed, some gasped, one in the front row simply said “but it was so bad”.

I remember, after a few weeks at university, feeling like I was not clever enough to be there, that I should leave. That wasn’t true and I didn’t leave but, at that point, I couldn’t see how I would ever improve.

The exercise was designed both to get students thinking about our marking criteria and to make them realise that they will grow and develop as legal scholars over the course of their degrees. Very few people, if anyone, spring forth able to write, without support and practice, a first class law essay. I was delighted at the level of reflective and careful feedback the students gave on my essay. Even if they did hate my use of commas, and even if they did think it was a 50, when it was in fact a 58…

Understanding how to mark and give good feedback

We then moved on to talk about feedback and I took the students through the HEA’s 7 principles of good feedback.

The 7 principles of good feedback

1. helps clarify what good performance is (goals, criteria, expected standards);
2. facilitates the development of self-assessment (reflection) in learning;
3. delivers high quality information to students about their learning;
4. encourages teacher and peer dialogue around learning;
5. encourages positive motivational beliefs and self-esteem;
6. provides opportunities to close the gap between current and desired performance;
7. provides information to teachers that can be used to help shape the teaching.

We also talked about how students feed back on those who teach them at university.

I took the class through various pieces of research on bias in teaching evaluations and we had a discussion about why this might be the case.

The students looked horrified and kept pushing back at the data, not believing that that sort of bias would be possible.

Finally, we turned to their feedback on my essay.

I told the students that there were two core aims of the exercise:

For the lecture, I used, with permission, anonymised quotes from student emails and photos from the handwritten feedback in my slides.

These examples of what students had said about my essay were grouped in relation to the marking criteria, to show that the students had understood what we are looking for from them and to show that they could spot, from day one, areas for improvement in writing about law.

So, for example, when it came to whether I had answered the question set, one slide contained the following quotes from student feedback:

The first year students were not backwards in coming forward with robust criticism of the essay they had read and marked:

In total, 199 students marked and gave feedback on my 1999 essay. What this meant was me reading and collating those marks and feedback between the two lectures I had given; a decent chunk of work in a short space of time.

I had, in total, four hours for the skills lectures accompanying Laws’ Connections. What took much more time (around 20 hours) was reading the 199 sets of marks and feedback and then using those to create the final slide deck.

As the final ‘big reveal’ I told the students two things:

The students seemed relieved that most of them were not wildly out of line with the actual mark the paper had been given.

Teaching students how to write an email - why?

I also told the students that there had been a second twist to the exercise; asking them to email me their feedback was so I could look at how they wrote emails.

The quality of the emails had been so poor that I was going to spend ten minutes giving a mini-lecture on how to write emails.

While a mini-lecture on how to write an email might seem somewhat patronising, I think we need to better encourage students to see emails like formal letters and not like the texts they send on their mobile phones. This is important not just for how they communicate with us, but also for how they communicate with the outside world and would-be employers. You can also tell so much from how someone signs off their emails…

Disseminating the outcomes of the lecture

This tweeting in turn led to the exercise being written up by Legal Cheek (a highly popular legal news website) in a piece titled, ‘UCL law lecturer shocks freshers with his ‘really bad’ first ever essay’.

It also led to me being interviewed one-one-one for the Guardian in a piece on essay writing, titled 'Don't just vomit on the page': how to write a legal essay'.

Is it an approach that can it be repeated?

I am not sure now if I can do this again - will word have gotten out? Will it still be just as much of a surprise?

I will need to think about what I do next year. Maybe I will ask the Dean if he has any old undergraduate essays he wrote hidden away in storage…

How to emulate this on your course: top tips

Guided marking – why do it and what to do

Student guide to assessment and feedback