Reflecting on feedback: using forms to formalise the process

Students on the UCL Institute of Education’s EdD graduate research programme have found reflecting on each of their previous essay’s feedback has helped the way they approach their next assignment. 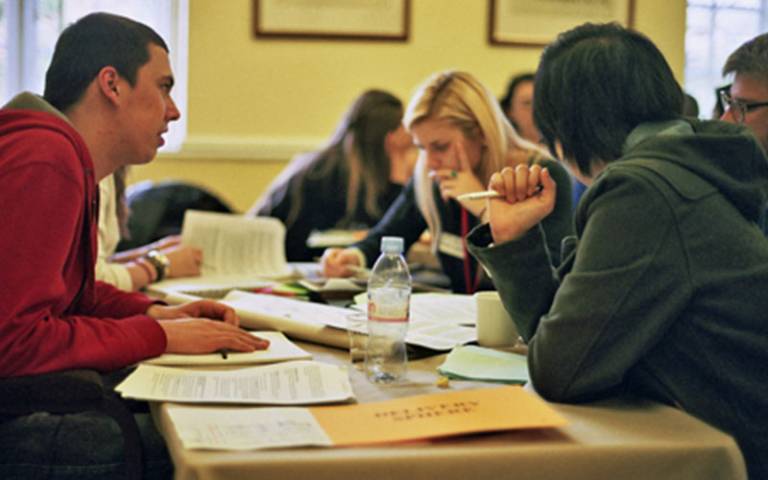 Dr Gwyneth Hughes describes how this technique can be adopted and tailored to use on any programme.

The taught element of the Doctor in Education (EdD) programme requires students to reflect on their research skills and their professional learning by drawing on feedback from three pieces work to produce a portfolio assessment.

However, in the past many students have not reflected on the feedback they received except to say that it was (or occasionally was not) useful.

Reflecting on feedback after each draft submission

Dr Hughes, who led the project team researching the use of formal feedback forms, and programme leader Dr Denise Hawkes, designed a form asking students to share what feedback had been used to inform their assignment.

The form was submitted with their assignment. The purpose was to help students reflect on feedback after each draft submission so that they could review their feedback regularly.

They also submitted the form with their final version so that they could see how the overall feedback helped with the final version and could request feedback from the assessor.

The aim of formalising reflection of feedback throughout the course was to help students learn to self-assess regularly.

For staff, the forms were an opportunity to see the individual approach students took to reviewing their work and to understand what the group collectively thought made feedback useful.

It was useful in setting up a longer term dialogue with students’ about their progress.

It also might alert staff to any problems students have about feedback at both an individual and group level.

“If students feel like they don’t have enough feedback to reflect on in the first place, the forms might flag this issue and give an opportunity to address the problem,” says Dr Hughes. “Some students may need reminding where the feedback is and how it might be useful to reflect upon.”

Students learning how to actively use their feedback

In focus groups Dr Hughes ran, many students said they reviewing their feedback was useful.

Although it may not attributed to use of the form alone, students stated how formalising the reflection process by writing down their thoughts had encouraged them to revisit past feedback often and find ways to improve.

One student said: “It’s a good idea to revisit old work so you don’t make the same mistakes and build on positive feedback. “Another said: “The more reflection you can do the better”.

Importance of explaining the process carefully to students

However, Dr Hughes advises, “This approach needs careful introduction so that students are aware of the benefits of documenting a feedback response and so that they do not see the process as bureaucratic or just another form to fill in.

Students also need to have enough time for the reflection process so that they do not leave completing the form until the submission date.” Students on the EdD attended a session to hear more about how to get the most out of the process.

This approach can be adopted by any programme looking to improve students’ self-reflection.

The form can be tailored before being made accessible to students through Moodle or a virtual learning environment. The form can also be adopted and suited to other mediums such as online discussion forums or blogs.

Other programmes within the UCL Institute of Education have already begun to use this model.

The form for self reflection on feedback (word document)