Putting research-based education into practice: what we learned

Dr Bernadett Kalmar and Dr Barney Bryson have helped their masterclass students design their own research programmes. They shared their findings at a UCL Arena Exchange seminar. 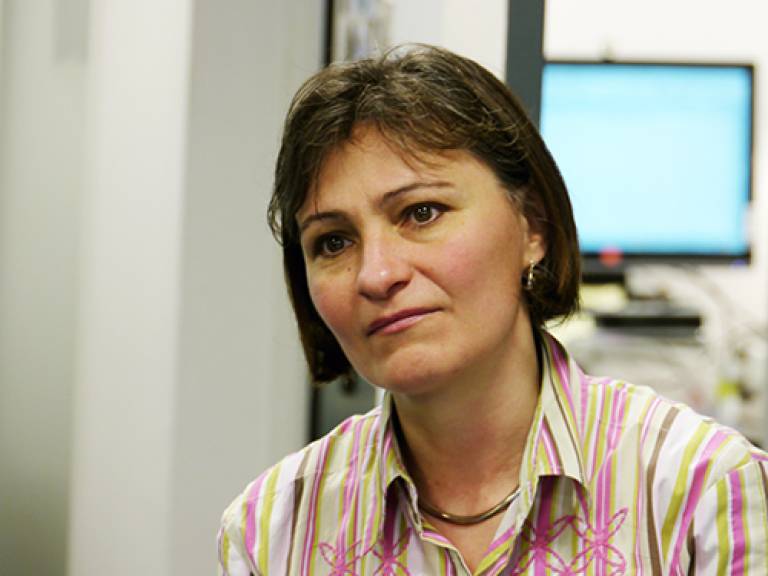 Given that it was the first time they had been set this kind of challenge, the masterclass itself became an experiment.

Their session involved teaching students the basics about motoneuron disease before asking them to work in two small groups to plan a full-scale drug trial programme. All in just two hours.

At a UCL Arena Dialogue Session, they explained what they had learned about research-based education.

1. To create a level playing field you must know your audience

Understanding the different starting points of the students and ensuring they all had the information they needed to contribute was vital.

The Brain Sciences MRes is a highly specialised course, but the students’ backgrounds contained a lot of variety. Undergraduate degrees ranged from neuroscience to computer science, which meant they wouldn’t all be equipped to go into in-depth analysis of the subject at hand.

To deal with that challenge, Dr Kalmar and Dr Bryson gave all students a short presentation on the basics of motoneuron disease. They also gave two short presentations that offered detailed information on two specific aspects of the subject that they suggested students should focus on. 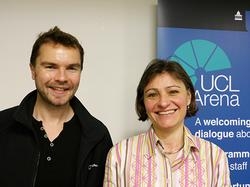 Dr Kalmar and Dr Bryson worked with the groups as moderators during discussions. During this stage, they found their students came up with lots of novel, quite radical ideas.

However, as students had to convince teammates of their ideas, the group dynamic ensured practical considerations were raised and the optimal conclusions were reached.

Dr Kalmar and Dr Bryson also offered some practical criticism, but were keen not to share too much information to ensure the students could explore alternative pathways.

3. Technology can help transfer the idea to undergraduate classes

The masterclass was designed for delivery to a small group of 10 Masters students. Can it be applied to a much larger undergraduate cohort? Dr Kalmar thinks it can, with some adjustments.

She suggested using Moodle to share key information about the topic and the task in advance, then asking post-graduate teaching assistants to moderate a greater number of face-to-face group discussions in class time.

At the end of the session, each group could offer a short summary of their ideas.

4. There will be surprises

Dr Kalmar and Dr Bryson’s first masterclass was a step into the unknown.

The first surprise it threw up was how long it took students to get their heads around the task at the start of the group discussion. To remedy that issue, Moodle is likely to play a part next year, as Dr Kalmar believes sharing some information in advance will help.

One of the session leaders’ roles is to act as moderator in the group discussions. To Dr Kalmar’s surprise, some students were far more vocal than others and dominated the exercise. Dr Kalmar deduced that a possible cause was the variety in the students’ research experience and familiarity with the subject.

The course leaders also set out with no idea whether students would be able to design their own drug development programme in such a short space of time, but were pleasantly surprised by the outcomes.

The students’ research programs had similar aims to a project that had already been completed by the session leaders.

While Dr Kalmar and Dr Bryson were careful not to prejudice the thinking of their students by referring to their own work, having a real-life project to refer back to meant that students could find out what may and may not have worked had their own ideas been put to the test.

The Brain Sciences MRes is a research-based course, and the aim of the masterclasses is to offer exposure to cutting-edge research that is advancing the field.

Dr Bryson explained that offering students opportunities to apply their knowledge and complete their own research reinforces what they have already learned. Students were able to test and imaginatively use their prior knowledge and, by the end of the Masterclass, were able to critically evaluate the importance of different ideas.

Session feedback also suggested that it’s an approach students enjoy with more than four in five endorsing the masterclass.