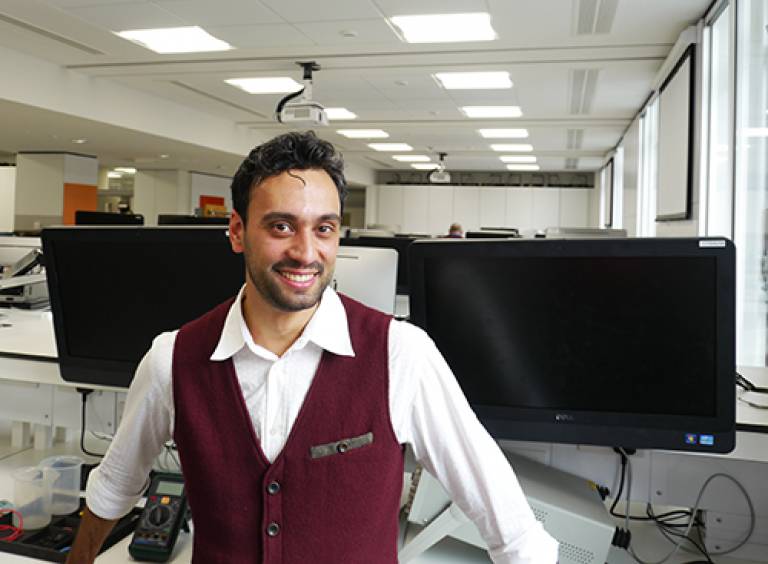 “I’d heard similar things from students and staff for the past two years,” said Dr Daven Armoogum, Teaching Fellow, UCL Physics and Astronomy. “They wanted the same improvement – marking and feedback phrasing that was more consistent.”

Now, with 106 of 107 students agreeing that it should be rolled out to other classes, he has won a Teaching Innovation Grant that will see the Traffic Light Feedback tool, originally created in Excel, move to the next stage – a web-based app that can be used by academics beyond his course.

After presenting his project at a MAPS workshop, he explained to the Teaching & Learning Portal exactly how it works and what’s next.

All students have a lab book that they use to document their work. As we typically have 100-120 students in a single cohort, it’s impossible for one marker to assess all their work. And as the feedback form had a very open rubric, different markers would inevitably give different amounts of feedback and different responses to the same problems.

Markers use an Excel sheet that splits assessment up into task-specific sections.

For example, one section asks the marker whether the student has adequately described the equipment they used.

The marker can select ‘yes’, ‘no’ or ‘partial’ from a drop-down menu. If the answer is ‘no’ or ‘partial’, a cell is automatically populated with advice and, if appropriate, a link to a video that explains in more detail what the student should do in future.

The selections are associated to the traffic light colours, for ease of use, and the marker can also enter their own additional text if they think it’s appropriate.

Creating videos to give detailed feedback

For mathematical-based problems I used a tablet and the Whiteboard Cast app to record myself writing out the derivation while explaining what I was doing.

It’s not the most user-friendly tool as you need to complete the video in one take and then convert it from WebM format to an MP4 that everyone can use. I was recording on an Android tablet, but if you are using an iPad there are equivalent apps available.

Consistency and fairness are the main benefits. All students now receive the same phrasing in their feedback and a similar level of detail. It’s also very user-friendly for both staff and students.

Developing the system into an app

I have two fourth-year students with experience of developing browser-based software, and they are going to help me develop the system into a Java-based web application.

They will work over the summer, and then I’ll try it out in the first term of 2014/15, using my cohort as beta testers with the existing Excel format as backup. By the end of the calendar year, it should be available to anyone who wants to use it on the UCL e-learning wiki.

Access the assessment and feedback teaching resources on the portal