The supernova story and research-based education

Dr Steve Fossey reveals what he learned about research-based education from the supernova discovery. 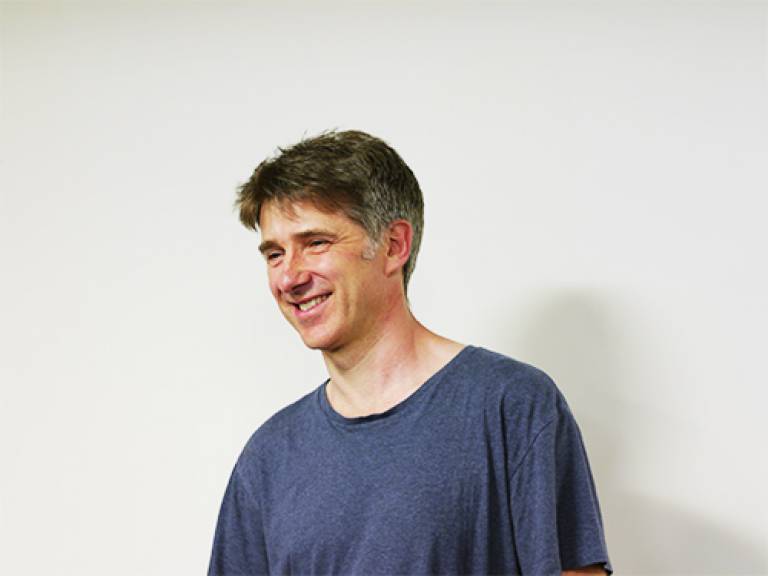 When the topic of research-based education comes up at UCL, one example gets mentioned more than any other.

On 21 January, Dr Steve Fossey, UCL Physics and Astronomy, took a group of students to UCL’s observatory in Mill Hill to practise using its telescopes.

He’d been making similar observations from the north-west London facility since 2008 when he launched ExoCafe – an extracurricular project that introduced students to astronomical research on extrasolar planets.

This particular observation, however, would make history.

The group had pointed the telescope at galaxy Messier 82 and noticed what, at first, appeared to be a new star.

After making the necessary measurements they confirmed it was in fact a supernova – an exploding star marked by a bright point of light that had taken 12 million years to reach us.

The story quickly gathered pace and soon Dr Steve Fossey and his charges were posing for press shots and appearing in the national media.

Since then, the supernova discovery has regularly been held up as the gold standard of research-based education at UCL. But what does it actually tell us about the approach?

…can be done with students from day one

“Most students who come to study astronophysics have never looked through a telescope,” said Dr Fossey.

So it was with ExoCafe – working at the observatory and teaching them that most elementary practice can become their first taste of research.

Then, as their knowledge and skills develop, so can the role they play in the research process, from data-gathering to turning that information into something meaningful.

…can bring people together

Their sessions also required either a member of staff or post-graduate student to supervise. Working together on a research project gave students the opportunity to interact and ask questions.

It is a research interest that requires a lot of data gathering. “We had a lot of potentially interesting targets, but we needed people to collect the data,” he said.

Dr Fossey had no difficulties finding students keen to contribute time at the observatory for the ExoCafe project.

After the supernova discovery by students from his first-year class, two third-year students who weren’t involved were so keen to contribute they made a special effort to obtain more advanced data. “They just wanted to do this for love of doing it,” said Dr Fossey.

“In exoplanet science, there was a strong sense other teams and individuals were looking for the same things we were,” explained Dr Fossey. “Research offers a sense of competition, which is a great motivator.”

The impact of the ExoCafe project became evident when data collected by students was published, contributing to three journal papers.

…makes students feel they are ‘doing’ their discipline

Dr Fossey surveyed the ExoCafe group to find out what they had gained from the experience.

He saw a huge spike in the numbers of students who strongly agreed that the project had increased their awareness of the research process.

Comments from the group took this idea further.

…can work on an undergraduate degree course

The subtitle of Dr Fossey’s presentation was "How I Learned to Stop Worrying and Love the Thermonuclear Stellar Bomb which Exploded my Course Planning".

“The supernova discovery happened on week two of my first-year course,” explained Dr Fossey. “By week three I thought, blow this, let’s all do the supernova. We are all going to do something with the new data and ensure every student participates.”

His class set about performing their own original research into measuring the peak brightness of the exploding star, a task that involved reflective practice and connecting with recent literature and the latest ideas from Nobel Prize-winning science on the accelerating expansion of the Universe.

“The added topicality made it feel more like front line research than anything else we did, which was really exciting,” said one student.

“The study of supernovae is not my expertise,” admitted Dr Fossey. “I became a learner again. It drove my desire to learn alongside the students.”

Dr Fossey said he has also gained courage as a teacher and course planner. “It’s not hard to find subject matter for research-based education, but this is challenging me to somehow open questions up and make them more open ended.”