A digital art project makes the most of free web technology 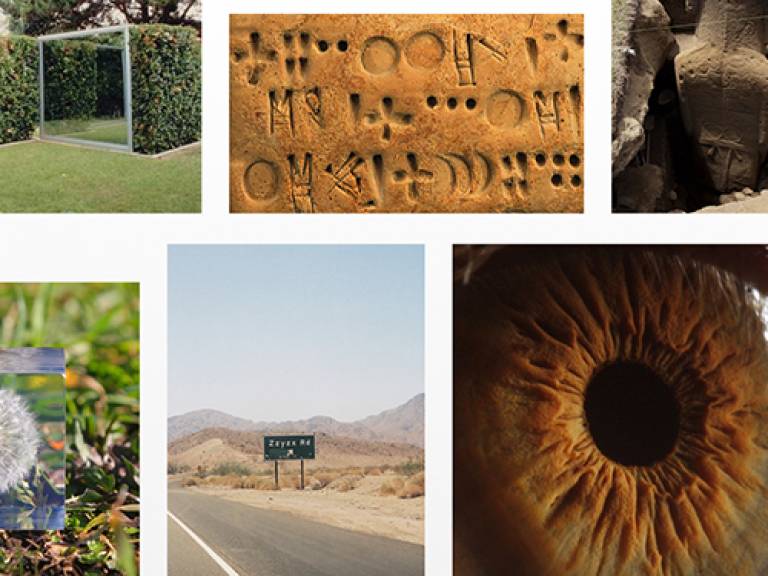 In spite of the obvious link between their subjects, Slade School of Fine Art students and their counterparts in the History of Art department rarely get the chance to work together.

Dr Cadence Kinsey, who teaches a performance art module to both sets of undergraduates, decided to use technology to change that.

After raising the idea of creating a piece of performance art, she kicked off what would eventually become "This is a Stand in for a Solid" – an extra-curricular digital project now available to access over the web.

The project, which involved six participants, began life as a humble collection of images posted to social networking site Tumblr.

In order to create a visual conversation, each student was asked to select a web image they found difficult to write about.

They then used each other’s pictures as inspiration at a creative writing workshop and continued to edit and redraft each other’s text via a Google Doc.

Eventually they had a piece of writing they would perform at the Flat Time House gallery.

The project didn’t end there, though.

The benefits of a multimedia approach

“The final piece of art now exists as a website containing a recording of that performance, a Scribus-built PDF containing the images and text and the original Tumblr page,” said Dr Kinsey.

She believes this use of free web-based technology has been important in a number of ways.

“Firstly, tools such as Google Docs and Tumblr enabled us to remotely bridge the gap between students who would otherwise find it hard to meet,” she said. “They also make it easy to show the work to a larger audience. Having a project on the web means students have an example of published work – I know several have used it in job applications. The wider audience also seemed to have a really positive impact on their involvement.”

“They chose the images, wrote and edited the text and did the performance. It was very much led by them, and that enabled a really high level of engagement.”

Participants made the most of free tools such as Google Docs, Tumblr and Scribus.

They also hired recording equipment from Flat Time House for the performance and bought a domain for the website. “A former student was brought in to create the site, but we could have used a free platform such as Wordpress,” said Dr Kinsey.

“I think it’s that aspect of setting students free. Rather than that traditional teaching relationship, where you are telling the student what to do and learn, give them possibilities and enable them to create something from scratch.”