Shivani Singh shares what she learned from leading a voluntary summer school course. 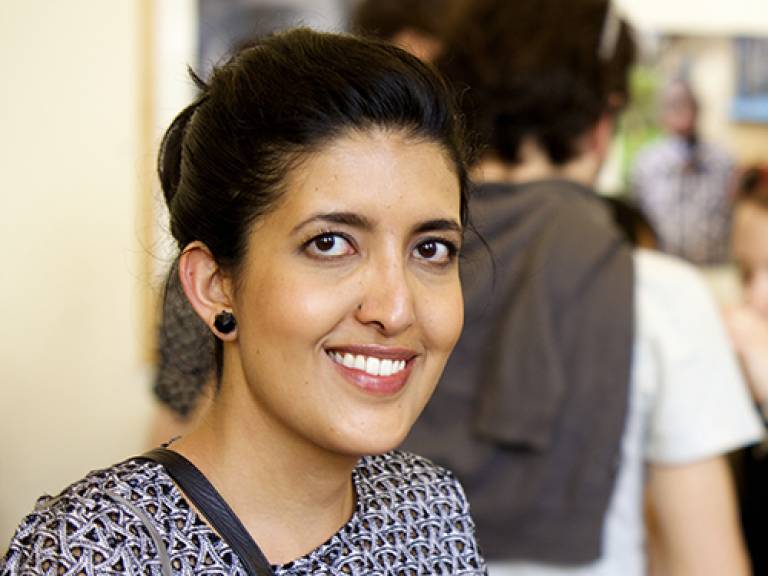 Without the carrot of a qualification to dangle before participants, the UCL Global Citizenship Programme has to work extra hard to attract and retain students.

One of the chief ways course leaders do that is by developing ever more engaging methods of teaching. And according to the numbers, the hard work is paying off.

Now in its second year, the programme attracted nearly 400 first-year undergraduates to begin its four courses.

Two weeks later, following more than 50 hours of role-play, lectures and skills sessions, about 70 per cent of the initial intake continued to shun the temptations of the sun to complete the final session.

So how did course leaders achieve this level of engagement?

Institute of Global Health Teaching Fellow Shivani Singh, who helped mastermind the Health in Future Cities course, shares the tips and tricks she and her colleagues used over the course of the fortnight.

It’s 2033 and the world is facing a range of major health issues, from infectious disease outbreaks to the pressure of migration.

Using that scenario, all of our students were placed into country groups – about six in each – and given activities that would see them face up to these problems.

We found that the more mixed the country groups in terms of academic background, the more effective they became. One thing students really want is to interact with students from other disciplines.

The majority of our students were from the bio-medical field. They really enjoyed this idea of linking what they are currently doing with what’s going on in the world.

A health worker designed the country profiles based on contemporary figures.

We then took that real-world data and linked it to people’s stories. We saw from the feedback that students learned they are responsible for their actions and can have an impact in the wider world, which is absolutely central to the ethos of the UCL Global Citizenship Programme.

Linking our disciplines to the real world brings the subject to life.

We wanted to move away from traditional forms of assessed work and let students have more control over their work.

The first output was creating a page from a national newspaper in 2033 that detailed the issues being faced in their countries. We brought two former BBC journalists in to get students to think about how the media represents a story and how to use different tools to deliver a message.

The second activity was to have them produce a live presentation on a global health theme, but in any form they chose. Spoken word poetry, skits, the classic PowerPoint – they used lots of methods and the standard was consistently really high. We were amazed.

Comparing the two led me to think that students perform better when they have fewer constraints.

The aim of asking students to produce their own news page was to get students to think about interacting with the public or with the media.

They responded really well to this invitation to think beyond classic notions of academia and the work involved.

At the Institute of Global Health, we lecture to post-graduates and third-year medical students, so adapting the same material to a mixed group of first-years really focused our minds on making lectures accessible and engaging.

We cut the daily lectures to 45 minutes, focused on communicating a few key ideas rather than overloading them with information, and ensured each session ended with a question and answer session.

Finally, we tried to be as participatory as possible. This involved lots of informal polling and asking the audience questions, and in on one lecture, we also gave them a sketch pad and pencil to document and reflect on what they had learned.

Although lectures were delivered face-to-face, we also posted slides to Moodle. Surprisingly, we actually got complaints that we hadn’t posted them quickly enough.

This is a really positive sign that the students are keen to review the information they’ve been given – and not just for the sake of revising for an exam.

By giving them that opportunity, engagement continues beyond the classroom.

Academics aren’t always the best communicators. We can be guilty of drawing out information and not being concise.

On this course, a lot of the teaching methods we used were different to those that students would have been used to on their degree courses, and I think at times we were guilty of being a little abstract in presenting the outcomes.

If the students couldn’t immediately see the point of what they were doing, they didn’t always trust that there was one.

To keep them engaged, it’s important to make the practical objectives clear.

Building networks is really important in keeping students engaged in their course and making them feel part of a community of practice.

I know from experience that being new to London can be really isolating, so making friends is an important part of enjoying their university experience.

On this course, having a social event in the middle kept the energy levels up and gave both staff and students the chance to get to know each other better.

This is certainly something that can be introduced to degree programmes – we already have a similar party in the IBSc programme.

As part of our journalism skills session, we hosted a press conference about polio in Pakistan. Students played the role of the press and staff fielded the questions.

We also sent students out to gather data themselves by interviewing actors we stationed around Bloomsbury. This was integrated into their first output as they used these interviews as part of their newspaper front pages.

Some students found these practical exercises challenging, but the majority appreciated the opportunity to leave the lecture theatres and develop skills.

Linking learning to research is another way to boost engagement.

The Verbal Autopsy is a tool used to gather information about causes of death from developing countries.

By bringing it into the course we exposed students to a cutting-edge piece of research that is being worked on at UCL.

A couple of students told me that being asked to work in groups and try new activities was out of their comfort zone, but they also said they grew in confidence and gained personal skills as a result.

I don’t think we should ignore what they want, but the real goal should be to push them, keep learning interesting and see how they react.

...and what did the students think?

Dewi: "The lectures; they were interesting – probably the most interesting part of the course. If I’m honest, I do like the old didactic approach. In our climate change lecture, the lecturer was really enthusiastic and he put lots of funny and interesting anecdotes in his presentation, so it really kept you focused and interested."

Timur: "I am personally interested in potentially going into research, and I know now that research involves working in a team most of the time. I think the experience of working in that situation has helped me a lot."