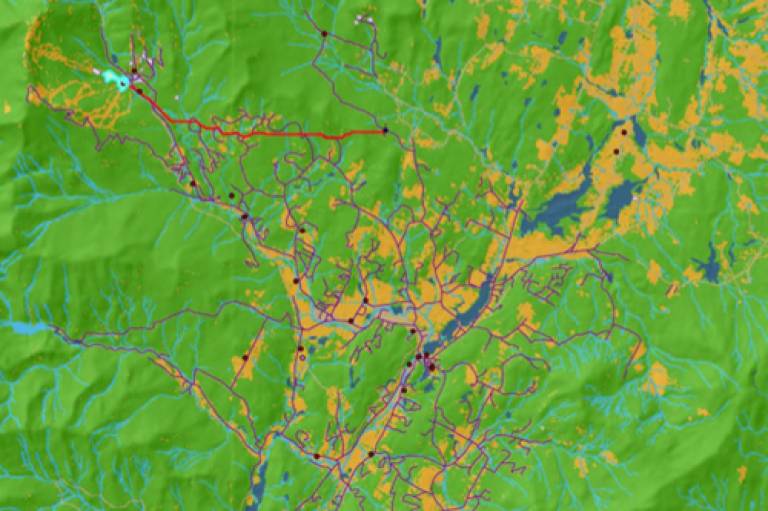 Developing courses to level the playing field for new students

"Our postgraduate courses comprise diverse groups of students: some arrive with very well-developed graphics skills and others have almost nothing.

While we’ve tried to fill the gap with classroom teaching, we’re constrained by time, so about a year ago we thought it would be good to develop an online resource so that those students who don’t have the graphics skills can train in advance.

They effectively pre-enrol on the Urban Skills Portal and complete a series of workshops in September, then they arrive here with better graphics skills than they otherwise would have.

The online courses teach students how to use a range of programs including:

The skills they learn should be useful both on the course and throughout their professional lives, as these software packages are used in graphics presentations and for urban design and urban planning projects.

There’s a forum for students to post queries to and we, or other people doing the workshop, help them out and sometimes get some discussion going, but at the moment there isn’t any formal assessment.

What we have got on there is examples, so students can see whether they’re achieving what they’re supposed to be achieving by comparing their work against finished products. But this is supposed to be an entirely student-driven project that they do in their own time, at their own pace. It’s fairly obvious when they’ve reached the end, so at the moment, we don’t see any need for assessment.

The courses are on UCLeXtend, UCL’s outward-facing Moodle site. This means that we are also able to offer it to external professionals, as this lack of graphics skills that we were finding in our students is actually a problem throughout the sector.

Offering courses to people outside UCL presents certain challenges: for example, all the original workshops that we put together were based in and around the UCL campus, and someone doing the course in, say, Singapore might not be so interested in always focusing on UCL’s environment, so we’ve had to broaden the material a little bit.

We’re planning to offer a free trial of the Urban Skills Portal to other universities in the academic year 2013-14, but will probably need to start charging after that as there are running costs involved.

As UCLeXtend is still in its trial phase, there are certain functions that still need to be developed, for example you can only charge an individual at the moment and if an organisation wants to pay for 10 or 100 people to take the course things can get complicated, but minor issues such as this will hopefully be resolved. Other than that, the platform is working really well.

All of the material that we’ve posted on the Urban Skills Portal has been developed from scratch, so it has involved a lot of work – especially given that we’ve had to write things extremely clearly as we’re not there with the students so can’t explain things that they don’t understand – but it’s great now it’s there.

So far, all of the workshops have provided very basic skills, but over the summer we’re developing some Geographic Information Systems (GIS) and Computer-Aided Design (CAD) workshops, which will be a bit more specialist.

Because the workshops are available to people all over the world, it’s important that they look very professional, both in terms of design and content.

We hired a professional film-maker to create our videos (which range from an explanation of why graphics skills are so important to technical videos which take you step-by-step through a process), and this conveys the fact that everything has been carefully thought about and put together.

So far, the feedback from students has been pretty positive, although they’ve also made suggestions which have led us to make minor adjustments in places.

We hope that by giving students the opportunity to learn these skills before coming to UCL we’re helping them feel more confident, which results in a better standard of work. It makes for a more pleasant experience for us as we’re teaching happier students, and they hopefully also get more from the course."