Dr Marco Federighi, Faculty Tutor in Engineering, talks about UCL’s collaboration with Science without Borders to enable Brazilian students to study in London. 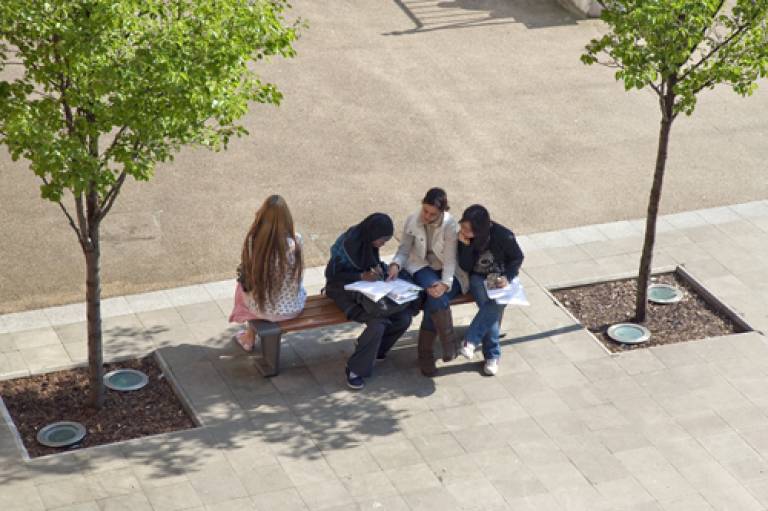 Through the Science without Borders scheme, the Brazilian Government provides scholarships for students to study in the UK for a year.

This year, the Department of Civil, Environmental and Geomatic Engineering is hosting three third-year undergraduates in the hope of giving the entire class an enriched, international experience and strengthening UCL’s links with Brazil.

Science without Borders is a Brazilian Government sponsorship programme which encourages students to move around internationally. They provide scholarships of up to £15,000 per student and in the United Kingdom the scheme is administered by University UK.

During their 12 months in the UK, the Brazilian students take the same courses and exams as the cohort they are joining, and then spend the remaining three months doing an internship in industry. Because the £15,000 doesn’t match our fees, UCL waives the difference (normally the fees would be £19,000) and provides up to £10,000 per student for accommodation costs.

While Science without Borders covers PhD students as well as undergraduates, this is the first year UCL has been involved and at this stage we just have three third-year undergraduates.

The Brazilian Government does the initial selection process, creating a ‘longlist’ and sending us the students’ CVs, details on their academic background and so on, as we want to make sure that they can cope with the courses here.

I am very happy with the quality of the students we ended up inviting to come here. They haven’t done exactly the same modules as the UCL students but they are at the same level and have covered the same amount of material so they have fitted in very well.

Exposure to a different way of thinking

I think the Brazilian government are keen to send students to the UK because it’s a way of exposing them to a different way of doing Engineering.

We like to think in Engineering that since our language is based on mathematics, all Engineers across the world think the same, tackle problems in the same way and that intercultural communication isn’t an issue.

This is completely untrue. An American Engineer and a Japanese Engineer will solve problems differently.

Studying and doing an internship in the UK allows the visiting students to see Engineering in a new context, an experience that will be invaluable to them when they embark on their careers.

The benefits to UCL

The scheme is also very beneficial to UCL.

It gives us good publicity in the Brazilian educational environment, where we are not yet particularly active, and allows us to build links with the Brazilian universities that the students are coming from.

The UCL students are exposed to people with a different background, both cultural and educational.

Our students will end up working in multinational companies, in teams comprising people from many different cultures, so the more they are exposed to while they’re studying, the better.

One could argue that we already have a lot of international students, but we have very few from South America, so having three Brazilian students on the course adds to the diversity. Their English is very good and they’re mixing well with the others in their class – they haven’t formed a trio who only speak to each other in Portuguese!

The administration side of this scheme has gone more smoothly than I expected. The university has been very responsive, quick and flexible.

The only problem we’ve encountered has been with the accommodation, because the way this was organised meant that they applied for it late (although it’s been sorted out now) – but this won’t be a problem next year as the Brazilians and UUK are going to select the students earlier in order to comply with our deadlines.

Organising a scheme like this does take time, and if we want to expand in the future we may need to appoint an International Administrator.

When you work in London it’s easy to assume that everywhere is multicultural, but that is not so. UCL provides a unique environment for those who want to interact with people from other cultures and we need to take advantage of that fact as fully as possible.