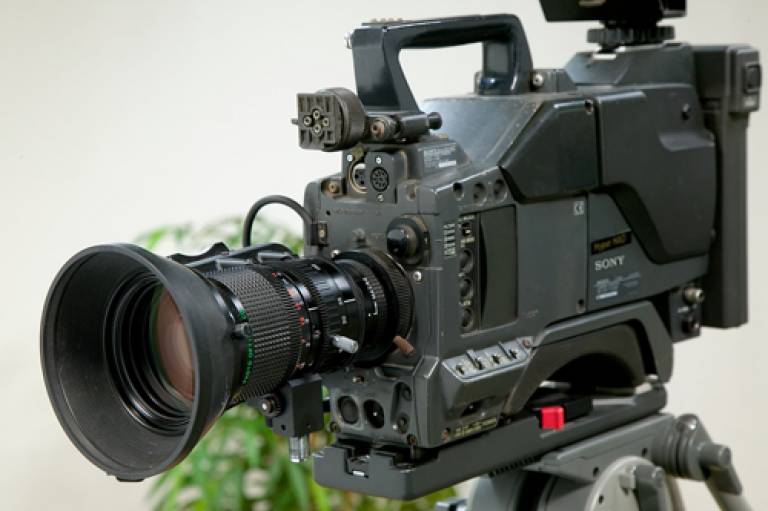 In 2012, the Faculty of Engineering offered funding to departments who wanted to implement eight-week summer studentships in order to enhance their e-learning offerings. Dr Martina Micheletti, Dr Brian O'Sullivan and Dr Nicolas Szita from the Department of Biochemical Engineering were successful in their application and recruited a student to create videos that would help with their teaching on microfluidics.

In 2012 my colleagues and I applied for funding to recruit a student to create educational videos over the summer. We wanted her to focus on microfluidics because certain elements of the fabrication process are difficult to teach via standard slide presentations; we thought that videos would help it be better understood.

Martina Sebastian, the second-year undergraduate student we hired, was tasked with creating videos showcasing different aspects of microfluidics. Under the supervision of PhD students and postdoctoral researchers, she looked at how we fabricate the microfluidic reactors when we’re building small systems, how we draw the designs, how we use machines to do the fabrication and so on. She was doing the filming and then students or researchers from the lab would either talk to camera or record voiceovers about what they were doing. Martina made about 10 or 15 of these videos, which I’m gradually uploading to Moodle.

As well as the videos being a useful aide in my own teaching, Martina learned quite a bit during the project. The video-making was not straightforward; she had to shoot a lot of footage and edit it down, add music or sometimes slides or titles – it was demanding work. I must give credit to her: she sourced pieces of equipment including a microphone and had to consider lighting as we use a lot of transparent polymers and it’s not easy to capture that. When there were logistical hurdles she would always come up with suggestions – she’d never come to a meeting and say, “I don’t know what to do, tell me what to do”; instead she would say, “I’ve got this problem and here’s a possible solution – do you agree and if so can I go ahead and buy x?” I found it a very fruitful interaction.

To help Martina choose who to ask to speak on the videos, we invited her to group meetings so that she could get to know all of my students and researchers. We discussed the content that would be most suitable for the videos, and then some members of the group volunteered to discuss things further with her.

The process has also been beneficial to some of the students who helped present the videos: one in particular, who’s about to finish his PhD, has always been keen to help in teaching activities so I’ve encouraged him to add this to his CV.

As student feedback on the videos has been overwhelmingly positive so far, it would be nice to be able to build on the series if we were granted more funding. It does take quite a bit of time but now we’ve seen the results of the first round of filming, we know what we’d want to improve next time.