Ongoing collaborative research project on the history of electricity

Dr Chiara Ambrosio explains how this unique and innovative course works, and why it’s so beneficial for students. 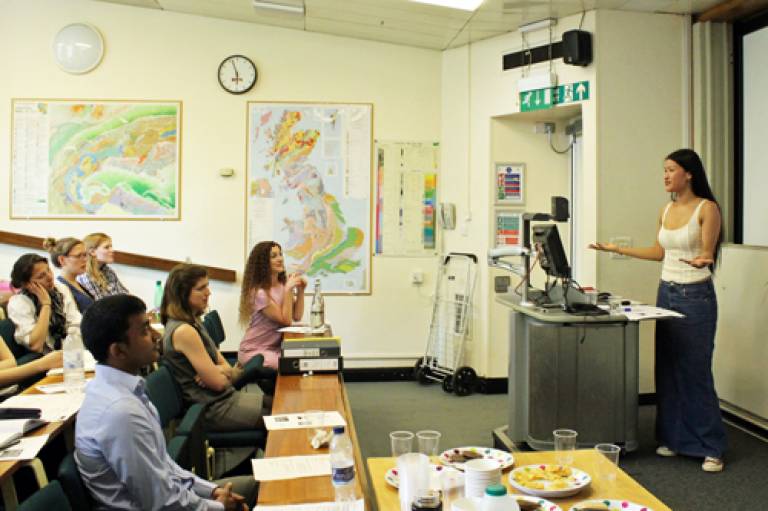 Each year, a new cohort of students take an existing body of work that has been built up by previous years' students and, through individual projects, they develop it in a bid to create a publishable piece of collaborative research.

Students 'inherit' research projects and bring them to publication

‘Topics in the History of the Physical Sciences’ continues, and hopes to bring to completion, an ambitious didactic experiment originally developed by Professor Hasok Chang.

All students in the course work on related projects so that the class, and the group of students that take this course over the years, form a real community of researchers.

The first phase of this project, which succeeded beyond expectation, resulted in the publication of a research monograph:

This was an extraordinary achievement: a scholarly book containing original research, all carried out by undergraduates.

The project has been in its second phase since the academic year 2007-08. Students are investigating the history of electricity from a variety of angles:

The common theme is innovation through ‘domestication’.

Electricity has been instrumental in shaping the modern world as we know it, and we now take for granted its presence in our daily life.

Students’ research projects get behind these innovations and ask a variety of questions:

Although the course is billed as one in the History of the Physical Sciences, students investigate broadly in all areas of science, technology and medicine and their relations with society. 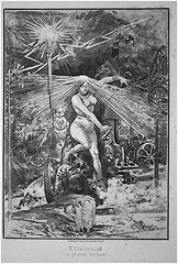 The benefits of building common research projects year after year

There is much to be gained from doing a series of interconnected studies that deal with various aspects of one material object or substance: each study will enrich others, often prompting unexpected insights for them.

In order to give the project coherence students have a focus on innovation: how does something new arise and become accepted?

The path of progress may look easy and straightforward in retrospect, but a closer look at the history of science often reveals great challenges and obstacles in the creation and dissemination of novelty even if it is considered obviously true or beneficial later.

Since its early phases, the key to the success of this course has been an unconditioned trust in the academic potential of undergraduate students.

Having faith in undergraduate students as researchers

And if I have decided to bring this project to completion, it is because I strongly believe that undergraduate students have the ability and enthusiasm necessary to make the experiment work.

The course requires a lot of hard work, though, so realistically I recommend it only to students who are able to work independently and who have a strong background in the history and philosophy of science or a related Science and Technology Studies (STS) field.

The course is open to second- and third-year students in the STS department, or students who have previously done some other STS courses (or equivalent) to prepare them to do research in this area.

Due to the nature of the work involved, only a relatively small number of students can be accommodated each year.

Enrolment is by tutor’s agreement and preference is given to students who present a reasonable plan to move the existing work forward or open up a worthwhile new avenue of inquiry. Other things being equal, students are enrolled on a first-come first-served basis. 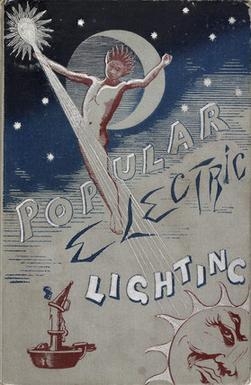 At the end of the course, students submit an extended essay containing a summary of their findings.

They are also asked to submit all useful materials generated by their research (this constitutes the ‘second essay’) in a form that will allow another researcher to use them.

In the middle of the term students also submit a preliminary report of roughly 2,000 words which is not assessed but on which they receive feedback that helps determine the direction of their final essay and exam.

At the end of the term students are asked whether they are willing to have their work incorporated into any collective publications that might result, and those who consent will be made co-authors in any publications resulting from their work.

Aims of the course

In this course we try to become a real community of scholars. Students build on the works done by their predecessors, crafting particular research projects in close consultation with me and relevant colleagues (depending on the projects they take up, I direct them towards experts in STS and other related academic fields).

Very soon in the process the students are likely to know far more about their topic than I do. This is a sign that their work is heading in the right direction – however, at that point they have to prove that they are capable of independent inquiry into their topic, just like a proper researcher. This does not mean that I stop following their progress – on the contrary, it is my responsibility to keep pace with their work and suggest points for further improvement.

In the initial sessions, I make a brief introduction to the subject and coordinate people's choices of individual projects.

Once each student has chosen a project, we spend part of the whole-group sessions hearing a brief report on the most significant things that each of them has learned since the previous session. The remaining part of the session is devoted to mini-lectures to refresh their research skills. We occasionally have guest speakers and visits to museums and displays.

In addition to the whole-group sessions, there are individual or small-group meetings to discuss the progress of individual projects closely and focus on specific issues arising from individual projects. Outside the formal meetings, I am available to meet individuals. I also read and comment on notes or short drafts. Students are strongly encouraged to meet with each other to exchange information and discuss areas of overlap in their projects.