STS Emeritus Professor of Philosophy of Science and Mathematics Prof. Donald Gillies has released a new book dealing with many of the important applications of causality and probability in medicine. 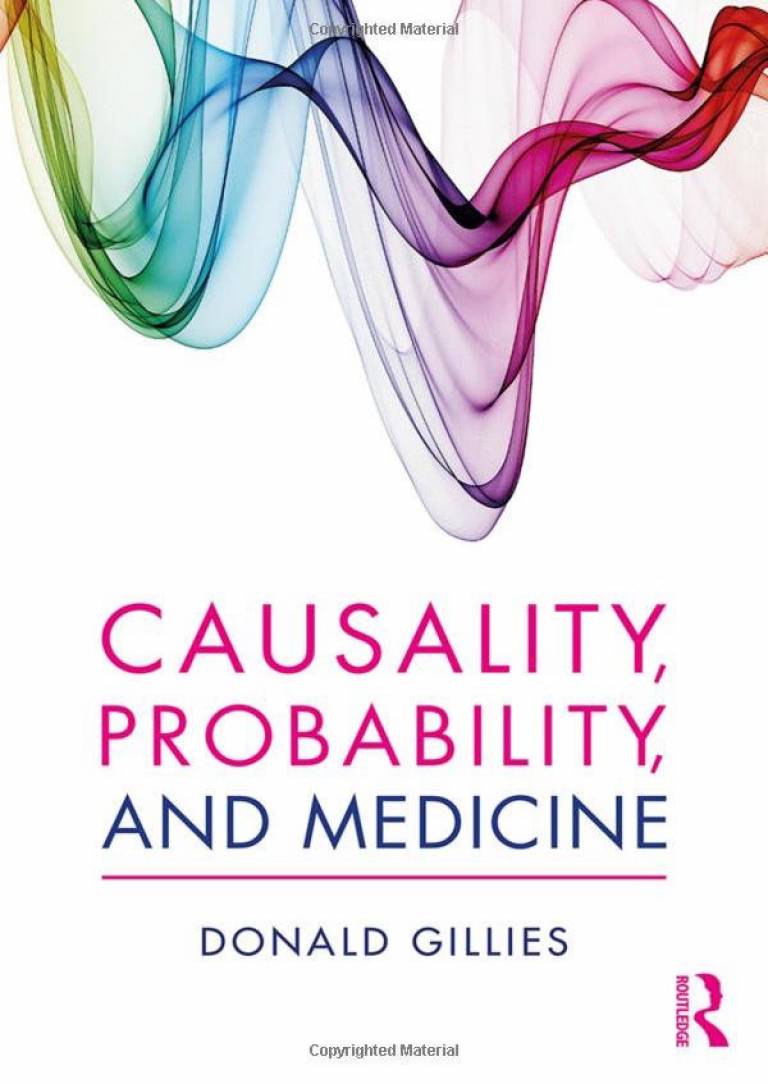 Prof. Gillies' new book on Philosophy of Medicine includes an account of researches by two other members of the STS Department: Brendan Clarke and Phyllis Illari with whom Donald Gillies has been carrying out research for several years.  For the last 3 years, he has been collaborating with them on an AHRC funded research project:  Evaluating Evidence in Medicine, and this book is one of the outputs of the project.

The book deals with many of the important applications of causality and probability in medicine.  The method is that of history and philosophy of medicine - this means that any general views proposed are illustrated, and tested out, by applying them to historical case studies in medicine.  The book covers cases such as Koch's work in the 19th Century on cholera, connections between cholesterol and coronary heart disease, and the relations between causality and probability using the examples of smoking and lung cancer.

The book can be purchased now via Routledge, Amazon and other booksellers.