STS has announced its 1Book for 2018/19 - Inferior: The True Power of Women and the Science that Shows It, by Angela Saini

STS's 1Book programme is now entering its 13th year. Designed to bring together the disparate areas that the department covers, the 1Book provides a central focus for the beginning of the year, and has been the basis for controversial discussion in previous years. 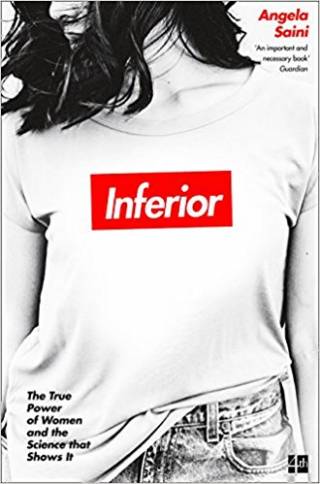 This year should be no different, with Angela Saini's book 'Inferior' selected as the 1Book for 2018/19. Shedding light on controversial research and investigating the ferocious gender wars in biology, psychology and anthropology, Angela Saini takes readers on an eye-opening journey to uncover how women are being rediscovered. She explores what these revelations mean for us as individuals and as a society, revealing an alternative view of science in which women are included, rather than excluded.

All students and staff, including our incoming first years, are invited to read this book over the summer in preparation for the new year. The aim is to give a common reference point for discussions during the first term. We hope to have the author visit us at some point in 2018/19 to discuss her work with students - further details will be provided once this is confirmed.