UCL regrets to announce the death of Prof Jim Penman, who held a BSc in Physics and a PhD in Astrophysics, both from UCL, and in 2012 was appointed Honorary Professor at the Office of the UCL Vice-Provost (Research) within the UCL Environment Domain. 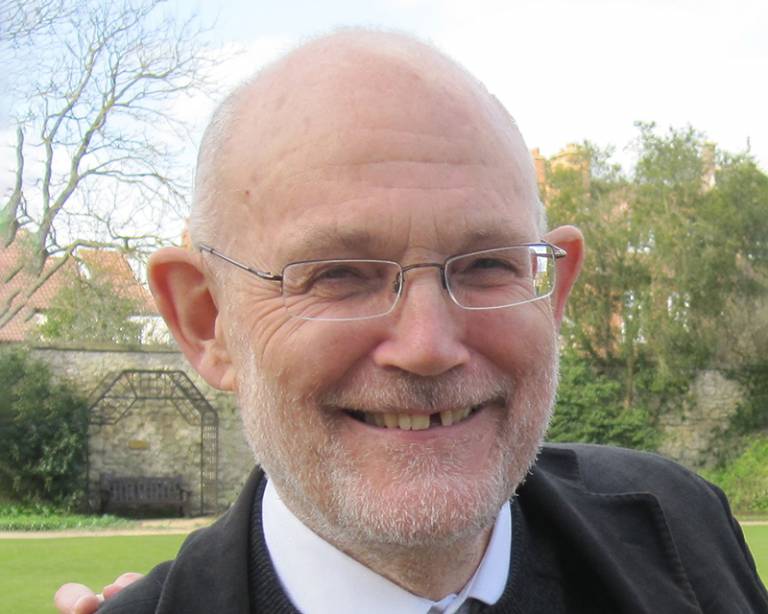 Prof Penman had more than 30 years' experience in science, energy and the environment, both within academic research and consultancy, and for nearly 20 years led the UK's greenhouse gas response strategies programme, covering evaluation and assessment of greenhouse gas mitigation for UK Climate Change Programmes.

He was a principal architect of the treatment of land use, land-use change and forestry in the climate negotiations and was the EU's lead negotiator until the end of 2011. He played a large part in establishing and developing the reduced emissions from deforestation agenda item under the UNFCCC.

He was responsible for quantification in support of the negotiation of the first EU burden sharing agreement, following the Kyoto negotiations. He was a principal architect of the treatment of land-use, land use change and forestry (LULUCF) in the climate negotiations, and was the EU's lead negotiator on LULUCF until the UNFCCC Conference of Parties in Durban in 2011. He played a large part in establishing and developing reduced emissions from deforestation and associated activities (REDD+) under the UNFCCC, including the initial guidance negotiated in Bali in 2007 for results-based activities. He supported the initiative that led to the World Bank Forest Carbon Partnership Facility and negotiated the 2008 Poznan Statement that increased the political momentum of REDD+.

Prof Penman was awarded an OBE in 2009 in recognition of work on establishing the UK emissions mitigation evidence base, and was one of the group of scientists recognised by IPCC as having contributed to the award of the Nobel Peace Prize to IPCC in 2007.

Prof Philip Steadman (UCL Energy Institute), comments: "From 1991 to 1998, when Jim was at the Global Atmosphere Division of the Department of Environment, he ran a major project to develop a database of energy use in the national building stock. He commissioned a group at Sheffield Hallam University under Nigel Mortimer to conduct large numbers of energy surveys, and a group at the Building Research Establishment to build models. I was part of a third group at the Open University, with Harry Bruhns, Peter Rickaby, and Frank Brown. We were charged with making large-scale surveys of buildings in four English towns.

"Jim was a very good man to work for. With his wry, quizzical style, he indulged some of our more eccentric ideas, and then kindly but firmly brought us back on track. He wanted quick results to please his masters, but he also wanted us to do a thorough and serious job. We used to say that he wanted us to turn out Ladas while working on a Rolls Royce. It was a pleasure and a privilege to work with Jim, and we became friends. What a sad loss."

Prof Mark Maslin (UCL Geography) comments: "I had the pleasure to get to know Jim when I was working on potential remote sensing solutions for observing forest carbon. This was, as many of you will know, a huge passion of his, the culmination of which was his chairing of the Methods and Guidance Advisory Group for the Global Forest Observations Initiative (GFOI). Through this he was instrumental in the publication of the GFOI Methods and Guidance Document for REDD+ activities in 2014.

"What I and many colleagues will always remember is his continual optimism. For someone who had been involved in the international climate negotiations right from the start, this ability to be always optimistic was inspiration. Jim let slip once that he had not made it to the first meeting of the UNFCCC COP, but every single one subsequently. Given the slow progress and sometimes huge political setbacks that occurred over the last 30 years, his faith in the system was admirable. His knowledge of the climate change negotiations was unparalleled both in duration, depth and understanding. He would also happily share this knowledge with anyone who was interested, including politicians, colleagues and students.

"Jim was always passionate about UCL having been awarded both a BSc and PhD at UCL. In 2010 Jim and I proposed one of his classmates, Prof Timothy Killeen, for an honorary degree for his work on climate change at NCAR; he subsequently became the 20th president of the University of Illinois. At the awards dinner we collected together many of Jim's and Tim's classmates from UCL, all of whom had gone on to stellar careers. All of them said that Jim was by far the brightest and the best of them and they all appreciated the fact that they could always turn to him for support and advice.

"It was after this dinner that I asked if Jim if he would join UCL as an Honorary Professor. Given his high level of personal integrity he only agreed to take up the position once he had taken early retirement from DECC, as he did not want there to be any possibility of a conflict of interest. The Honorary Professorship was initially at the UCL Environment Institute and then in the UCL Environment Domain.

"It is clear that we have lost one of the brightest and best that UCL has produced. Not only have we lost Jim's vast knowledge of climate change politics and the characters involved, but we have lost a colleague who, despite all his great achievements, was still an extremely nice person with a rather dry but sharp sense of humour. Those who knew him will know exactly what I mean when I say that Prof Jim Penman was a true gentleman and was one of the best of us. He will be greatly missed."

Prof Penman is survived by his wife Theresa and two daughters Bridget and Mary.  His funeral will be held on the 28th of October.  Please contact theresabpenman@gmail.com for further details of funeral arrangements. A fundraising page for UNICEF has been set up in Prof Penman's memory.