Sea ice in the coastal regions of the Arctic may be thinning up to twice as fast as previously thought, according to a new modelling study led by UCL researchers. 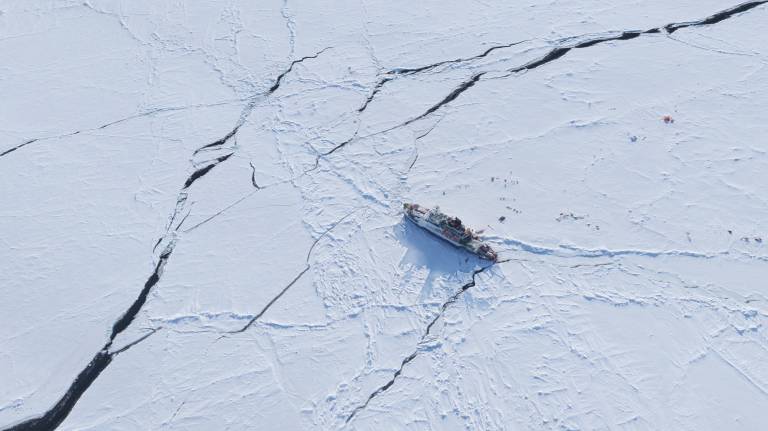 Sea ice thickness is inferred by measuring the height of the ice above the water, and this measurement is distorted by snow weighing the ice floe down. Scientists adjust for this using a map of snow depth in the Arctic that is decades out of date and does not account for climate change.

In the new study, published in the journal The Cryosphere, researchers swapped this map for the results of a new computer model designed to estimate snow depth as it varies year to year, and concluded that sea ice in key coastal regions was thinning at a rate that was 70% to 100% faster than previously thought.

Robbie Mallett (UCL Earth Sciences), the PhD student who led the study, said: “The thickness of sea ice is a sensitive indicator of the health of the Arctic. It is important as thicker ice acts as an insulating blanket, stopping the ocean from warming up the atmosphere in winter, and protecting the ocean from the sunshine in summer. Thinner ice is also less likely to survive during the Arctic summer melt.”

“Previous calculations of sea ice thickness are based on a snow map last updated 20 years ago. Because sea ice has begun forming later and later in the year, the snow on top has less time to accumulate. Our calculations account for this declining snow depth for the first time, and suggest the sea ice is thinning faster than we thought.” 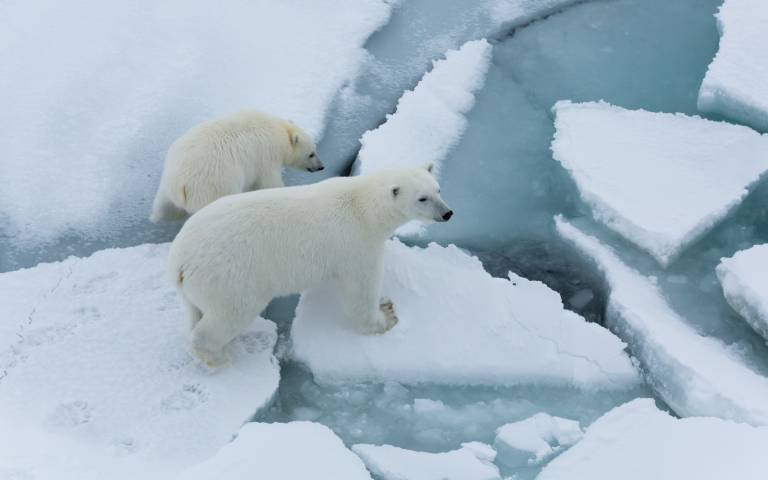 Co-author Professor Julienne Stroeve (UCL Earth Sciences) said: “There are a number of uncertainties in measuring sea ice thickness but we believe our new calculations are a major step forward in terms of more accurately interpreting the data we have from satellites.

“We hope this work can be used to better assess the performance of climate models that forecast the effects of long-term climate change in the Arctic – a region that is warming at three times the global rate, and whose millions of square kilometres of ice are essential for keeping the planet cool.”

To calculate sea ice thickness researchers used radar from the European Space Agency’s CryoSat-2 satellite. By timing how long it takes for radar waves to bounce back from the ice, they can calculate the height of the ice above the water, from which they can infer the ice’s total thickness.

In the new study, researchers used a novel snow model previously developed by researchers at UCL and Colorado State University, SnowModel-LG, which calculates snow depth and density using inputs such as air temperature, snowfall and ice motion data to track how much snow accumulates on sea ice as it moves around the Arctic Ocean. By combining the results of the snow model with satellite radar observations, they then estimated the overall rate of decline of sea ice thickness in the Arctic, as well as the variability of sea ice thickness from year to year.

They found that the rate of decline in the three coastal seas of Laptev, Kara and Chukchi seas increased by 70%, 98% and 110% respectively, when compared to earlier calculations. They also found that, across all seven coastal seas, the variability in sea ice thickness from year to year increased by 58%.

Sea ice in the coastal seas typically varies from half a metre to two metres thick. Increasingly, the ice in this region is not surviving the summer melt. The faster thinning of sea ice in the coastal Arctic seas has implications for human activity in the region, both in terms of shipping along the Northern Sea Route for a larger part of the year, as well as the extraction of resources from the sea floor such as oil, gas and minerals. 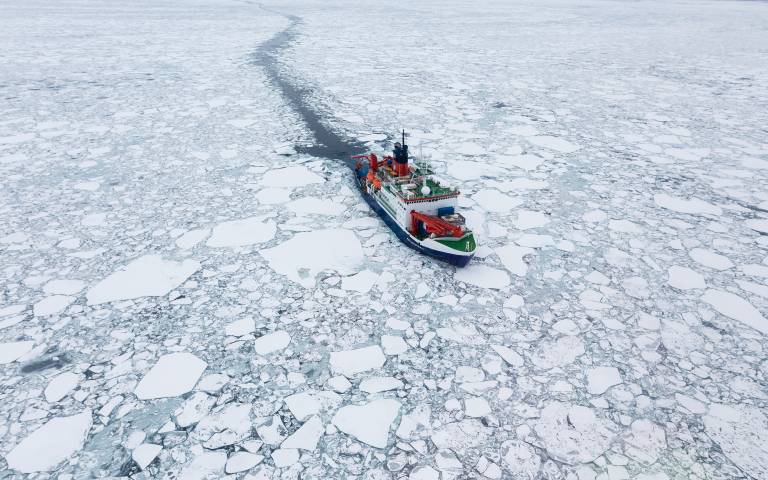 Mallett said: “More ships following the route around Siberia would reduce the fuel and carbon emissions necessary to move goods around the world, particularly between China and Europe. However, it also raises the risk of fuel spillages in the Arctic, the consequences of which could be dire. The thinning of coastal sea ice is also worrying for indigenous communities, as it leaves settlements on the coast increasingly exposed to strong weather and wave action from the emerging ocean.”

The study was funded by the UK’s Natural Environment Research Council, the European Space Agency (ESA), and the US National Aeronautics and Space Administration (NASA).

Images are from the MOSAiC expedition, the largest polar research expedition ever undertaken, in which the research vessel Polarstern spent a year drifting through the Arctic Ocean, trapped in ice. Credits: Alfred-Wegener-Institut / Niels Fuchs. Source: MOSAiC website.