Cancer researchers call for ambitious survival targets for the 2020s

The NHS should raise their five-year lung cancer survival targets to 35% by 2030, concludes a new ‘state of the nation’ policy report conducted by UCL. 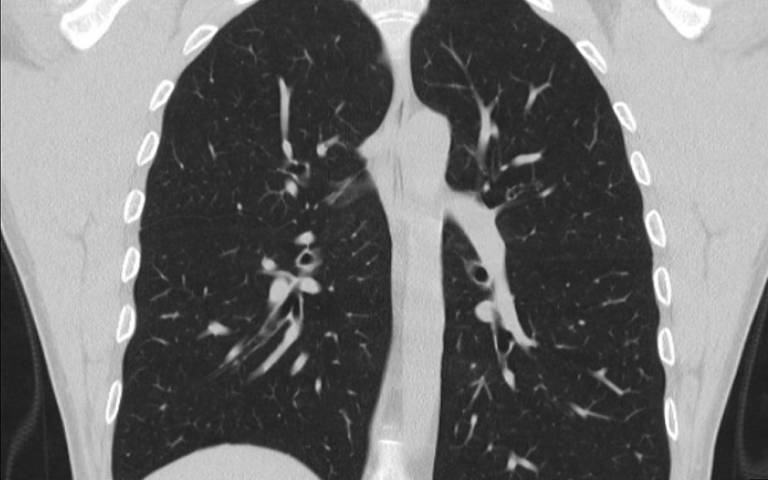 The report, ‘Cancer Policy Update: Agenda for the 2020s’, led by Professor David Taylor (UCL School of Pharmacy), sets out a vision for improved cancer outcomes for the new decade.

Launched at the Royal Society yesterday (9 January), leading UCL cancer experts set out what needs to be done to achieve more ambitious targets for all cancers, building on years of progress in diagnostics and treatment.

The report authors call for a new proactive national cancer strategy, supporting UK-wide investment in both early diagnosis and treatment and world-class care for people with advanced cancers.

Commenting on the report, Professor Taylor said: “Earlier diagnosis coupled with rapid and well-coordinated treatment provision is part of the answer. But as more effective ways of controlling advanced cancers become available the health service should ensure that there is flexible and timely access for patients of all ages and social classes in all parts of the country to the full range of diagnostic, surgical, radio-therapeutic and drug interventions needed for achieving individual clinical care excellence. This is a desirable and affordable goal for our publicly funded health care system.”

UK cancer death rates amongst people under 60 are now half those recorded in the 1970s, but cancers still kill 165,000 people in the UK every year.

With regard to lung cancer, the authors argue the NHS should invest more not only in smoking prevention and early detection and treatment via lung health screening programmes but also in later stage disease care improvement in all parts of the country. It calls for clear UK-wide commitment to achieving a 25% five-year lung cancer survival rate by 2025 and for setting an NHS target of 35% five-year survival by 2030.

The analysis concludes that UK health services should focus on topics like introducing artificial intelligence (AI) supported diagnostics and enhancing the survival and quality of life of people in their 70s and over who have or have had cancer.

The report authors also state that pharmacists have the potential to improve cancer care and outcomes in both hospitals and the community, and could in the high street effectively support prevention, self-care and early diagnosis.

“We’re now into a new world where we diagnose with much better precision,” Professor Emberton said at the Royal Society.

“In prostate cancer we are already saving many lives through surgery and radiotherapy. Medicines have also become increasingly effective, albeit about 12,000 men out of the almost 50,000 who develop it each year in the UK ultimately die of prostate cancer. During the 2020s we will be able to do more to detect the disease early and differentiate between those cancers that are life threatening and those that do not require intervention.

“For me the future of cancer therapy will in the coming ten to twenty years be defined by a quest for greater treatment selectivity on the one hand and increasing our abilities to counter treatment resistance on the other.”

Professor Charles Swanton (UCL Cancer Institute, Francis Crick Institute and Cancer Research UK) attended the launch and commented: “Over the past 20 years we have learned much more about the complexity, diversity and instability of cancers and how they evolve and counter initially effective treatments. Earlier diagnosis will be the key to the management of many of these cancers although more scientific research is required.

“However, even in areas as difficult as lung cancer, I am hopeful that survival and quality of life will improve. Establishing CT scanning programmes across the UK focussed on those at high risk of lung cancer to allow early disease detection and open the way to optimal early surgical treatment is an immediate priority that in Britain could save over 5,000 lives every year.

“I have hope because the human immune system evolved to counter complex and diverse threats from our environment – exactly what we are battling with in human cancers. As we understand better how to harness and augment its power, my belief is that many more patients will benefit.”