MSSL is providing hardware for the mission's Particle Environment Package (PEP) and co-investigator roles for the spacecraft's J-MAG magnetometer instrument. 2022 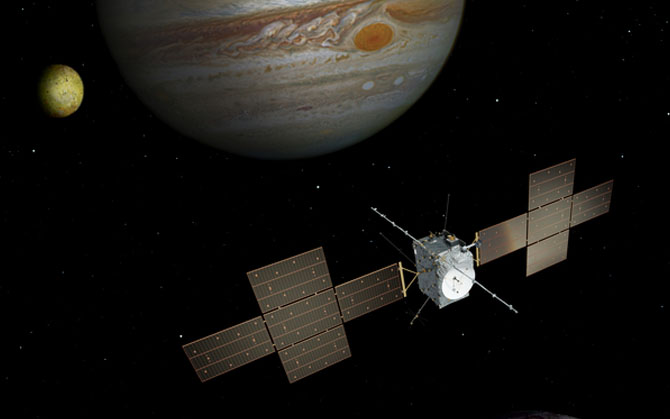 JUICE will carry a whole suite of instruments from ice-penetrating radar to detect warm ice water pockets in Europa; various cameras to characterize the surface and atmospheres of the moons to a particle package, which includes a plasma analyser, that will characterize the electrodynamic interactions between Jupiter and its moons Europa, Callisto and Ganymede.

The Jupiter Icy Moons Explorer (JUICE) is an ambitious European Space Agency mission to Ganymede and the Jupiter system.

JUICE is scheduled to be launched in 2022, and to arrive at Jupiter in 2030. It will then orbit the planet, during which time it will study Jupiter itself and its magnetosphere, and will encounter the active icy moon Europa, and Callisto, before entering orbit around Ganymede in 2032. Ganymede is the largest moon in the solar system, and is the only moon known to possess a global magnetic field.

MSSL is providing hardware for the mission's Particle Environment Package (PEP), led by the Stas Barabash of the Swedish Institute of Space Physics in Kiruna. We also have science co-investigator roles on the spacecraft's J-MAG magnetometer instrument, led by Prof. Michele Dougherty, Imperial College London, and the JANUS camera, led by P. Palumbo of Università degli Studi di Napoli, Italy. 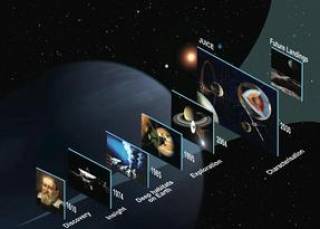 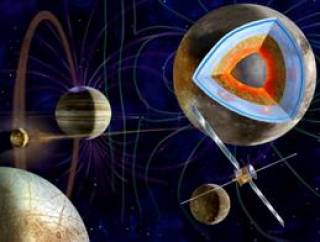