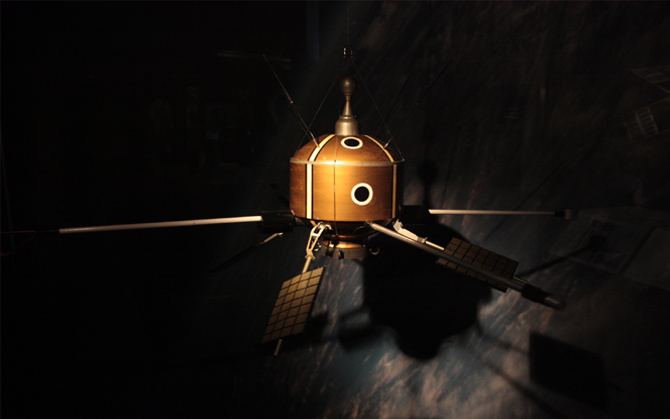 Ariel 1 was designed to contribute to the current knowledge of the ionosphere and of sun-ionosphere relationships. The satellite was a 62-kg cylinder with a 58-cm diameter and a height of 22 cm. A tape recorder and instrumentation for one cosmic-ray, two solar emissions, and three ionospheric experiments were on board the satellite. Except for failure at launch of the solar Lyman-alpha experiment, the spacecraft operated nominally until July 9, 1962. Between that date and September 8, 1962, spacecraft operation was limited. The spacecraft was operated again from August 25, 1964, to November 9, 1964, to obtain data concurrent in time with Explorer 20 (64-051A).