This project was undertaken in association with EADS Astrium (Stevenage) under contract to ESA. The project was to construct for the first time an Engineering model 50 mK ADR cooler 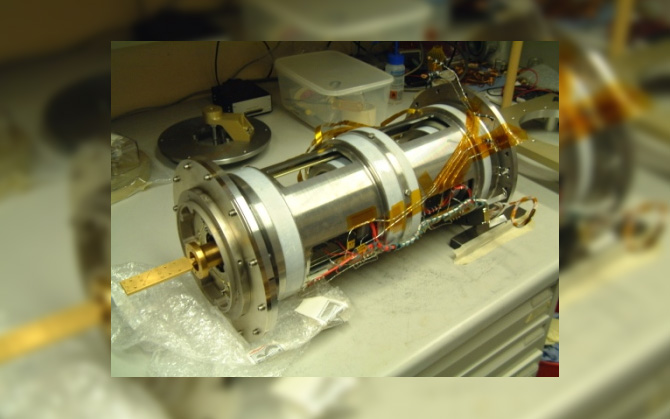 Some of the key requirements were:

Formal transfer of system to ESA occurred in June 2008.

(System has stayed at MSSL on loan for continued component development)

The system comprises of a double ADR. The figures show a 3 D solid model cut away view and the real assembled cooler without the cold finger magnetic shield. 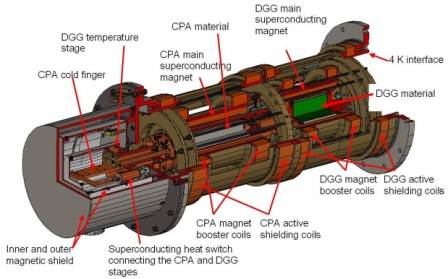 The system works well with a base temperature of 25 mK when operated from a 4 K environment.