At 6:29pm yesterday, the SpaceX CRS-22 commercial cargo rocket successfully launched on a Falcon 9 rocket from the Kennedy Space Centre, carrying the DISCOVERER SOAR cubesat to the ISS. One of the key payloads of SOAR is an MSSL-built Ion Neutral Mass Spectrometer (INMS). 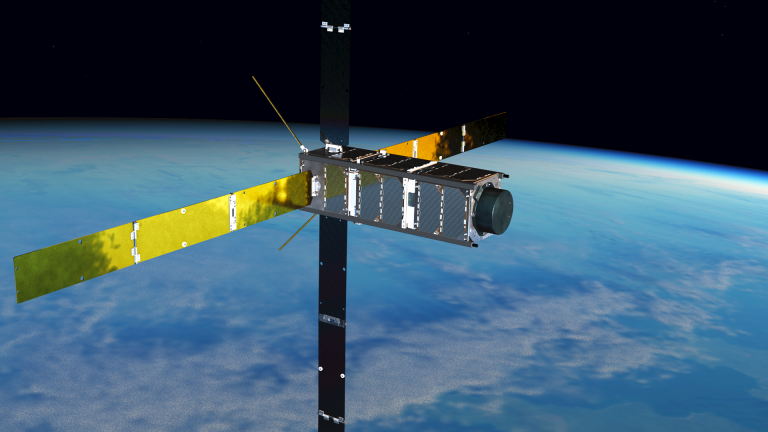 Led by the University of Manchester, the DISCOVERER programme is a €5.7 million Horizon 2020 programme designed to develop technologies to enable spacecraft to operate in very low Earth orbit (<400 km altitude). SOAR (Satellite for Orbital Aerodynamics Research), a 3-U cubesat, is a technology demonstrator that will test and characterise the aerodynamics of different materials. The INMS will enable the spacecraft to sample the atmosphere that it is flying through, supporting the investigation of these drag-reducing materials, as well as providing new information about the variability of atmospheric drag effects, thermospheric chemistry, and the impact of space-weather on the upper-atmosphere.

MSSL has a strong heritage in flying particle detectors in space, including plasma analysers onboard the Giotto comet mission, the Cluster II mission studying Earth’s magnetosphere, the Cassini mission to study Saturn, and Solar Orbiter studying the links between the Sun and the solar wind. Technological developments have meant that the underlying technologies behind these instruments have been shrunk down, making them capable candidates for cubesat missions. The INMS was developed and successfully flown as part of the EU-funded QB50 mission. 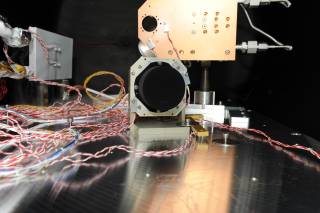 SOAR is one of a number of cubesats being launched to the ISS on CRS-22 by the Nanoracks commercial launch service. After arrival onboard the ISS, these cubesats will be launched from the Nanoracks launcher using the ISS’s robotic arm. The expected launch date is the 14th of June, with operations and science data expected to be returned from mid-July.