The international team developing the Soft X-ray Imager (SXI) for the ESA/CAS SMILE mission has gathered at MSSL to present and discuss their progress. 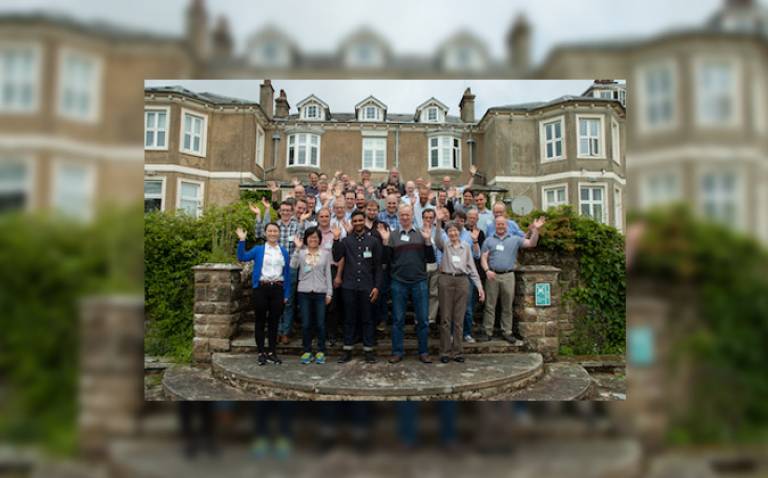 Over the last two days the international team developing the Soft X-ray Imager (SXI) for the ESA/CAS SMILE mission has gathered at MSSL to present and discuss progress in the design (and in some case prototyping) of the various subsystems that make up the instrument. SMILE is a new joint mission between the European Space Agency and Chinese Academy of Science planned for launch in the early 2020s. It will provide novel observations of Earth's magnetosphere by examining x-rays that are emitted when the solar wind impacts on Earth's magnetic field and an exosphere of neutral particles that expands out into space.

Some 40 people attended: In addition to the largest contingent (12 scientists and engineers) from MSSL, we had visitors from Leicester University (who lead the instrument) and the Open University in the UK, and from institutes in Norway, Austria, Spain and the US, with remote contributions from Switzerland and Hungary. There was also representation by our SMILE Chinese partners, and by ESA staff who reported on the overall mission status and provided a careful overseeing of our progress and plans.

The meeting was very informative and productive meeting, which has encouraged very fruitful exchanges among the many participants (all smiling in the photo!).